Yesterday was sunny. Not only that, but it was warm, 60 degrees. It's almost the first time it's been above freezing in two or three weeks. So how did we celebrate? Everyone went into the back yard to play in the mud. Rob was busy spreading straw over the worst areas, but Tess, Noah and Norma Jean all managed to roll in the mud before he got it covered.

While the others played in the warm sun, Morgan and I strolled around the front yard. When we went back inside, I asked if she'd like to taste test the new treats from Chewy. 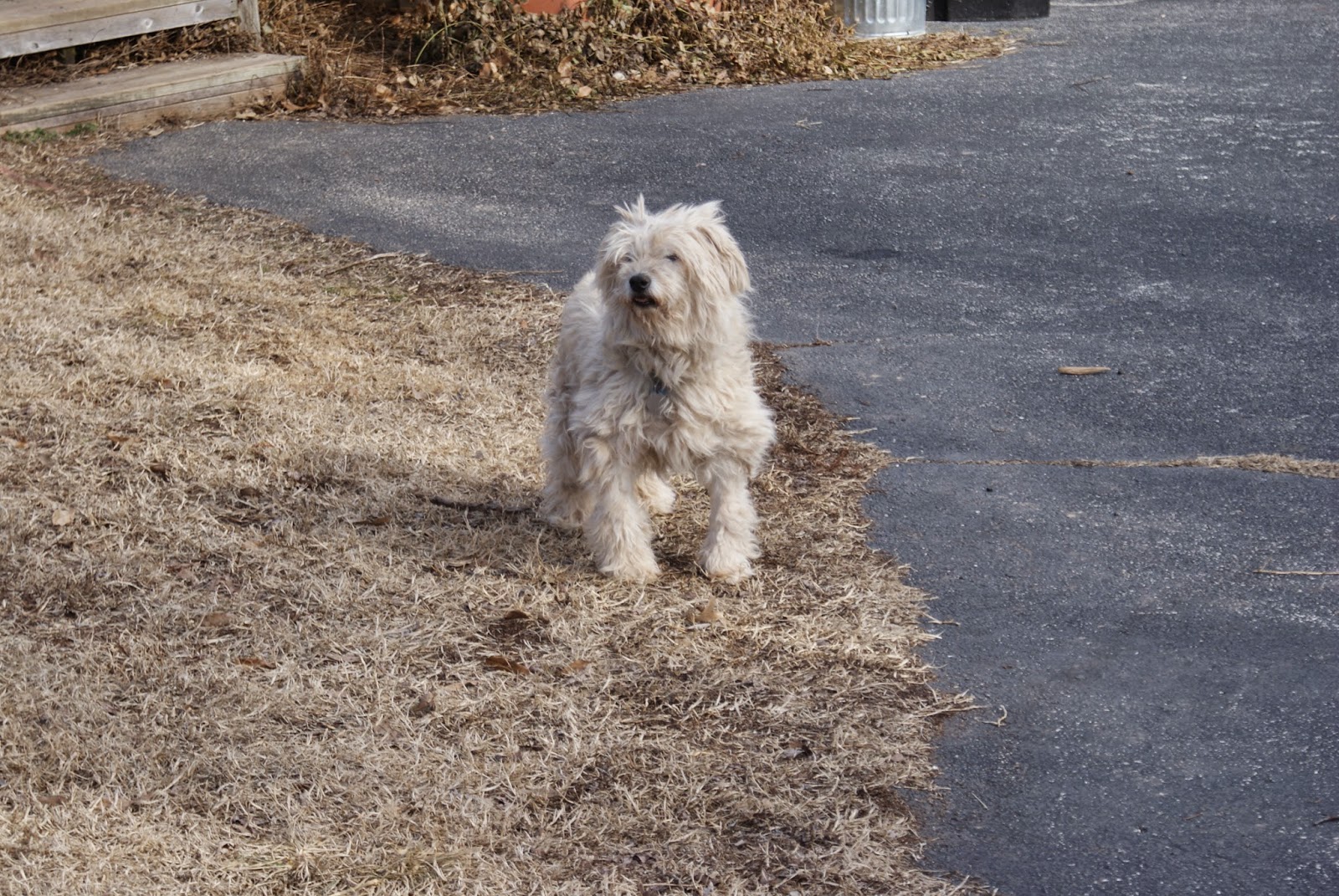 She didn't have to think twice. 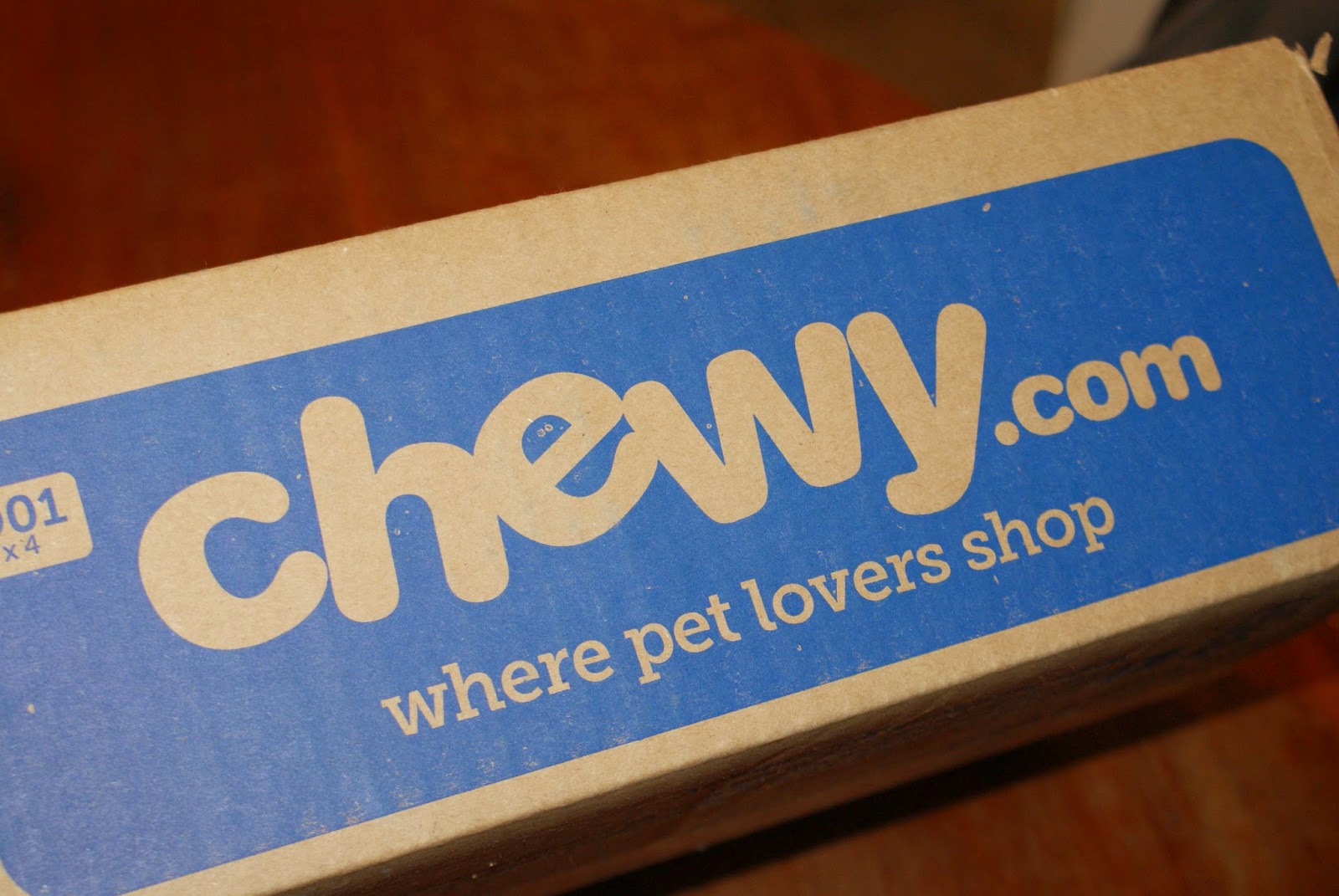 This month we received a box of Nuzzles from The Honest Kitchen. Yes, we have had these before but they were so popular that we decided to try them again. 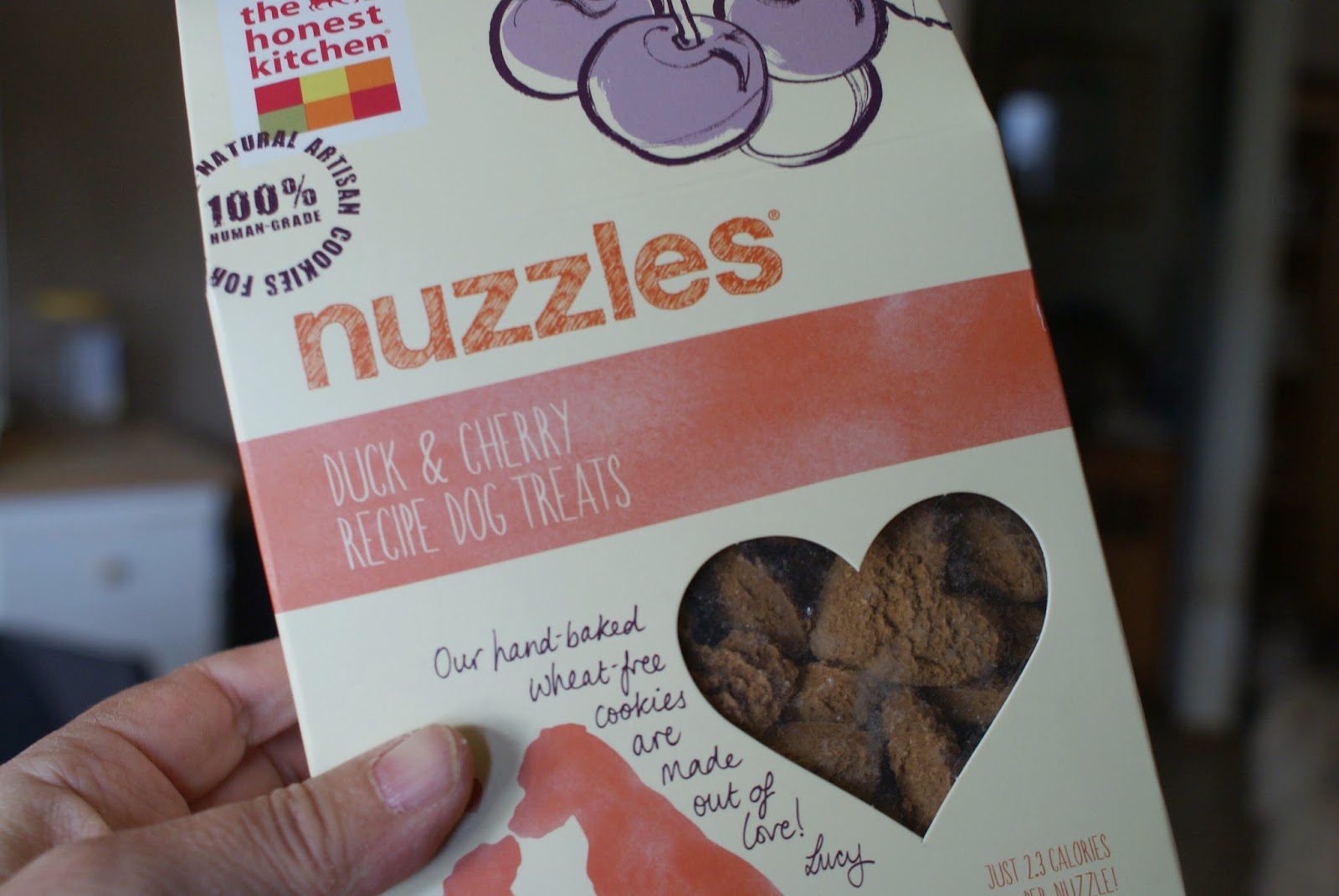 I like the size for my dogs, not too big and not too tiny. We got the duck and cherry flavor because it's something that Fudge and Noah can share and not upset their special diets.

I opened a corner of the package so Morgan could get a good sniff. Her tongue started moving automatically, so we proceeded with the taste test. 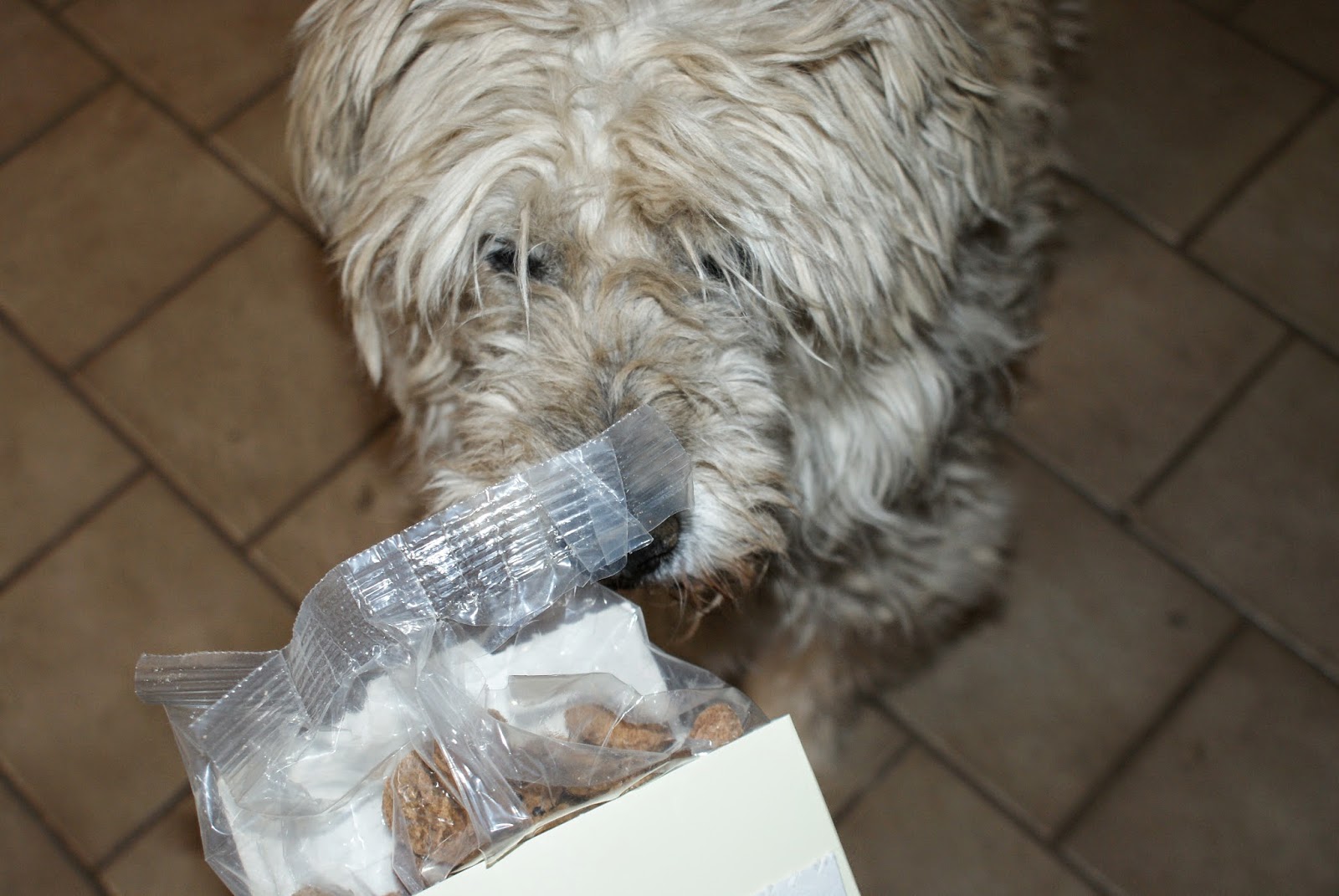 Yum, the verdict is GREAT! 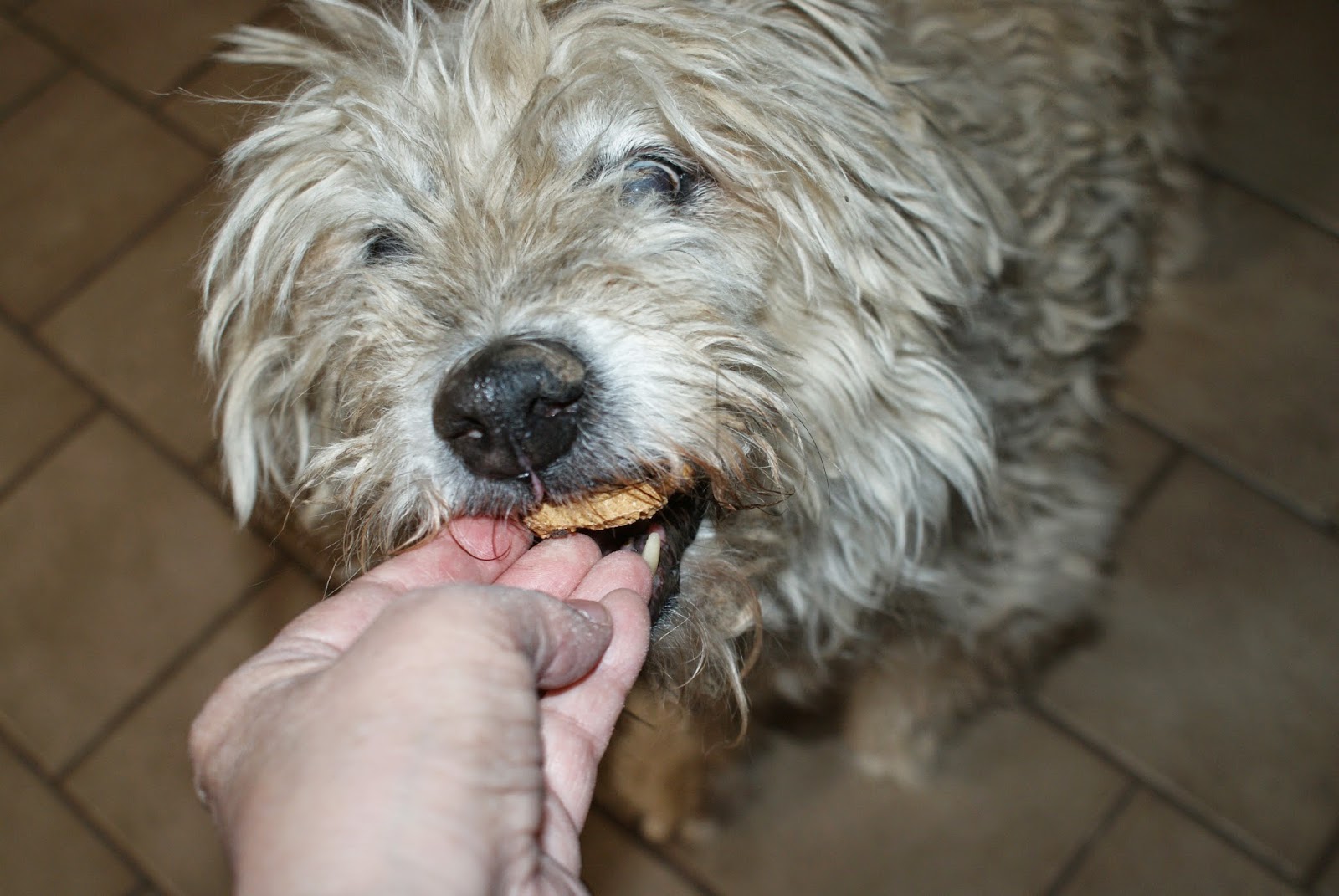 She even suggested that she try a second just to be sure. After the third, she agreed that these are very, very good treats and suggests you all try some. 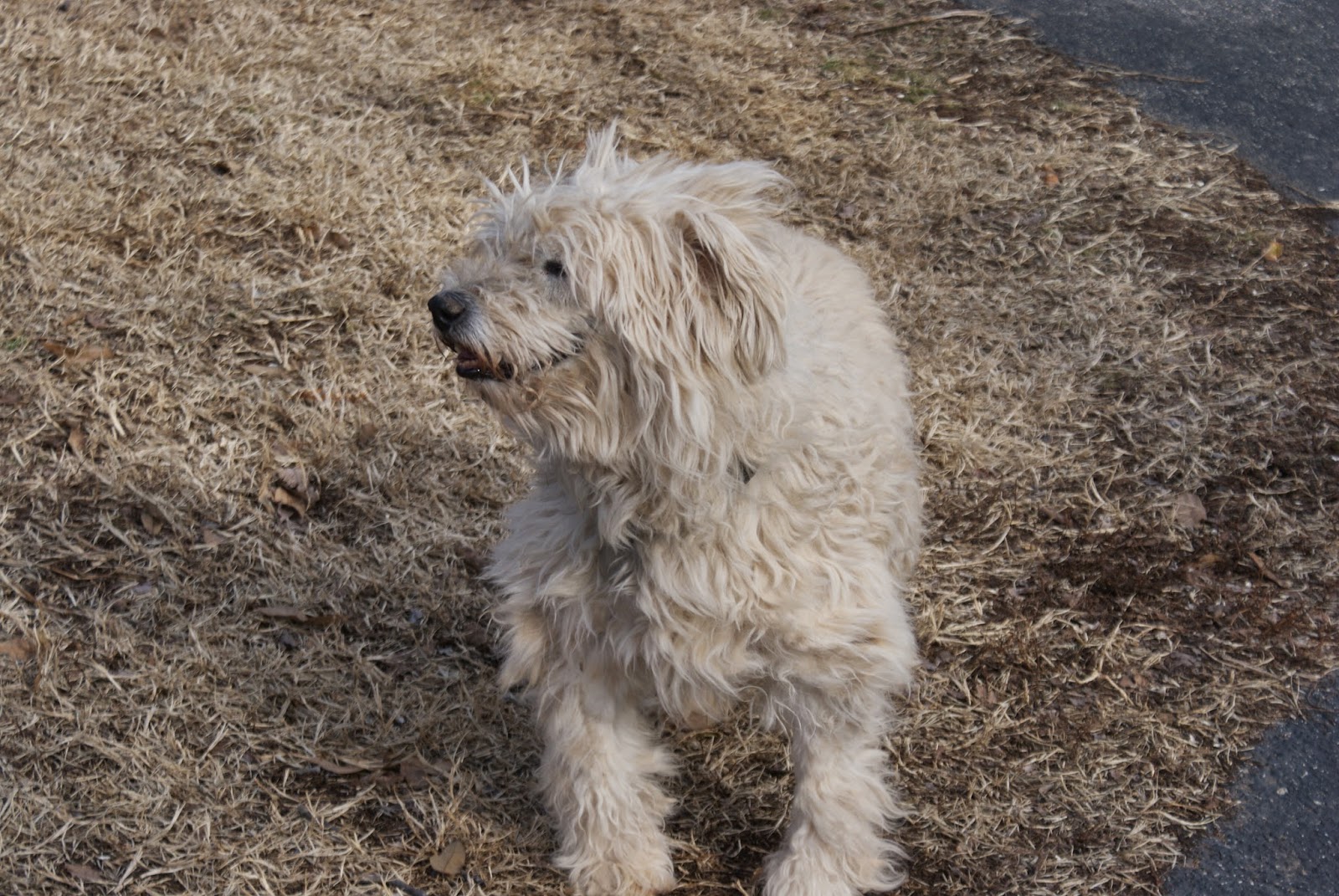 She didn't tell any of the others what we'd been up to, but I decided to let them each have one when they came inside to rest.  Nuzzles are made in the USA with barley flour, duck, molasses, water, eggs, coconut oil, cherries and parmesan cheese. No wheat and they're only 2.3 calories each in case you're watching your weight. Morgan says they're perfect and Morgan knows her treats.

They sound like a winner! You'll have to get more of those.

Glad your weather is warming up enough for games in the yard.

We got 40 degrees and really overcast today - for about 2 hours. It's been cooling off since then. But, it's January, and I can hibernate. Glad the pack enjoyed their sunny day.

Three treats, Morgan! They must be very, very good! We NEED some of these!

Those things are so good
Lily & Edward

It was nice up here today but it was pretty windy and cool yesterday. I'm glad the pups were able to get out and play. Those treats look wonderful.

You go Morgan! Great to see you! Those Honest Kitchen treats sure look yummy!