Over the weekend it suddenly turned cold. Really cold!! The dogs don't seem to even notice the temperature. They race around outside and chase each other up and down the hill. 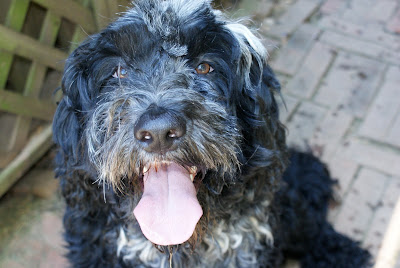 When the pups were little they developed a game. One of them would get in front of the others and face them. The one in front was 'It' and would suddenly start running with the others giving chase. 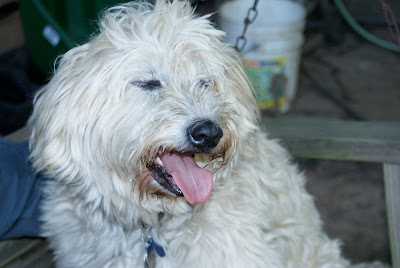 If the one that was 'It' needed a rest, he or she wold run under the trampoline. The others could get on top of the trampoline or stand around it barking, but they couldn't touch the one resting underneath. Those were the rules they made up. 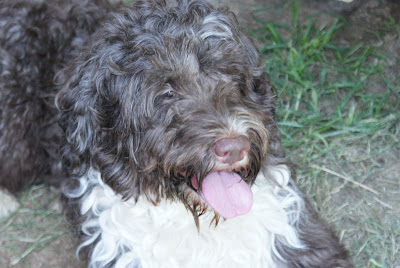 When 'It' was rested, he or she would come out and start running again. At some point in the game, someone else would become 'It' and the chase would start up again. 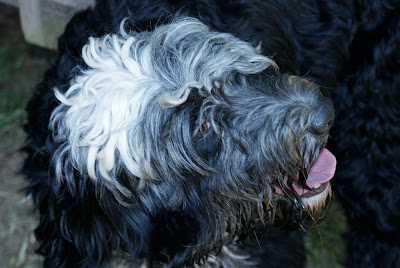 Eventually they all got too big to crawl under the trampoline. When that happened, they chose the swing to be the safe place. 'It' could run under the swing and although he or she was fully exposed, the others would wait till 'It was ready to run some more. 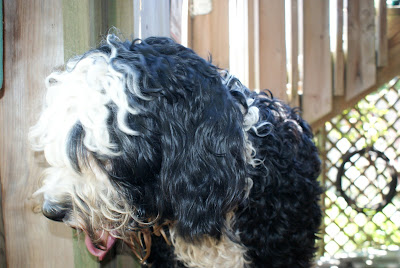 Last week Rob raised the legs on the trampoline and once again the dogs can fit under it. They noticed right away and suddenly they had their safe place back again. Now they use both the trampoline and the swing. After a good game of 'You're It' the panting begins.
Posted by Sue at 8:47 PM

I'm glad the game has returned! It sounds like they can entertain themselves with quite a while with it.

Isn't is neat to see dogs come up with ways to play?

My dogs certainly enjoy the changing seasons (Spring & Fall) much better than Summer and Winter. It's just not too hot or too cold. And man has it been cold here - in the 20s.

Glad to see you are back and feeling better. g

It's really funny that they invented their own game! Sounds cute!

This is such a sweet game - I love to see animals play and figure out the rules - it's the same way with cattle too - they have societies and games and I love watching them.

I love how they figured out a safe spot! What smart little boys and girls. My Emma is always trying to get someone to chase her, but Tara and Cooper don't have a clue what to do. I usually end up chasing her, but I'm always ready to quit before Emma is.
:-/

Isn't it funny how they make up their own rules?! Gretchen does the same thing with ANY table; under the table is a Sissy-free zone, so if Sis gets too wild or the little one needs a breather, under a table she goes.

Fun game - guess we might need a few more pups to get that game going here:)

You guys are so creative! We wish we could come and play with you!

what a cute idea, to play games. they are such a united bunch of critters.

Your dogs always have such fun and you are always so creative.
Sorry we are late but trying to get organised this end!!!
We also have no tree up as yet and I thankfully don't have flu.
xx