Last week all the Porties saw the doctor and all had excellent checkups. The blood work was perfect on all six of them. I was ecstatic but I still had the big one coming up. Morgan! 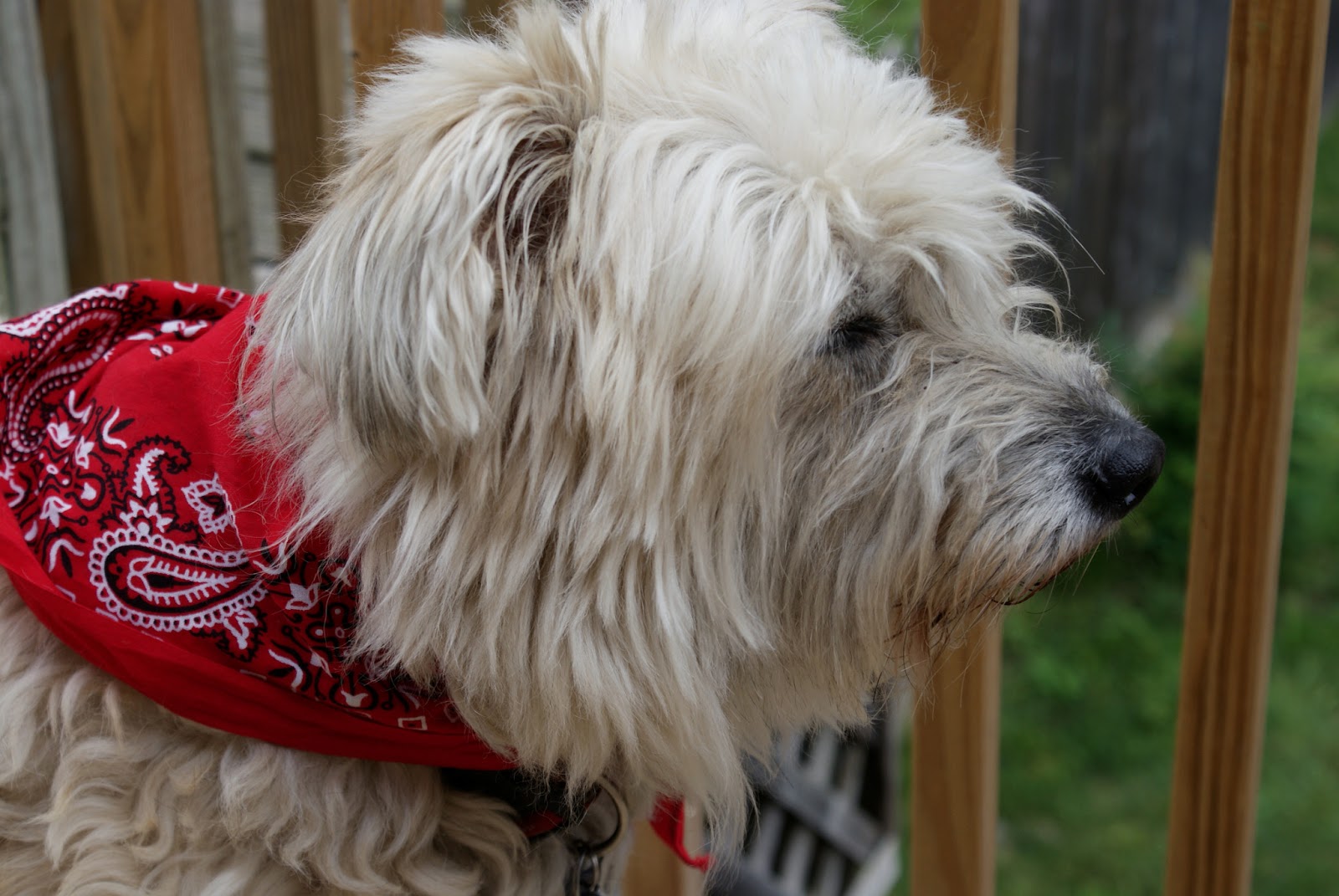 Morgan is 13 1/2 years old now and has had some medical problems in the past. At three she suffered liver failure as the result of a reaction to an antibiotic. She spent a couple weeks in the hospital and survived but has had liver disease ever since. 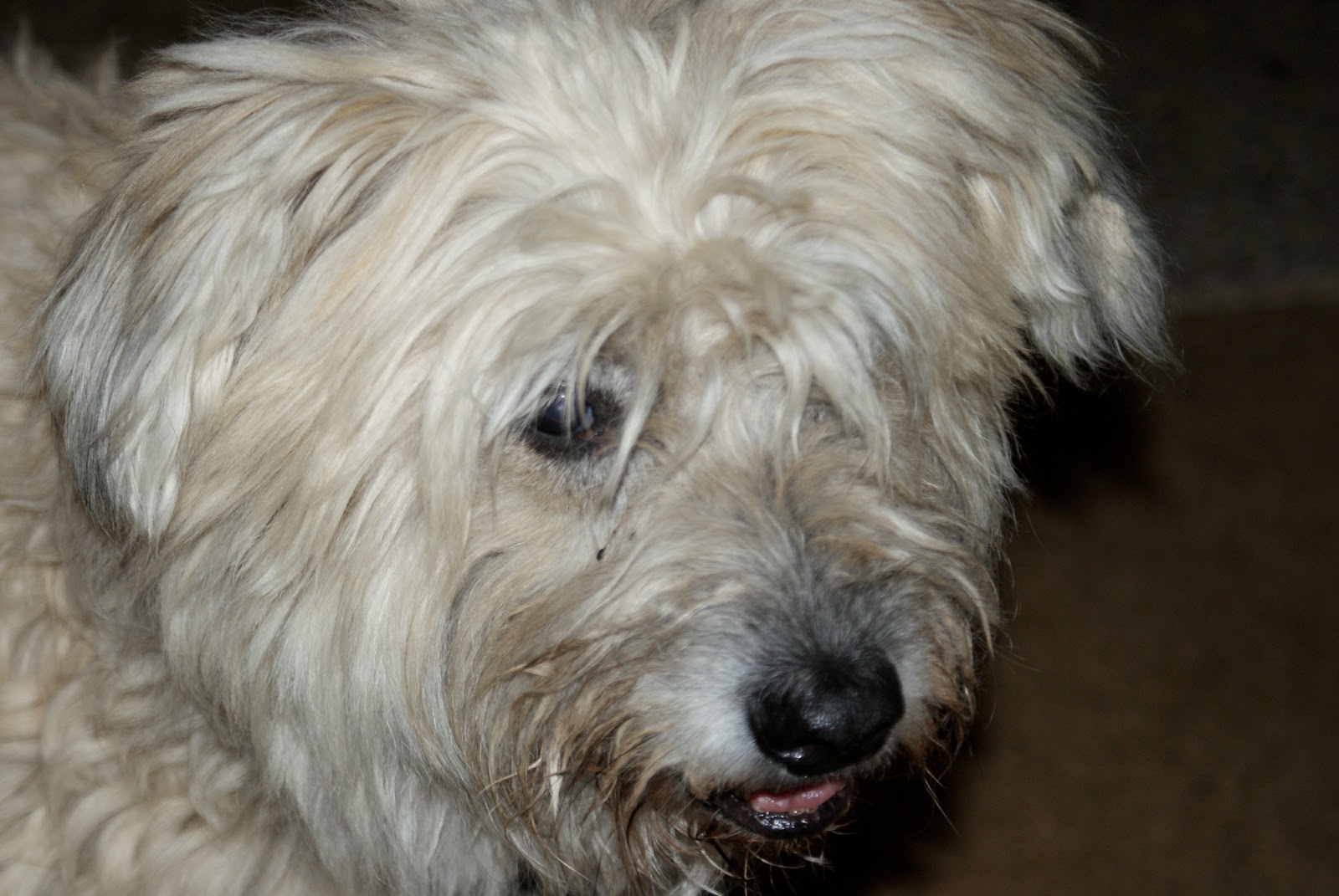 She has always suffered from obsessive compulsive disorder, but five years ago it escalated into a full blown anxiety disorder that caused strange behavior that was dangerous to her and to others. She's taken a combination of anxiety meds ever since.

Two years ago she tore her ACLs in both knees. She has arthritis in both back legs, hips and her left wrist. Her eyesight has been gradually diminishing for several years and at her last exam there was no pupil reaction. 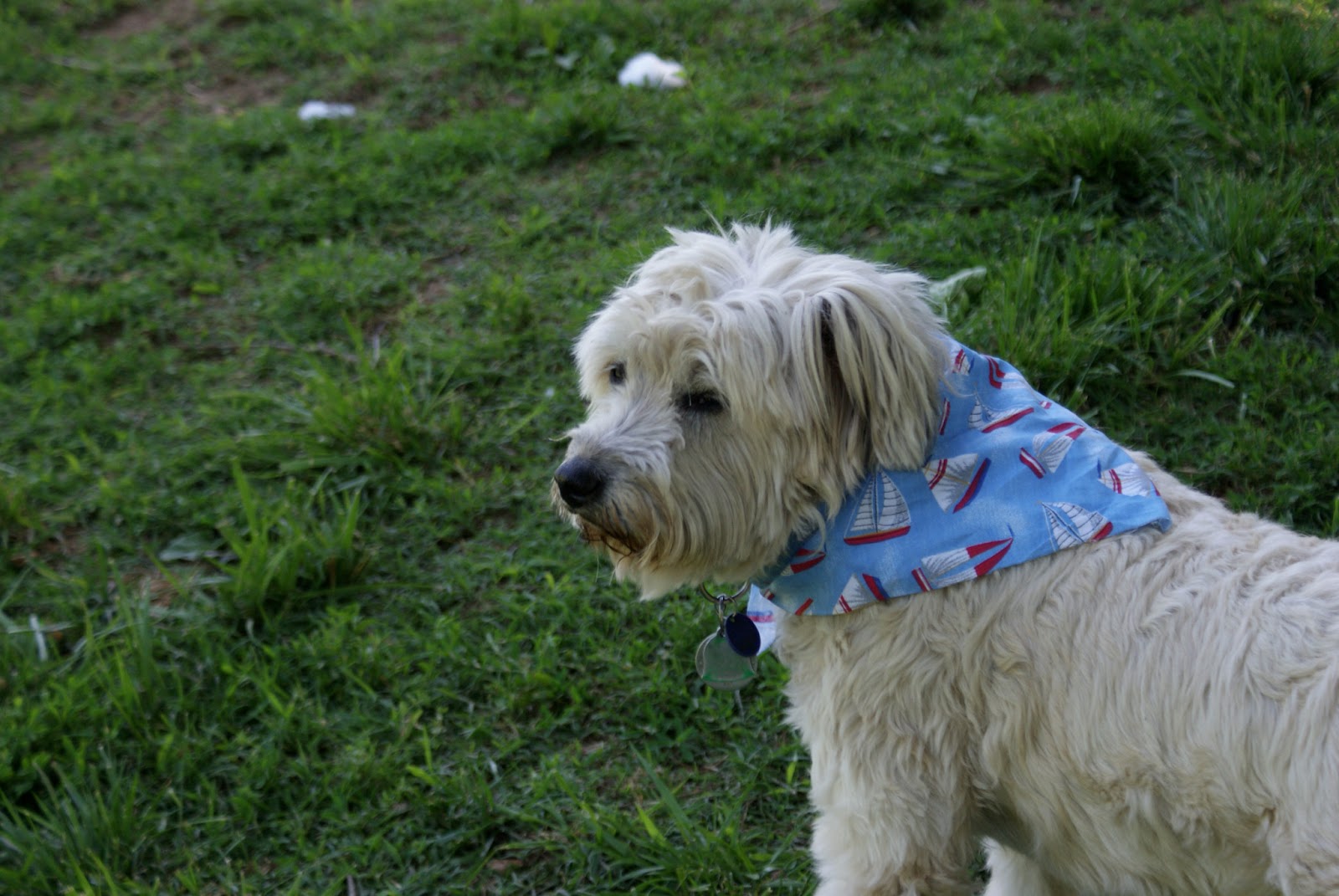 Last year she dealt with the same cryptosperidium infection that took the lives of Samba and Sky. Morgan got hit with it twice over a three month period.

So you can probably understand why I was apprehensive about her vet visit on Friday. 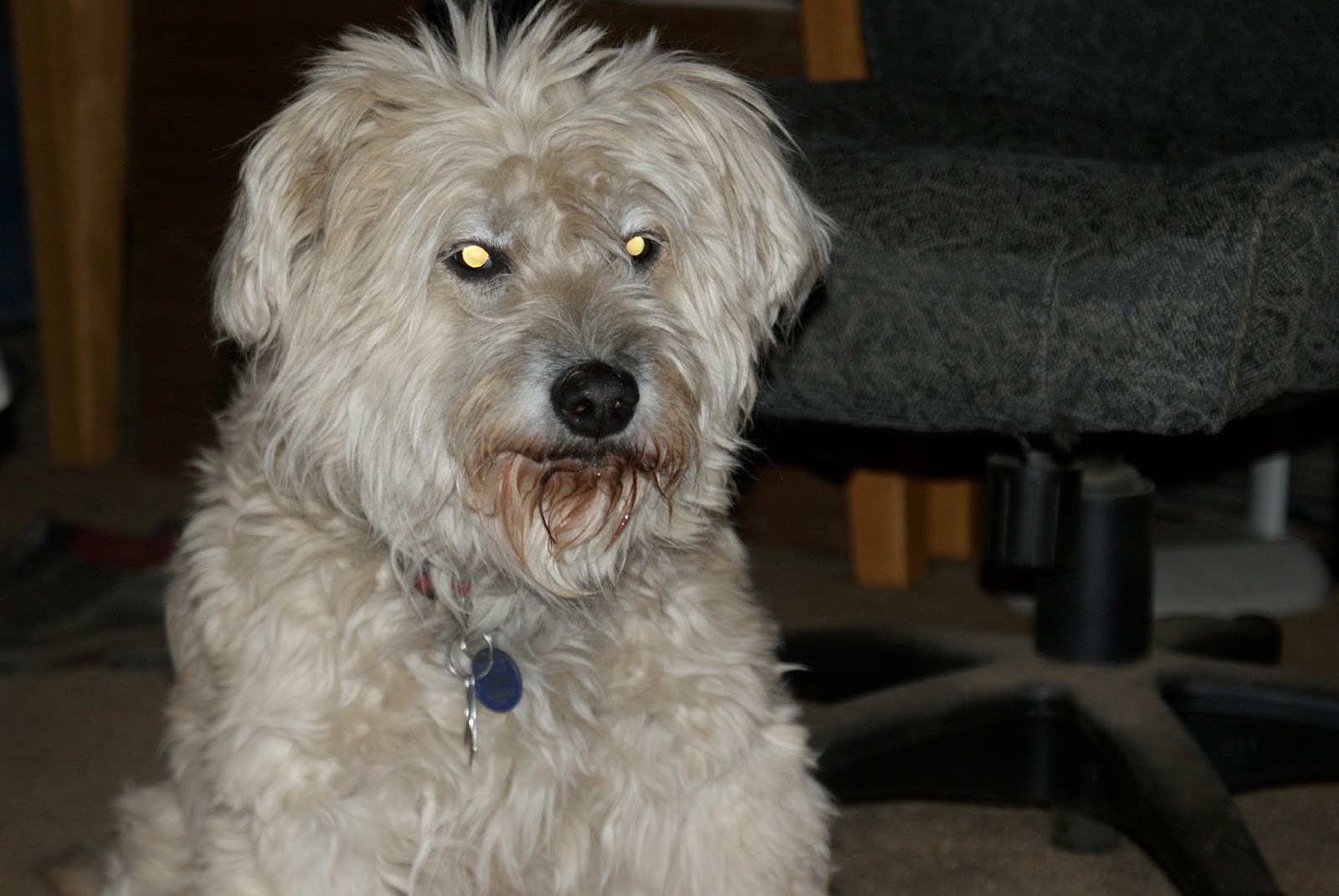 It was an amazing visit! First her weight. She has lost two pounds since January and is at a perfect weight of 42.5 pounds.

Her ears looked good and there was a response in her eyes. Dr B thinks she can probably see as well as a person wearing sunglasses at night. This is an improvement. 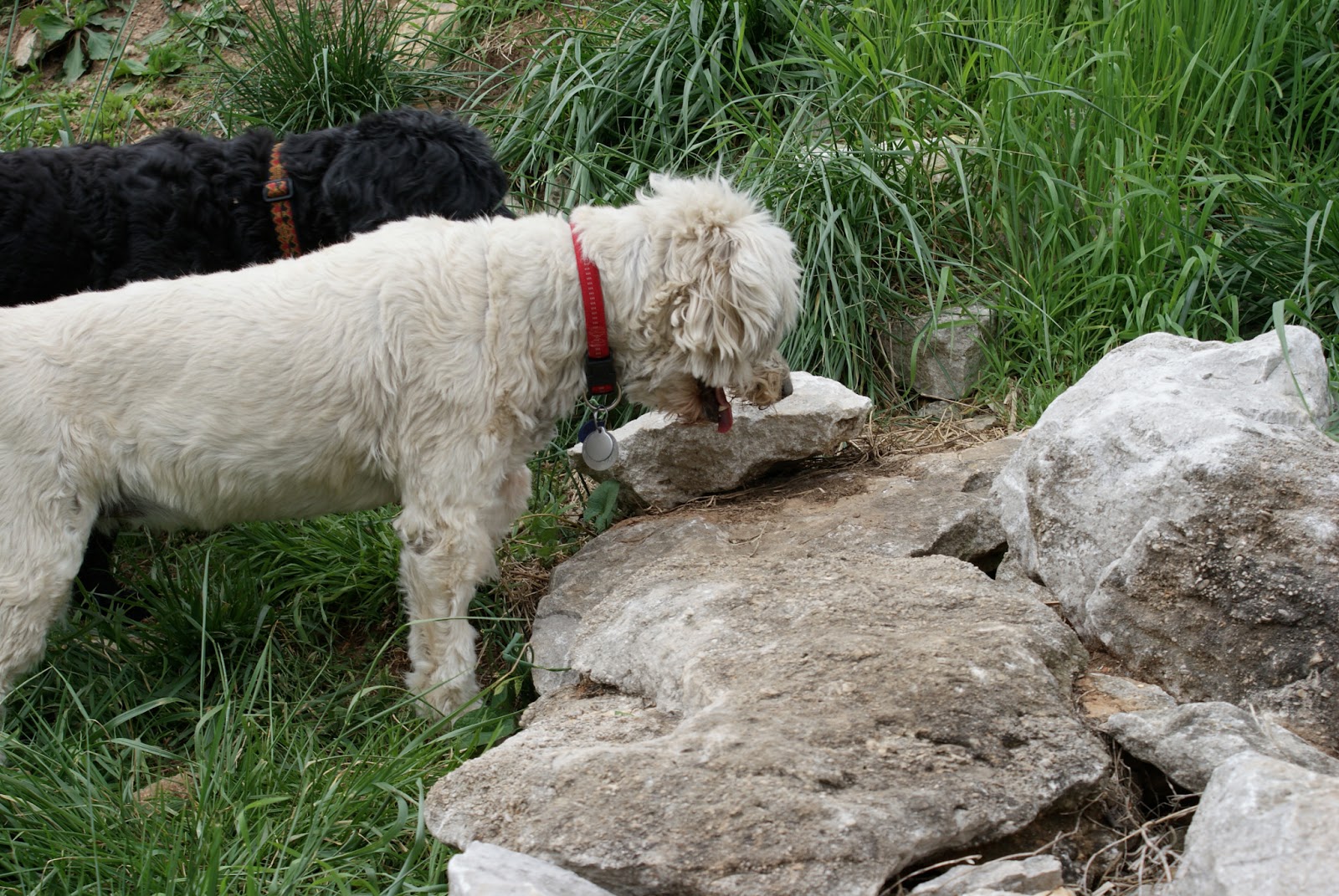 She has a few lumps and bumps but none that look dangerous. If they grow he can remove them with a local anesthetic.

Although she still has her arthritis, she doesn't limp and she gets daily exercise, walking, some running with the other dogs and swimming in the summer. The doctor was amazed that she has actually gained muscle mass. She shows more muscle now than any time in the last four years. He says that's almost unheard of in a dog her age with her problems. 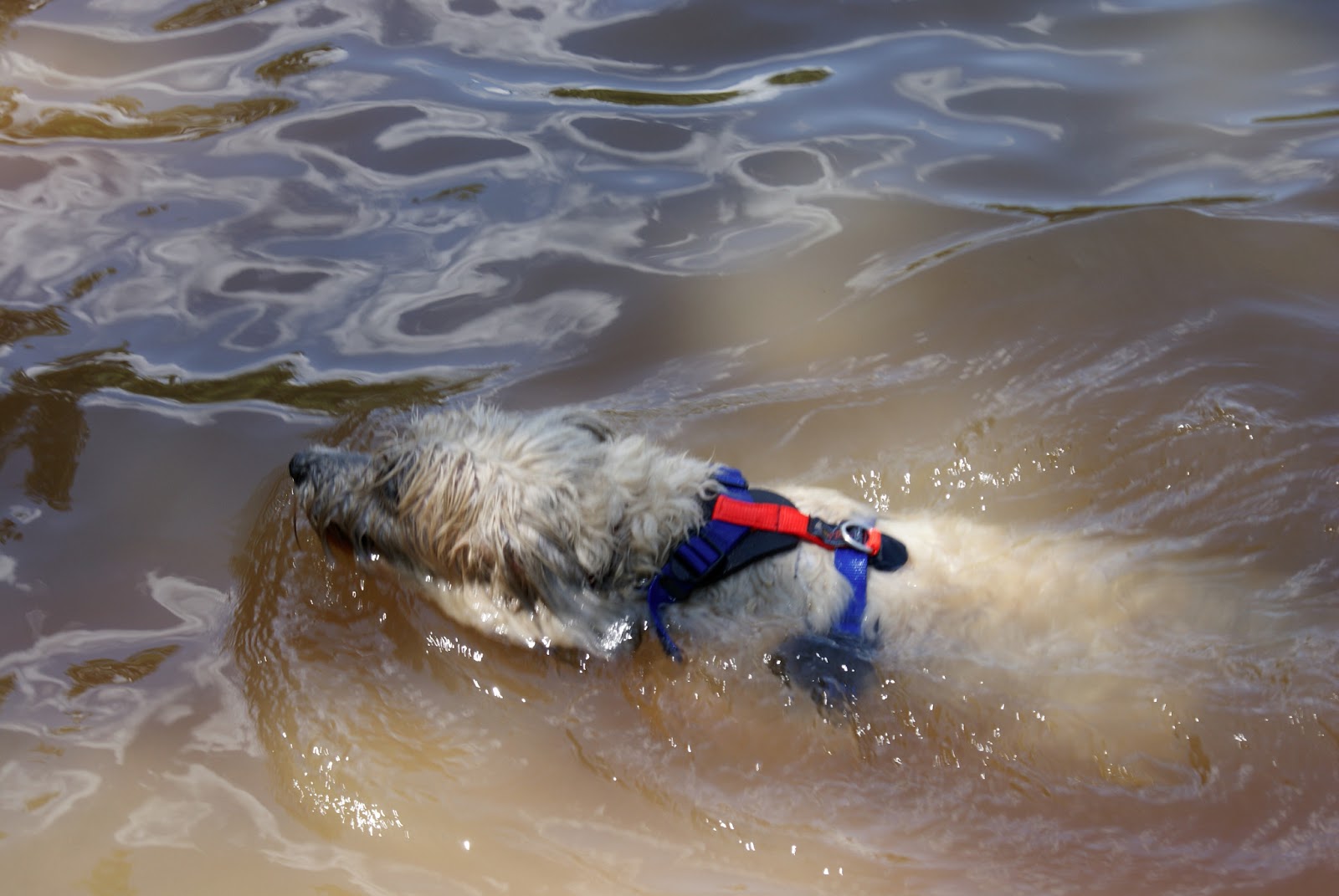 Two weeks ago we started reducing her anxiety meds and she's more alert and active. Though she's getting into a little trouble like shredding toilet paper, she's doing well and seems calm and happy on the reduced dosage. 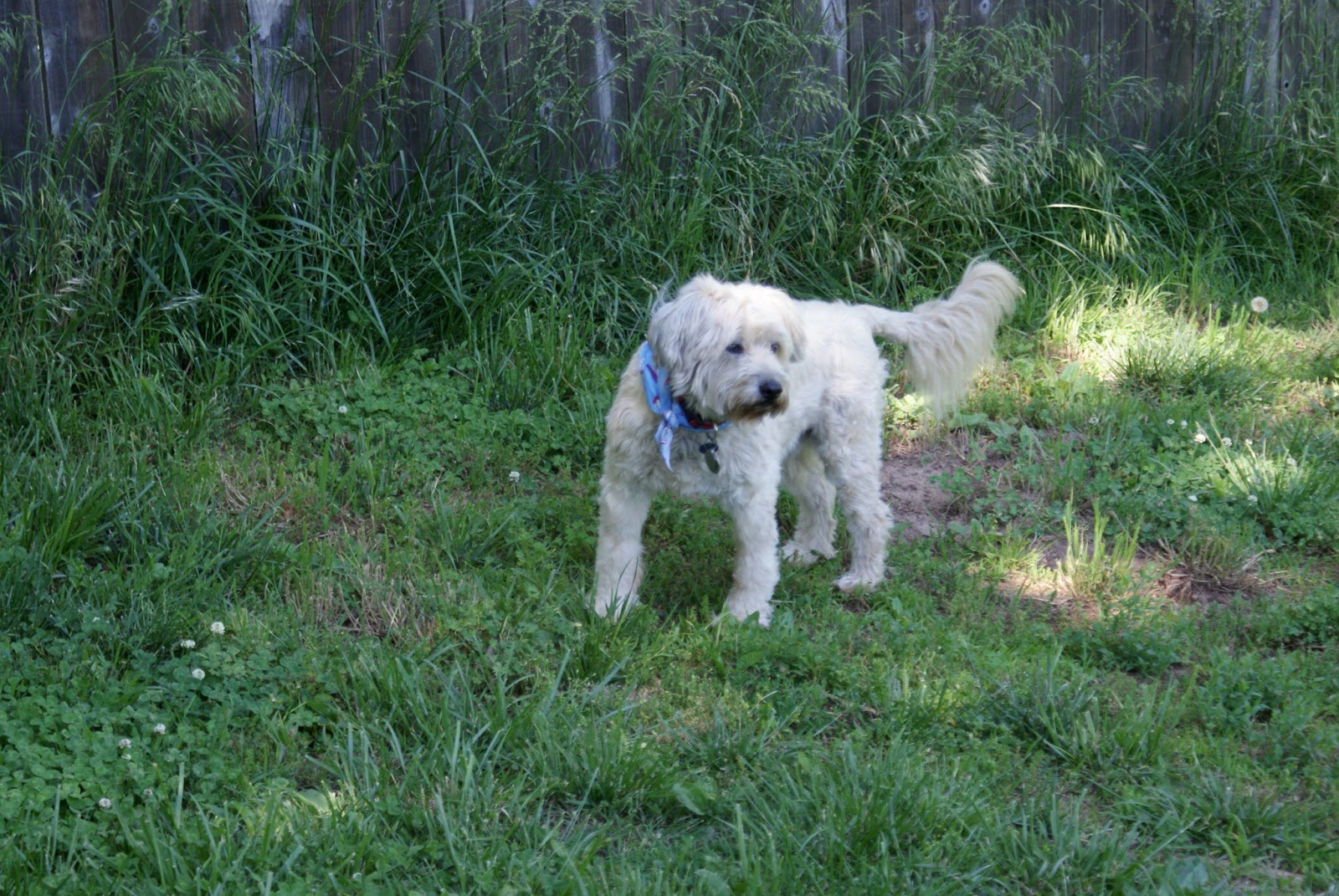 Finally we did the blood test. When it came back it could have been the blood of a young dog. The only red mark was one liver enzyme that's still elevated, but it has come down from 1874 to 1136 since November and an all time high of 3202 last year at this time. Normal is 10-150. 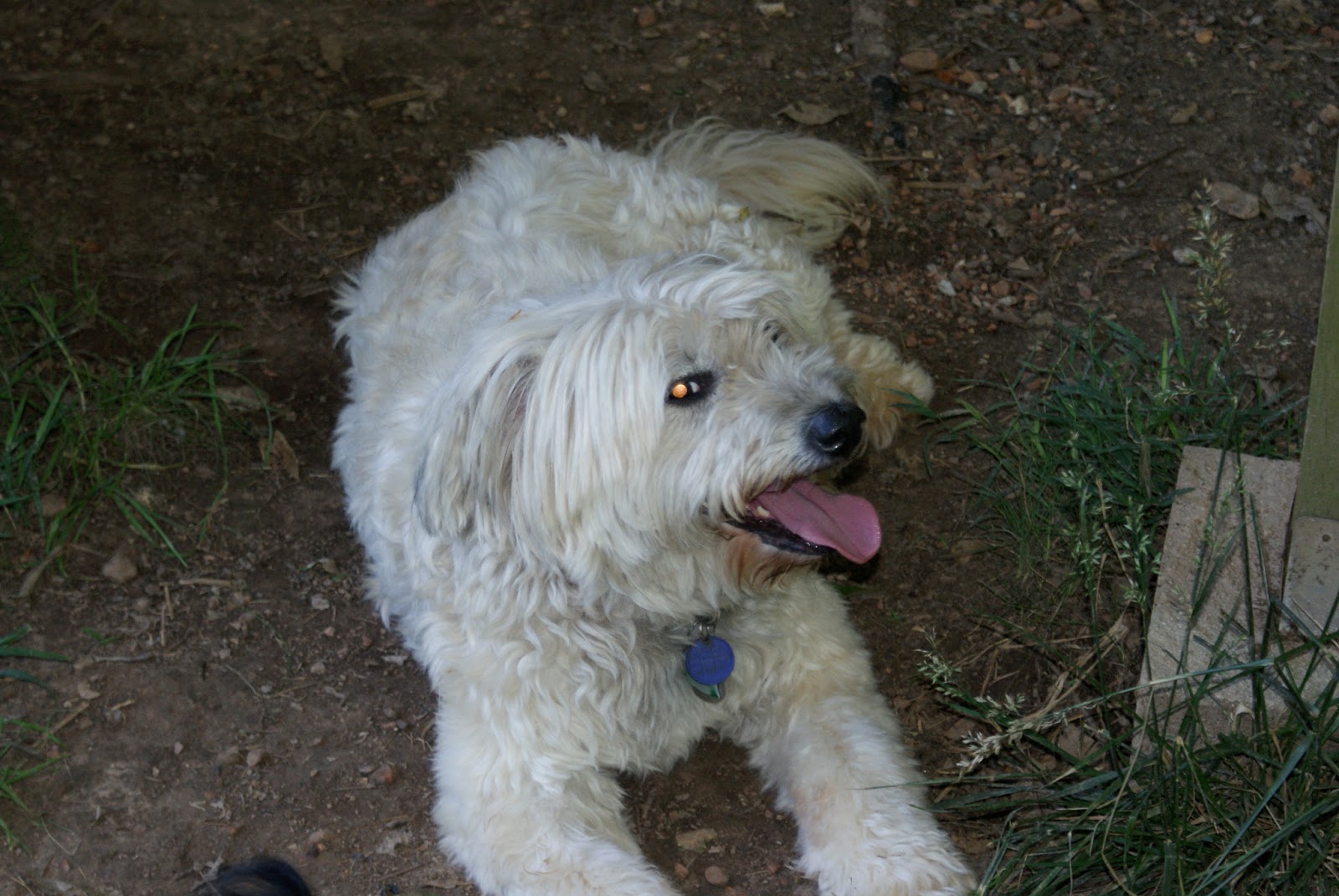 Dr B said that the increased exercise, especially the swimming has helped her maintain muscle and that she may outlive all of us. I guess you can see why I'm feeling pretty happy today.

Hi, I have some arthritis in my front legs and it's a huge concern to my peeps because my front legs are all that I have to get myself around with. It's in my ankles. To help me with this, I'm getting regular laser treatments (about once every 3 weeks) to reduce the inflammation and any soft tissue damage. I also go swimming once a week and I also get acupuncture. We're hopeful that this will help keep me going for a long time. And we're hopeful that everything will be okay with Morgan. My sister has that high liver enzyme thing too and we're not sure what's causing that although we're monitoring it through bllod tests every 6 months or so. Please let everyone know hoe Morgan makes out. Thanks.

Yay for Morgan! That is wonderful news, Sue! Please give her a pat from us. :-)

What an amazing exam that Morgan had. She is a wonder dog indeed! g

Morgan is so lucky to have you :) Hooray for Super Dog Morgan!

That's really wonderful news for you and Morgan. A lil swimming always helps for all of us. Your love and wonderful care made all the difference for Morgan. Good job momma.

Well done! You must be doing all the right things so Morgan can age disgracefully! You go, girl!

What wonderful news this is, Morgan! We are just thrilled for you!

After what you and she went through last year, you totally deserved a great report and you GOT it. Awesome news!!!

What a wonderful report! That gives me great joy for so many reasons, not the least of which is I am hoping my girls - hot mess Sissy too - will have long lives.

OMD!! OMD!!! Oh, this is indeed FABulous news!! I am oh so happy for you, Rob, and your pack!!
I thinks a pawty is in order!!
Congrats, you guys sure deserve it...it's gonna be a good year.
Kisses,
Ruby

Well good for Morgan, here's hoping the doc is right, it's wonderful when and older pupper does so well and continues to have fun!

Hooray for the old girl! I'm so happy to see her improving at this stage; I'm sure toilet paper shredding is a sign of renewed vigor, maybe even second puppyhood!

Morgan is a regular methuselah! That is amazing and really happy news.