We Had A Scare

Morgan is a lumpy dog. A lot of you live with lumpy dogs too and know the worry that goes along with it. For the past six months we've been keeping our eyes on a cyst on her left side. It had a little wart on top of the cyst but Dr B didn't think it was anything to worry about.

Last month when Morgan went in for her six month checkup, I thought about the cyst and since I hadn't checked it in a while Dr B said he would. He whistled and said that it had really grown. When I looked, I was shocked. It was very large and very red. He said that we should probably remove it because if it continued to grow, it would be much more difficult to remove. 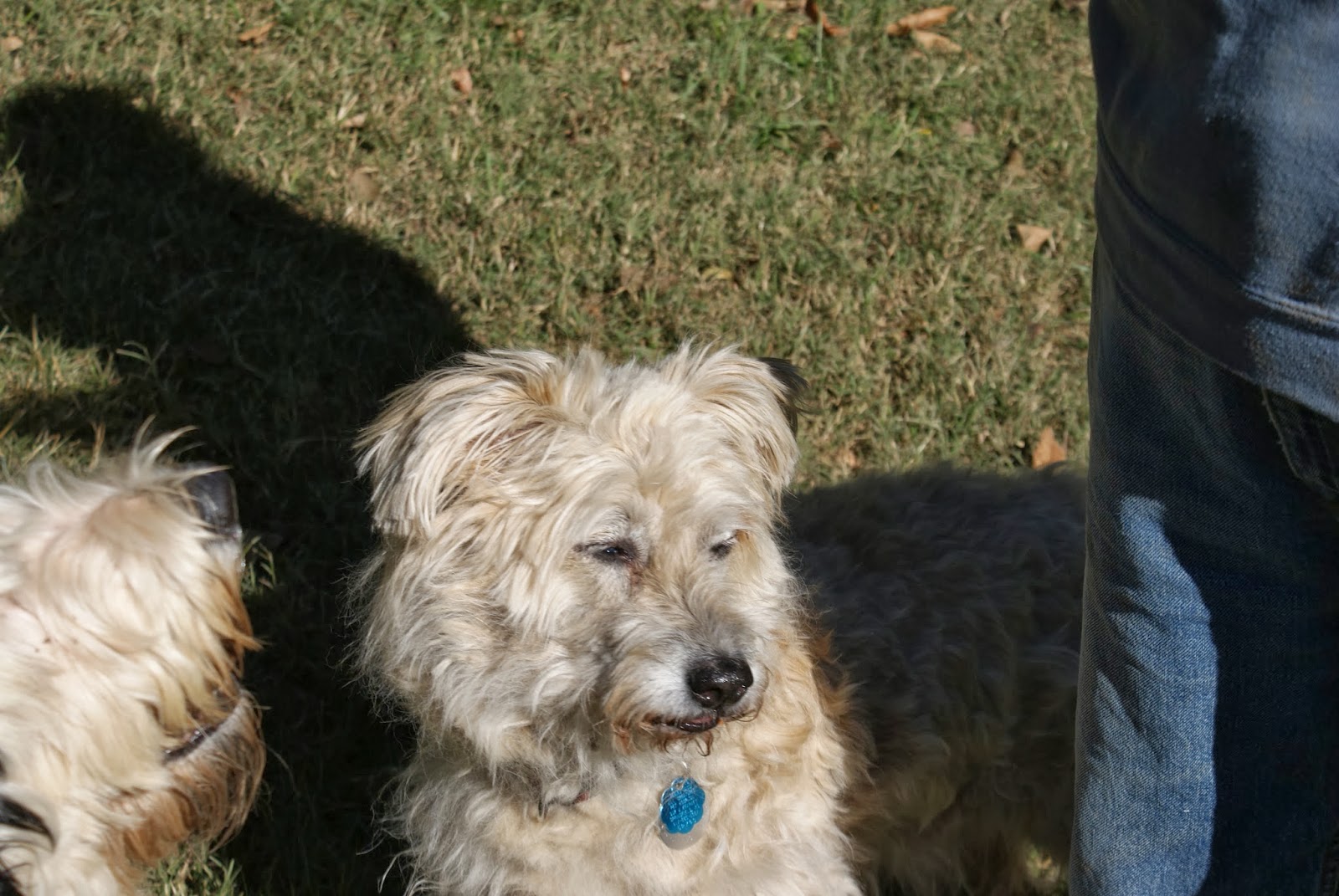 This morning Rob dropped Morgan at the clinic bright and early. He and Nurse Sara looked for the cyst and couldn't find it.  They called me, but I wasn't much help. We decided to leave her there and let the doctor find it. He called me a bit later and said he had found it but that the cyst must have recently ruptured and it was very small. The little wart was still there. We had to decide what to do. We could bring her home and hope the cyst wouldn't fill up again, or he could remove it and the wart and we'd be finished with it. I decided to go ahead and have it removed. He said there was also a small cyst on her leg that he'd like to remove at the same time. I told you she was lumpy.

A little after 2:00 we drove to the clinic to pick Morgan up. When we arrived the receptionist said that the doctor wanted to talk to us. Then she escorted us to an operating room and said he'd be right with us. I told Rob that this didn't sound good and he thought that Morgan might have died during surgery.

When the Doctor and Nurse Sara came in we were prepared to hear the worst news. But we were wrong! Morgan breezed thru the surgery. He removed both cysts easily. He wanted to talk with us because he had planned to use a local for the surgery, but he gave Morgan a very small dose of valium and an even smaller dose of acepromazine and she relaxed so much that he was able to operate. He said she was still pretty out of it and he had wanted to warn us. He also wanted to tell us that she had done so well on such a small amount of drugs that we could use this safely in the future regardless of her age. He was very pleased.

She was wobbly as she walked to the car, but once she was home she demanded her dinner. She's resting now and I'm sure will be back to normal in the morning. She's a tough old girl.

For those of you wondering about Sydney, we have started her on a daily dose of Clomicalm along with her pheromone spray. The combination seems to have mellowed her out a lot. She still needs a lot of exercise during the day, but she and Mac are getting along pretty well. We still monitor them when they're together, but they're currently both sleeping on the same sofa. This may work out after all. 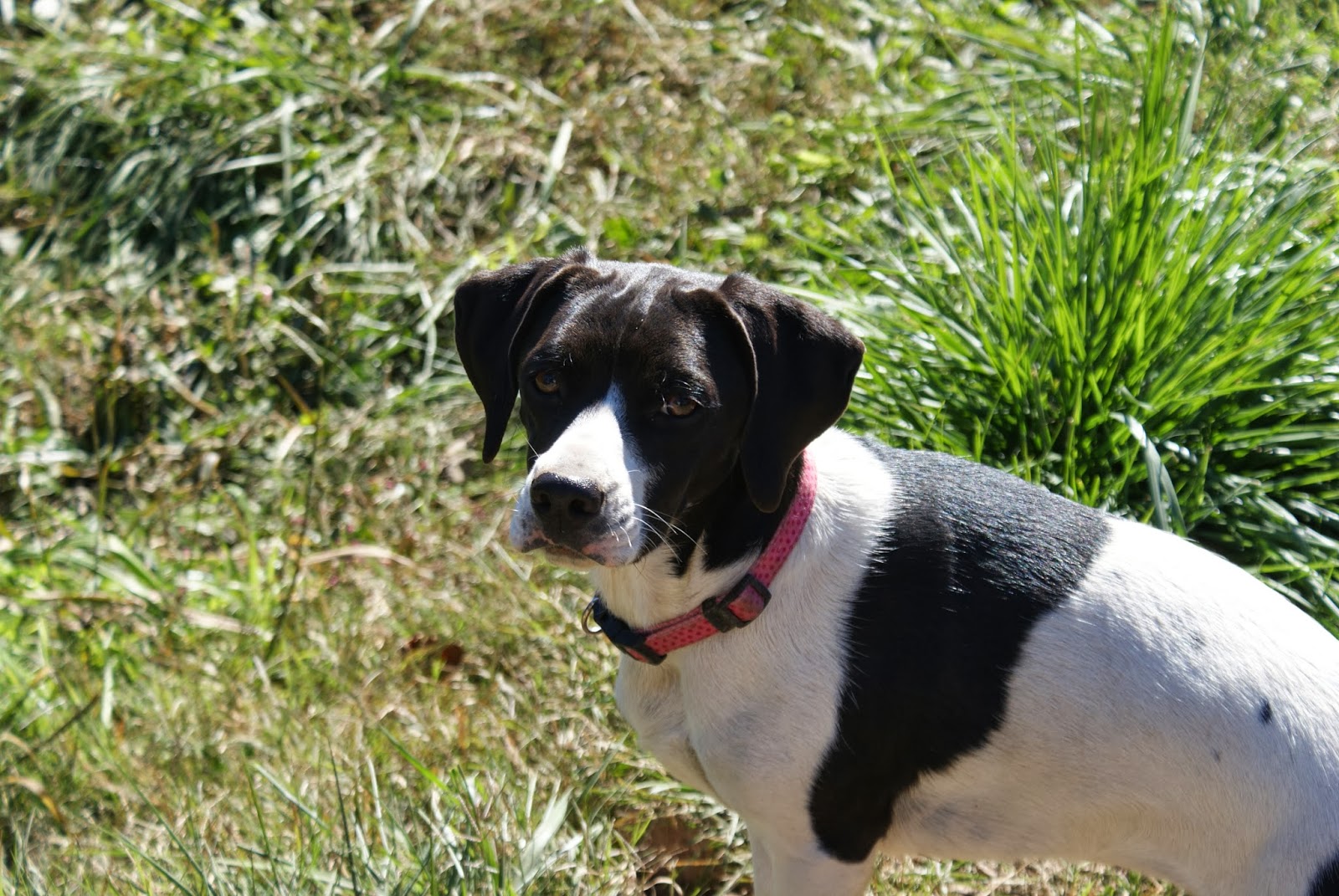 And in the end it sounds like it was a very good day:) So glad things went well for Morgan and things are improving for Mac and Sydney.

YEA!!! You guys deserve some easy times, ya know! Morgan, you rock gurl! So glads you are so calm! Ma is a bit jealous, butts that's her problem...BOL
WoooHooo abouts Sydney! So glads your plan is workin'.
Now, have a margarita and relax...
Kisses,
Ruby ♥

That's incredible. Can't believe that she just breezed through that and everything is fine. Go Morgan!

We'll keep our paws crossed for Sydney and Mac....but that sounds like good news, too.

Good news all around! Bart is a lumpy guy. I totally understand.

Whew! You had us worried there for a minute, Morgan. Thanks doG you came through this with flying colors!
We are so happy to hear this news, Syd!

What a relief that Morgan was able to have surgery with so little medication. If only our Max would be so lucky. He's 16 and has a few warts and lumps that we would like to have removed, but his age (sigh), so it ain't gonna happen.

So happy that Sydney is calmer, you must feel so much calmer too. hugs ♥

I would fire that V-E-T for the scare. Yippppeee for Morgan
Lily

Sam had those - constantly. Always something to worry about! I'm glad she is okay.

Further to my e-mail I have discovered I can comment if I read your blog through Blogger Dashboard.

So glad things worked out so well!

Stop on by for a visit
Kari
https://dogisgodinreverse.com

Good News for both girls! I'm especially happy for Morgan.

Whew!! I'm glad it was good news. Mugsy also didn't need to be put under too often; he had staples put in his front leg with only some lidocaine to numb it. I would have Sissy's teeth cleaned if I could find a vet who would try something similar. :(

Big PHEW !
We were never too sure about lumps, some were benign and were fine for years, never bothering, but others were nasty little blighters. I remember Amie coming back from the vet looking like a patch work quilt.
If they hadn't been removed, they would have caused all sorts of something else. Best to get rid of them.

Pleased to hear about your pup too, hum, well, some are pushier than others :-) x x x x

Oh my gosh! Your heart must have skipped a beat! The receptionist should have told you everything was fine. Glad to hear Morgan did so well. That's great news about Sydney, too.