We faced lots of challenges this week.

It was super cold, the coldest weather we've experienced since living here. Just stepping outside was a challenge. 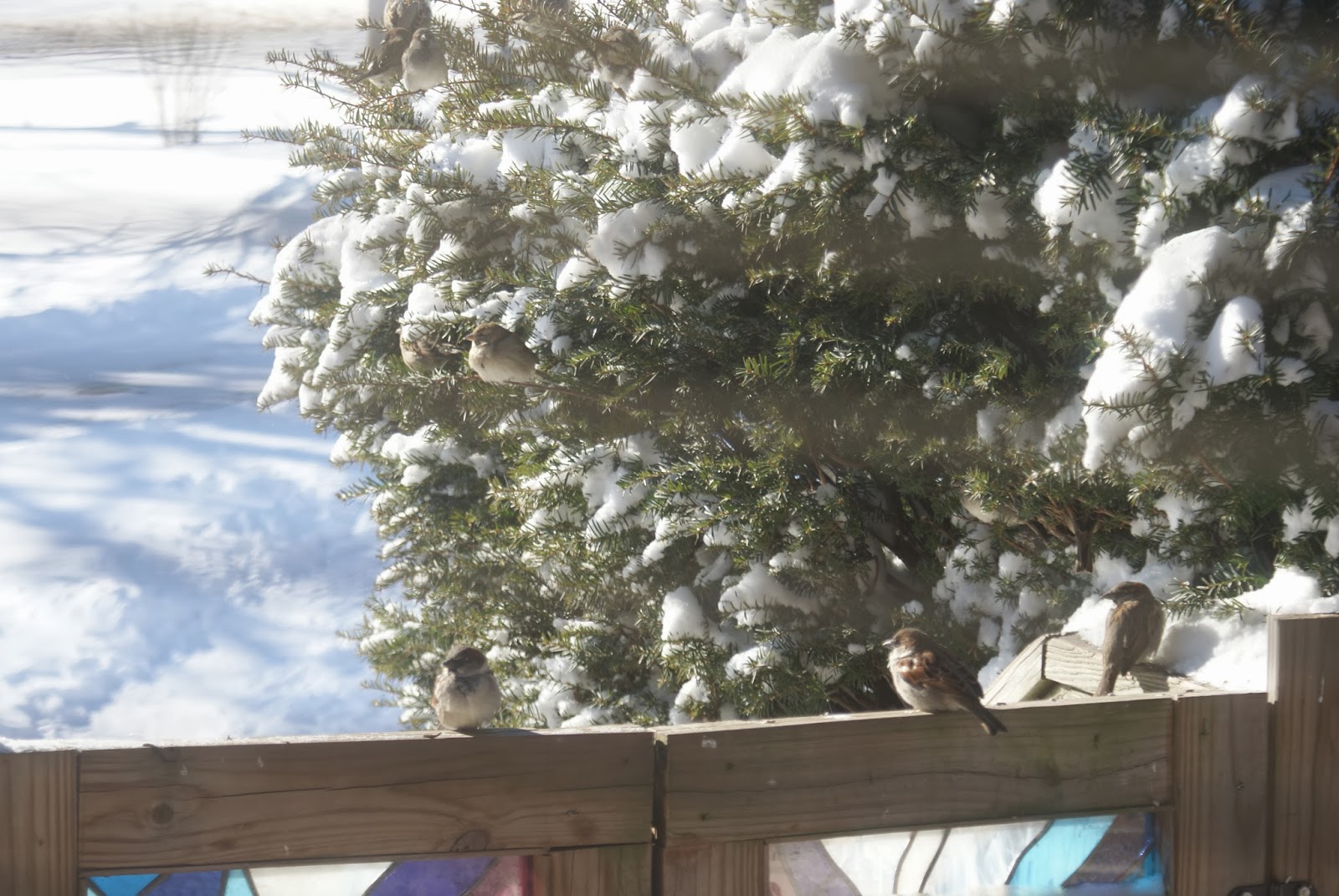 Keeping ten dogs calm and somewhat happy inside for days on end was a major challenge. They were restless and bored and driving each other and Rob and me both crazy.

Convincing them to make their trips outside quick was a challenge. Sebastian wanted to nap in the wading pool full of ice and snow. Noah and Morgan both had difficulty walking because their feet got so cold. The two little girls didn't like the cold and wanted to pee inside instead of chilling their tootsies. 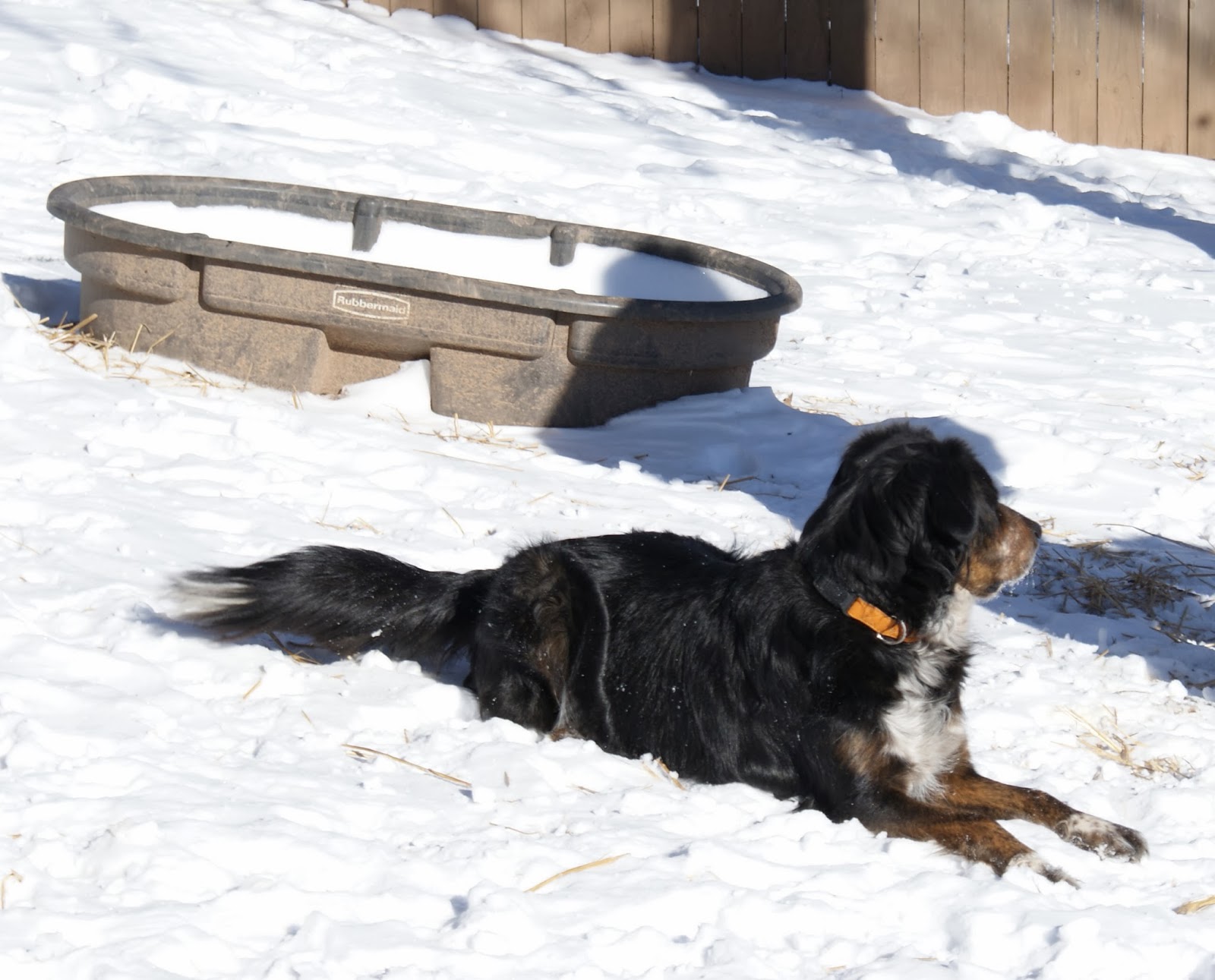 Today it's been raining hard all day, another challenge.

Perhaps our biggest challenge was what to do about Sydney. As some of you may remember, Sydney has a few problems. She has anxiety attacks where she starts trembling, then she starts to growl and snap at the other dogs. The big dogs seem to ignore her bad behavior, but Mac takes it personally and we've had a couple fights. One of the fights was major and we had to rush Syd to the vet with blood pouring from several bites to her face, neck and legs. 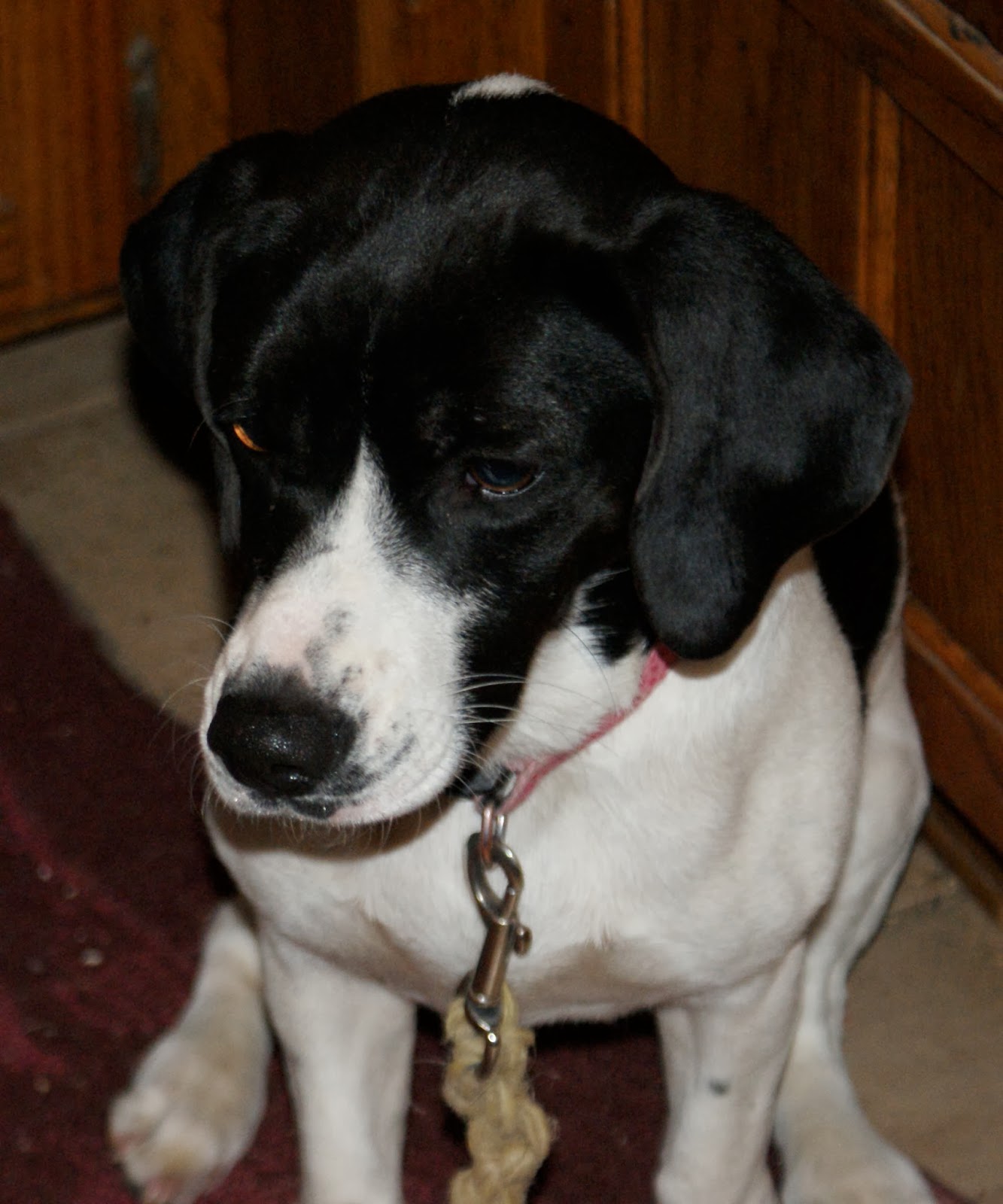 Syd also is not reliably house trained. While Mac comes to tell us if she needs to go outside, Syd will sneak off to find a quiet place to pee in the house if not watched closely. She only occasionally tells us in advance.

While she is mostly a sweet little dog, she needs special care and we considered rehoming her, but instead after several discussions with Dr B, we decided to face the problems head on. About a month ago we started Syd on a drug for anxiety along with the use of a pheremone spray on her collar. Things have calmed down considerably since starting them and the girls can be close to each other without incident in controlled situations. 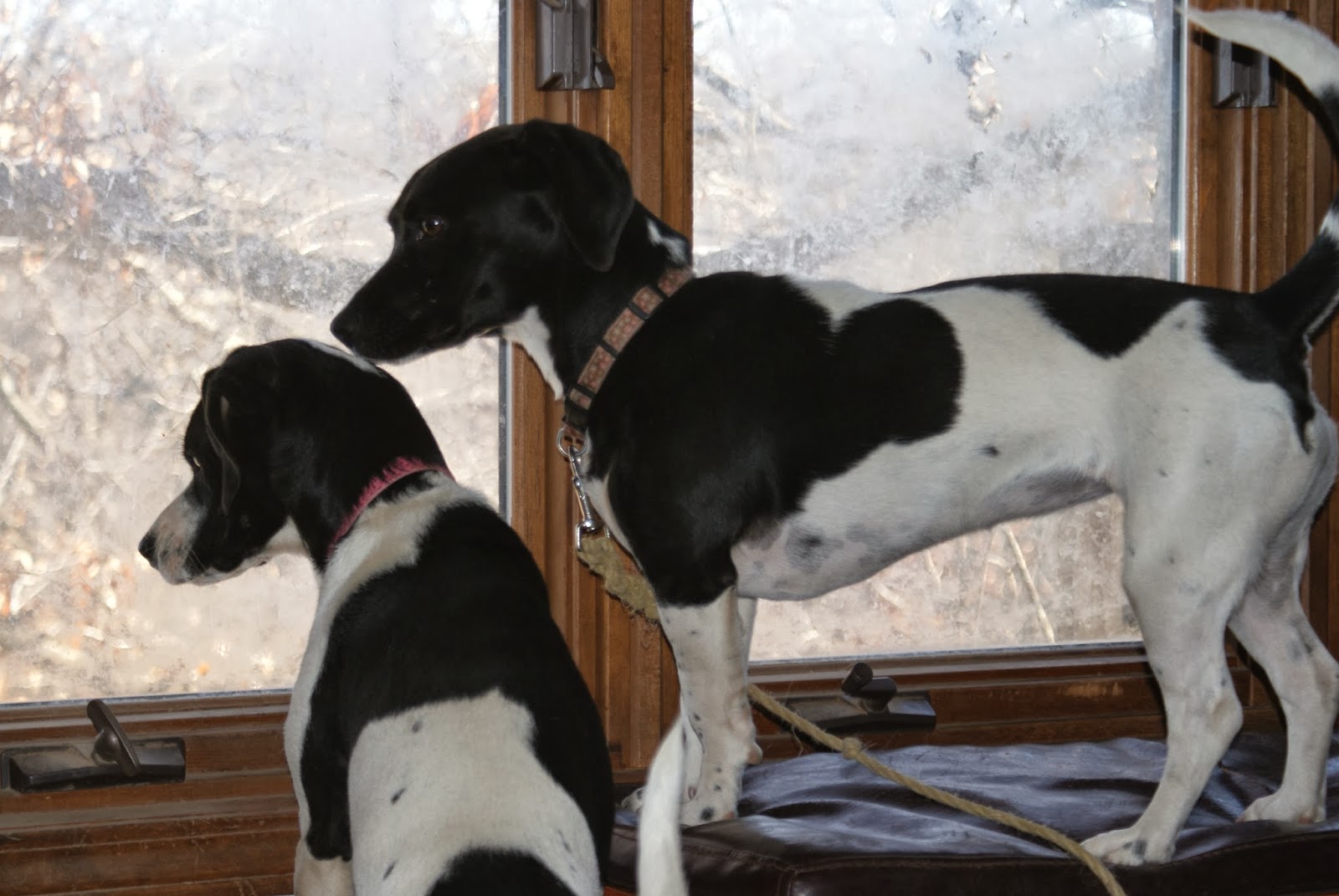 On Wednesday the vet and I had another talk about Syd's urination habits. She spent last night at the hospital and had tests this morning. We wanted to eliminate any physical problems that might be bothering her. He called me mid morning with his diagnosis. Sydney is "emotionally challenged". She checked out fine physically but doesn't handle stress well and becomes very anxious when stressed.

We don't know what exactly causes her to feel stressed and we may never know. We are going to be sure she knows she has a safe spot that is all hers for when she starts to feel anxious. If her current drug isn't working for her anymore, we have an alternative in mind and we'll continue to work with her on simple obedience. She needs lots of exercise. Hopefully she'll outgrow some of this and learn to deal better with stressful situations. 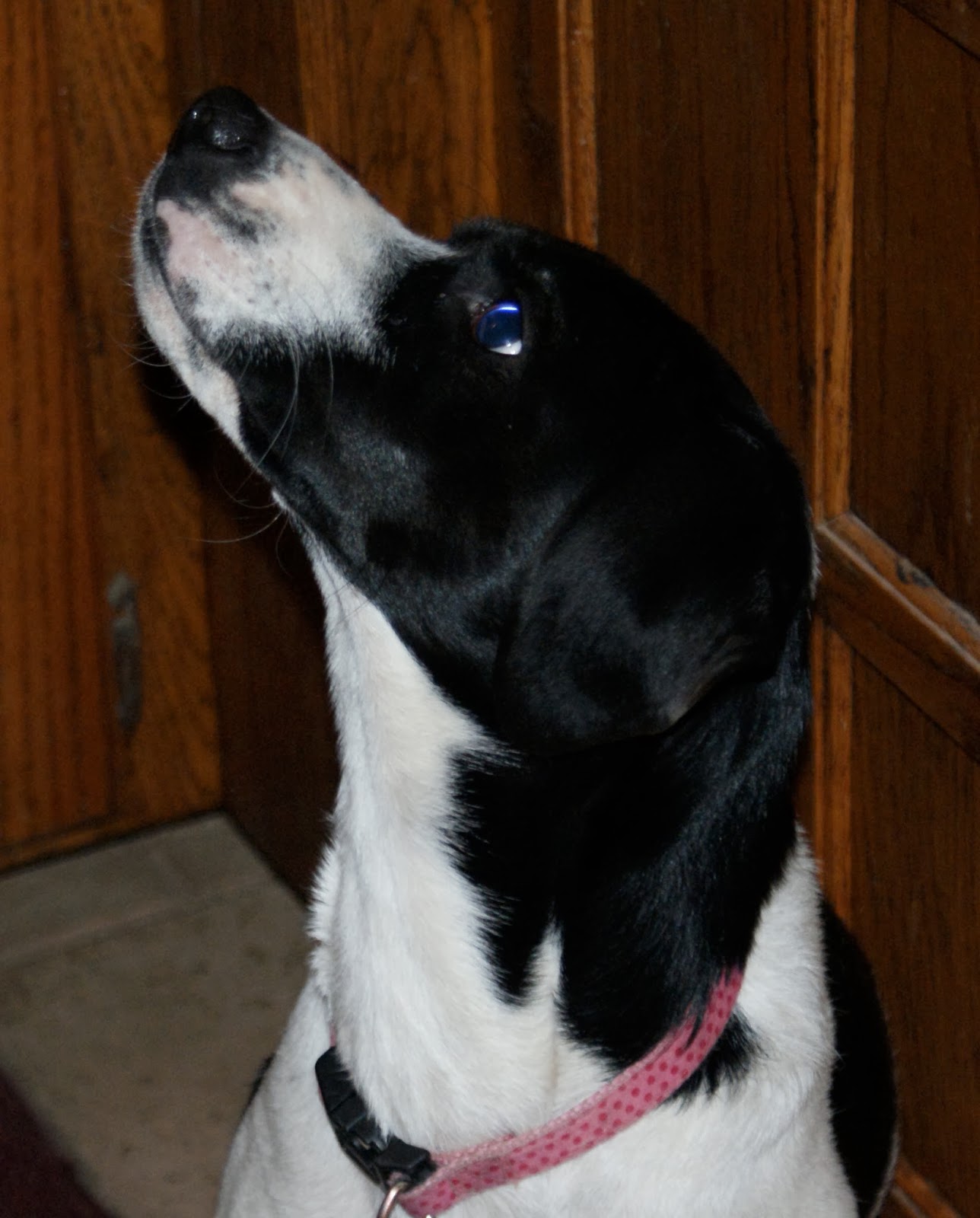 It's a big challenge for all of us. The other dogs have to learn not to overreact to her. Mac has to learn more self control. Rob and I have to be consistent and be on the same page with her training and Syd has to learn to chill.
Posted by Sue at 5:49 PM

Good luck. We're so glad you and the Vet are trying. So many people would just give up.

We always considered Kendra to be Autistic....liked routine, afraid of any changes. She was always too scared to pee outside and no matter how long she was out as a young dog, she'd come straight and let it out. Poo, too. She DID overcome some of her fears....but we learned to live with her.

Oh Syd! Sending you big, brave rottie vibes - and some sunshine for all of you!

This is a too bad thing for Ms sydney and we too, are giving you and Rob, pats on the back for sticking with her. Hope you and Doc can handle her enough to help her be a good pet.

If those Rotties send you too much sunshine, send some ourway!

You have been challenged! You are one lucky girl to have such a loving family, Syd.

They aire are gorwing fast. Yes I find this time of year a challenge too, Have you ever tried a SAD light Sue? I got one yesterday from my son- hope it will help my winter blues. Love to you all.

Howdy Mates, your cold weather does sound difficult. We hate having to go outside just when it's raining let alone snowing. Good luck with little Sydney. We don't use them but have heard other bloggers talk about pee pads. Would Sydney use one if she had it in a space just for her? Take care all. No worries, and love, Stella and Rory

Oh Syd, I feel your pain gurl!!! If I had to live with other doggies, I probably would be in the same boat as you! I have to be an only doggie, cause, well, I'm a princess and demand all the attention! BOL
Seriously, You are blessed and lucky to have such a great pack, and I thinks you'll grow outta most of your anxiety (I've gotten betters, and Ma thought THAT would never happen....)
Kisses,
Ruby ♥

I'm glad that the other dogs are learning to deal with Syd. Mac is still a little girl, so it must be harder for her. It's very lucky for Sydney that she found you.

I'm so very thankful that Syd found you. I can only imagine the horrors (truly) she would be going through with another family. Hopefully she'll feel safe and calm down and Mac will learn to ignore her. g

Thank you for being such a patient, dedicated, responsible pet owner. Syd is a very lucky girl to be a part of such a good pack, but we'll cross paws and hope for the best for all of you.

Syd is so lucky to have landed at Chateau Portie... you are so very patient, understanding and kind. Hopefully she will indeed outgrow some of her behaviors. I forget, but I do believe the girls were both fixed already, right?

It always surprises me when a dog doesn't pick up on the "good dog vibes" surrounding them. Poor little dear. I know that she has the best home ever and that you'll help her any way you can.