January has always been a tough month for me. I  suffer  from seasonal depression and though it starts around October, it hits it's peak in January. This year is no different.

First, it's an unlovely time of year around here. A fresh snowfall can be lovely, all soft and sparkly white. 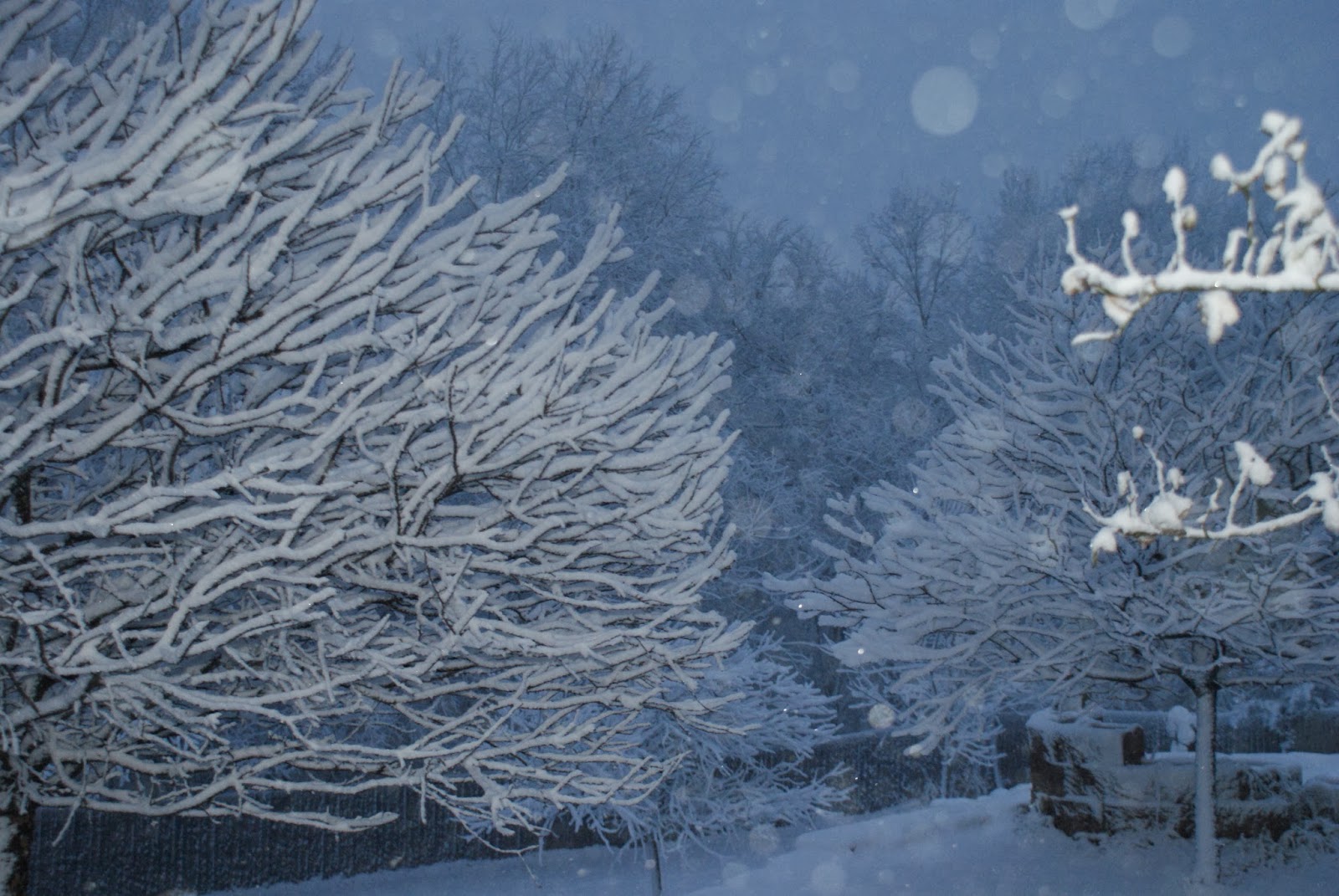 But an old snowfall is plain ugly when it's gray and slushy. 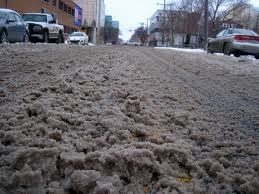 Now that our snow is gone, everything is either brown and ugly when the sun is shining or gray and ugly when it's cloudy. The trees are bare and broken and I try to picture them in bloom, but it isn't easy.

The rush of the holidays is over in January and a long chilly winter stretches ahead. My birthday is coming up fast and though that was an exciting prospect when I was eight years old, it's lost most of it's fun. After 40 birthdays are just an unpleasant reminder of things not accomplished.

Then there are the unhappy dates. My Mom died on January 15, 1998. It's a day that is hard for me because it's also the day I met Rob in 1986. We used to celebrate the day when we were first married but now I have too many mixed memories.

January is a time when I seem to be moving in slow motion. There are things I want to do but don't seem to have the energy to do them. The dogs tend to be underfoot more than usual both because they want to be inside to stay warm and because they sense my mood. 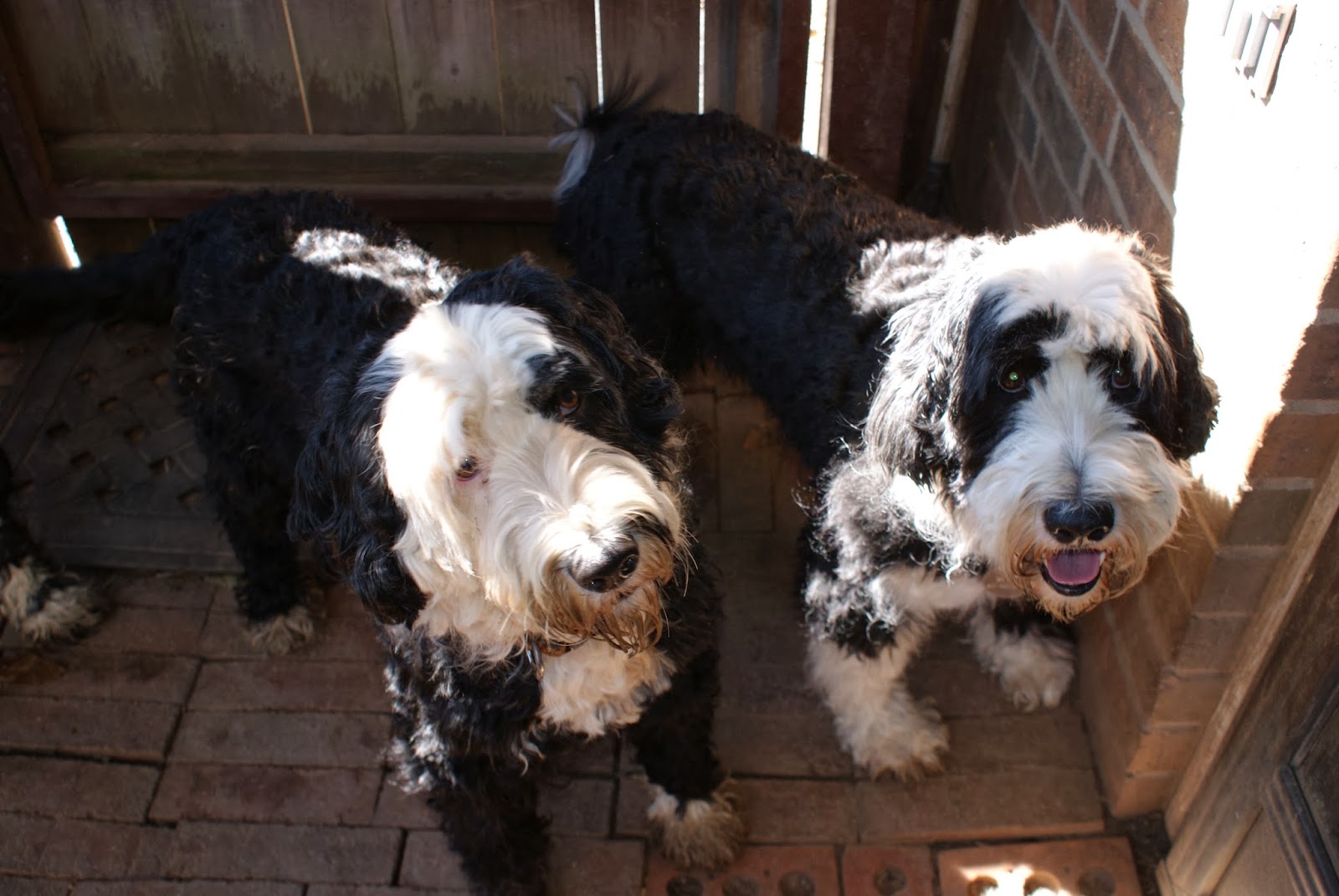 At least January is half over and we're moving toward Spring. If I can manage to push myself along I have lots of fun things to do, so here's to another springtime.

Have you tried a specialist sun lamp. I have a friend that swears by one for 'SAD'

This is the first winter I haven't suffered for a few years, I'm putting it down to a combination of no stress (not working) and coming out the other end of the menopause.

Oh Sue - I'm so sorry. Sometimes life is just too hard. The sad memories don't help at all. Hopefully the dogs will cuddle and not be underfoot. Sending you positive thoughts. g

Yeah, Spring is on it's way....we hope. The way the weather's been, it looks like it may be late.

SHE hates slush....always remembers it when it snows.

I understand. It is about now that I really feel the lack of daylight. At work, where we can't see outside, a few of us do a little "let's go look out the window" trip in the afternoon just to see sunlight.

One foot in front of the other.

I love freshly fallen snow but also hate the slushy stuff. I will keep you in my prayers as the worst of winter heads to spring. I'm sorry you are having a tough time.

I know exactly how you feel. I struggled with those same things when we lived in Alaska, and it has followed me to Virginia. All 'we' can do is just as you said, trudge on and hope spring and the better weather comes soon. Take care, and know that I'm sending you positive vibes!

SAD . . .its a club and anybody can join. I am better about it than I used to be, but it still hurts.

I will be thinking about you and hoping its an early spring this year.

Jo, with one foot in front of the other (thanks, Peewee!)

Sending California sunshine and warmth. It is staying light a little longer, too.

Hang in there Sue.. Spring is just right round the corner. If you try... you can almost smell it already. Sending all our sunshine over here to you. May you have a brighter day today. *HUGS*

We're sending warm, sunny thoughts your way. Gg had a traumatic trip to the vet (routine) with the Knight this morning, and she's just starting to climb out of her stressed, vaccinated fog... just in time to call it a night.

Woof, I would love to cuddle and keep warm and happy for you. Do you drooly want me to watch over you?

Oh I'm sorry you are having a sucky time right now.

I too, suffer from SAD, but this year I am going to the gym and it seems to be helping with the depression and anxiety. Sometimes I hate it, but I am hoping if I keep going I will become addicted. Actually I always feel better after I have worked out, so it does work. Turns out the experts can be right sometimes.

Be nice to yourself and I hope you feel better soon. Hugs. ♥

Yep, can be just as depressing this side, especially when it rains every day all day. BUT :-) :-) Apart from hearing your side is having more snow falls, we have snowdrops and one daffodil is about to bloom in Soggibottom's kitchen window box outside. Squirrels are keeping mutt and Frankie de tabby happy in the window seat, looking at them frolic away. Squirrels that is not dog and cat.
Catkins are on the hazel trees outside. IT'S A COMIN SUE... Spring is just a bit sleepy at times. KEEP THE LIGHTS ON, drink hot chocolate, low cal one and Ah, just think, thankfully next Christmas is weeks and weeks away :-) KEEP WARM AND PACK KEEP THOSE PAWS OFF THE SNOW.
:-) x x x

I think the snow is beautiful!

I saw that lead dog in your header yesterday outside Whole Foods, only it was the prettiest brown. What kind of dog is it? A spaniel right?

I get SAD also, but since Oregon is in a drought we've had lots of sunshine this winter. I do not envy you the slush.

Oh noes. I'm sorry you gots the blues...you should get in my transport tunnel and come on overs!! It's been 70 degrees all month, with no end in sight. Now, at furst this was pawsome, because it meant lots of walkies and no bitchin' from Ma, butts we desperately need the rain, so now it's just bittersweet.
Don't get me wrong, it's FABulous fursure! Butts, Ma kinda missed our winter (yes we DO have a winter! BOL)
Anyhu, hopes the blahs leave very soon...they're no funs...
Kisses,
Ruby ♥

The cold front moved out so a new one can move in. I am so sorry that your SAD has attacked you. The days are getting a little longer; soon it will be mud season again!

I'm sad to hear how much trouble you have with January... while it's not a fun month for most, I'm so sorry you've had so much to go through. Wish you lived closer........ knitting, tea and good conversation always help! HUGS!