What We've Learned In A Year

Yesterday was an anniversary of sorts. It was a year ago yesterday that Fudge had his stroke. That was a terrible day for all of us. Fudge after screaming in pain, was paralyzed in his back legs. We were able to get him to the clinic quickly and Dr B got right to work with pain killers and steroids and then he and I sat down with a textbook and we discussed what had happened and how to help Fudge recover. 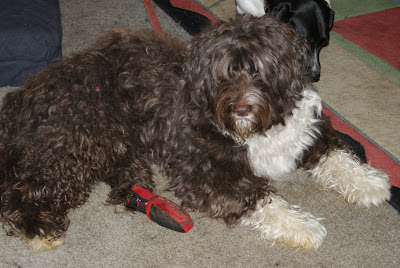 Now a year later, Fudge can walk, though he has a noticeable limp. He can run in a hip hop way, he can climb up on the couch to cuddle and he can still spin, though not as fast or long as before. He's a happy boy still, but I know his leg bothers him.

With Dr B's guidance I've become familiar with some supplements that I never knew existed before last year. I'd like to share them with you. First I must admit that I have some arthritis in my fingers and I have a degenerative joint disease in one foot, so I have joined Fudge in testing out these supplements. In fact, I try them before I give them to him.

First is an old standby, glucosamine-chondroitin. I have given this to my arthritic dogs starting with Lucy many years ago. I saw how much it helped her. When I was diagnosed with Freiberg disease in my foot, the doctor really scared me. He told me not to use my foot and that I would need surgery. I got a second opinion and that doctor told me I could use it as much as I could stand the pain and I didn't need surgery for awhile. At first I was taking pain pills to get thru the day, but I wasn't happy with that, so I did some research and found that a doctor in Europe had good results on his Freiberg patients using glucosamine chondroitin. I tried it and it worked for me. I still have some pain on occasion, but it's nothing I can't handle.

Glucosamine and chondroitin are part of normal cartilage and is found in the covering of shellfish. Now Fudge and I both take it daily.

All my dogs have taken fish oil (omega 3) for years. It's what I use to teach puppies to take pills. They like to crunch them and taste that nice fishy, oily taste. I prefer not to taste it.  Dr B often tells me to increase the fish oil when one has arthritis or some other problem. In her last few months Morgan  was taking eight to ten fish oil capsules a day. She was old and creaky but she could get around on her own. Be sure your fish oil is molecularly distilled to get rid of heavy metals. 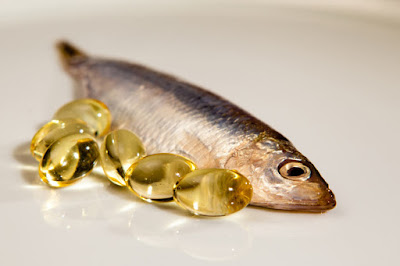 I realized after my hand surgery in November that my fingers are often stiff and painful, especially in the morning. While researching ways to help Fudge, I came across articles about tumeric. I asked Dr B about it and he said yes, definitely give it to Fudge. First I tried it and at the two week point, I realized that the pain in my fingers was gone, though they were still a bit stiff. I talked Rob into trying it for an old shoulder injury from an auto accident. He too, found that he could sleep without the shoulder pain that was keeping him awake. Now we all take tumeric daily, humans and dogs. 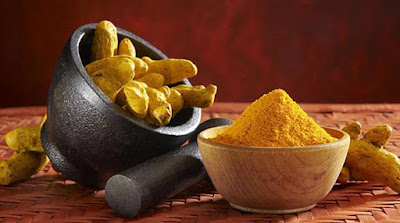 If you're going to try tumeric there are a few things to watch for. Be sure it's 95% standardized curcumin, plus it should contain bioperene. Bioperene is derived from black pepper and helps the body absorb the cucurmin.

Now we were on a roll, but I still was looking for something to help Fudge thru his ordeal. One morning I was reading a veterinary newsletter and came across an article about arthritic dogs benefiting from New Zealand green-lipped mussel. Another quick call to Dr B, then I ordered some. First thing I noticed is the smell. There is no way you can't notice the smell. FISHY!!! Fudge loved it as did Bailey, but I had to hold my breath and swallow fast, then eat something to get rid of the smell and taste. These things are awful, BUT by the third day I realized that the stiffness was gone from my fingers and I could move them freely for the first time in months. 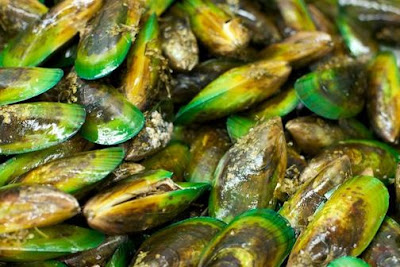 So did I stop there? Nope. Recently I read an article about Cat's Claw ( uncaria tomentosa and uncaria gulanensis) The supplement comes from the root and bark of this vine and is used for a number of disorders. The main one is arthritis, but it's also used for digestive problems such as colitis and leaky gut. When I saw that I really took notice. Noah has colitis and Fudge has leaky gut syndrome. I ordered some and it should be here this week. I'll keep you posted on the results. 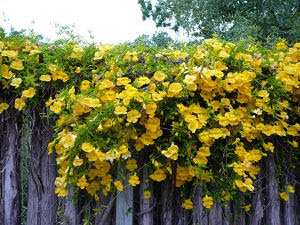 I order most of my supplements from WonderLabs .  I have no connection with the company except as a satisfied customer.

If you have a pet that you think might benefit from a supplement, be sure and check with your vet first. Last year when Fudge needed help, I didn't know about several of these supplements, but they have become an important part of our routine now and are helping keep all of us pain free.
Posted by Sue at 3:57 PM

All very good information - thank you! I'm trying to get my husband on tumeric for his joint pains, but didn't know some of the information you provided.

Stay happy, Fudge♥ What a lot of great info! Mom will be checking it all out. Thank you, Miss Sue!

My aging, arthritic knees just might have to try some of this stuff! Thanks for sharing all of the great info!

Grreat info! I take glucosamine every day for my arthritis, and Momma was thinking about adding in tumeric. Jessie takes fish oil every day to help her kidneys.

We're taking notes. Roxy has a wonky foot that could become arthritic, so we're trying things hopefully to prevent it.

We've heard of the turmeric to ward off the dreaded 'C', too. Thanks for the info.

That's a long list of supplements, but if you can use them to avoid drugs and make Fudge and yourself feel better, that's great. I"m glad the poor boy is still seeing improvements.

Thank for all the good advice. I think you are a big reason why Fudge is healthy again

Hi there Sue.. so long we have not been here. So sorry about Fudge but am glad he is on the mend.
Dom just turned 14. He's a bit stiff on the hind legs. But we have been on turmeric for a year plus and it seems to help him a lot.
Turmeric+black pepper+coconut oil. We use turmeric powder and not the capsules. He's also on fish oil and that's about all.
http://www.dogsnaturallymagazine.com/healing-with-turmeric-golden-paste-for-dogs/
We follow this fellow Rodney Habib on fb. He gives some good tips.
Take good care Sue.. and of your babies too. Catch up again soon.

Hi Sue, great information. The kids here get most of the same things except for the tumeric. My dad was advised by someone to stir a teaspoon into milk, then it's stirred and heated and then he drank it to relieve a chronic dry cough. He did this for three nights in a row. He's coughing way less but he says that it can upset your tummy. Anyhow, we take a great liquid called Canine Corta-FLX, it's got glucosamine, MSM and Chondroitin and it's available on Amazon https://www.amazon.com/Canine-Corta-Flx-Ultimate-32-oz/dp/B000CR1BY0/ref=sr_1_1?ie=UTF8&qid=1468893476&sr=8-1&keywords=canine+corta-FLX

We're glad that Fudge made a good recovery and that he's a happy boy.