I'm vaccinated!! It feels great, such a weight off the shoulders. I was told that the side effects could be worse from the second shot, so I was prepared. The only side effect I had was last evening I started feeling cold. I put on two shirts and wrapped up in a blanket but I still felt cold. Just to be safe I took my temperature. It was 95.2. That isn't really as bad as it sounds because my normal temp is 96.5, but still I was feeling cold inside and out. I went to bed with extra blankets, slept great and feel good today. I'm not sure why my temperature drops occasionally, last month it was 94.7 and once it dropped to 92.8. Rob says it's because I'm part reptile. 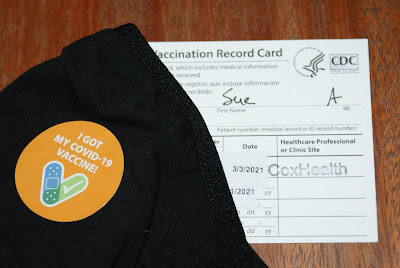 We're still doing puzzles, much to Mackey's dismay. She really wants to help. This one was really hard because of the colors. 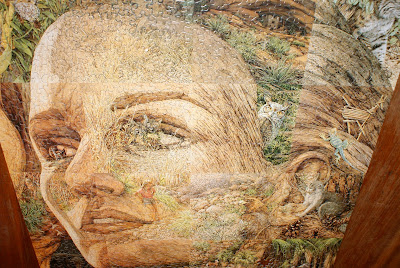 It's called Mother Earth and there are lots of animals hidden in it. 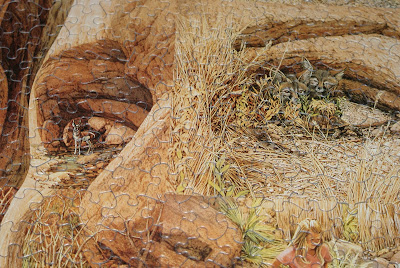 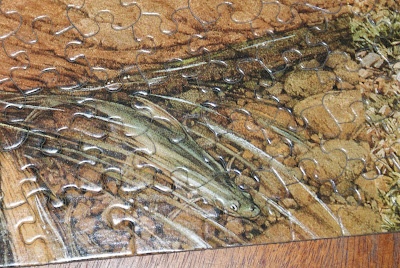 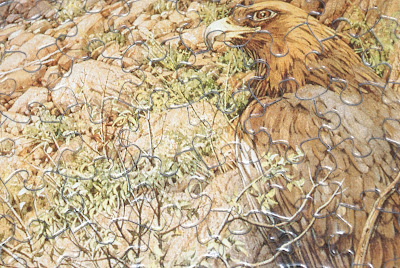 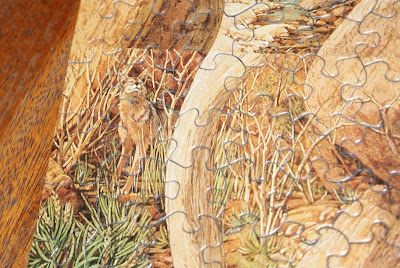 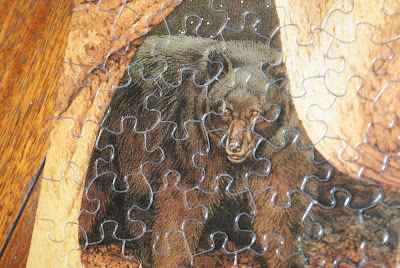 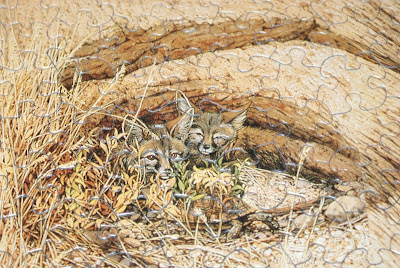 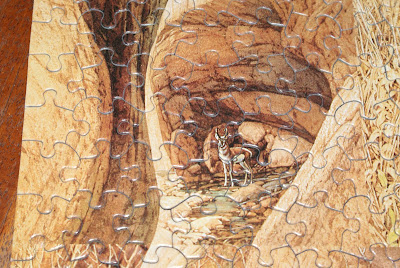 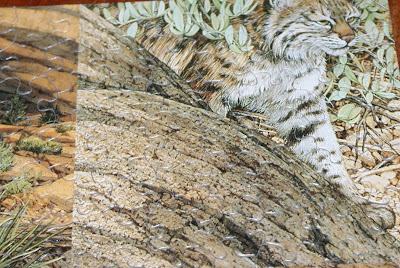 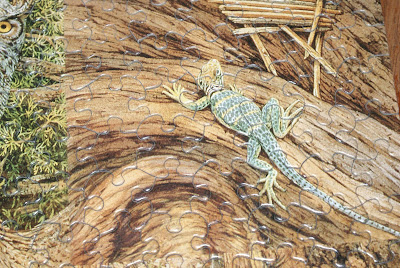 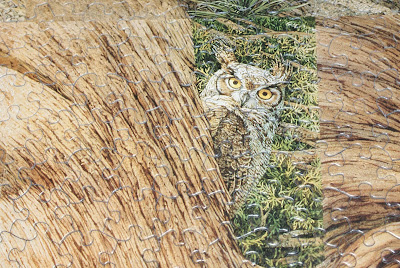 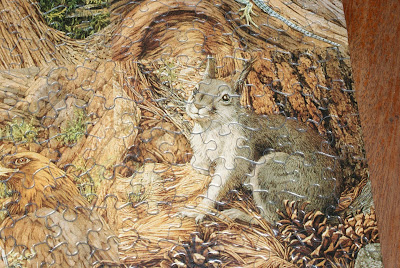 I'm dragging my knitting needles out tonight.  I haven't decided what I'll make next, but I'll let you know.

I am glad you are fully vaccinated. Congratulations. I love the puzzle.

That does look like a difficult puzzle but it's so pretty!