It's HOT here. We're hanging around 99-100 every day. So to help out our wild friends we're putting out big bowls of water and keeping them filled. The birds and squirrels seem grateful but Rocket has been showing up in the early afternoons and after taking long drinks, she soaks herself in the cool water. Then she takes a nap on the shady part of the porch. On  July 1st she brought her new family to have a little picnic. There are four of them and I've named them Mayhem, Chaos, Bedlam and Fish. 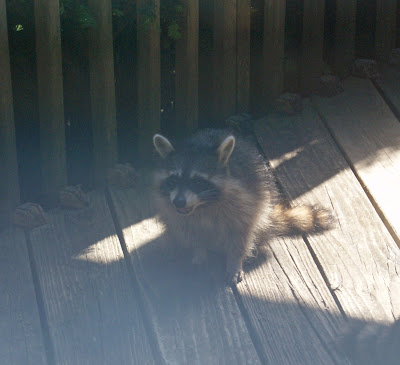 They are adorable and I'm sure Mama Rocket has her paws full with their antics. She usually brings them around just after dark but yesterday they all trooped in around 3PM. After eating their fill from the platter and bowls, they go exploring while Mama finishes her meal. All except Fish who parks himself in the water bowl as soon as they arrive and stays there till it's time to leave. He does eat but he does it by grabbing a pawfull of food and putting it in the water. Then he climbs in and eats while he soaks.  Meet the new family. 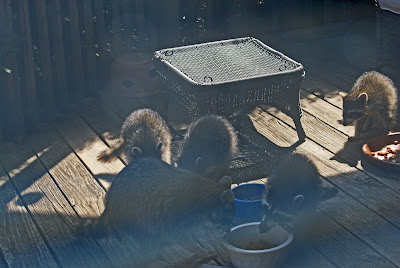 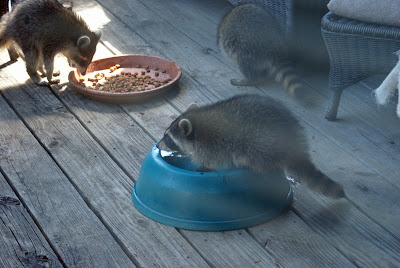 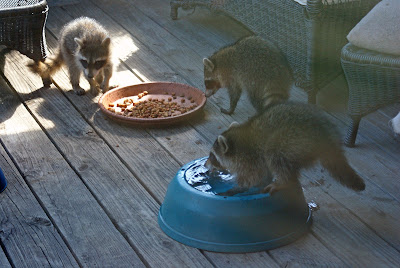 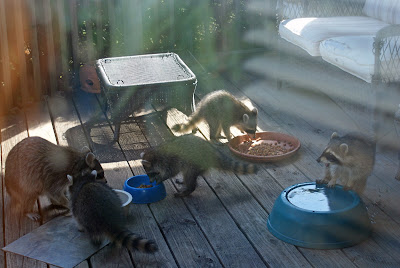 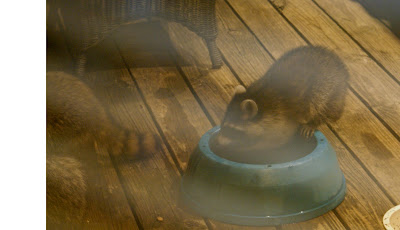 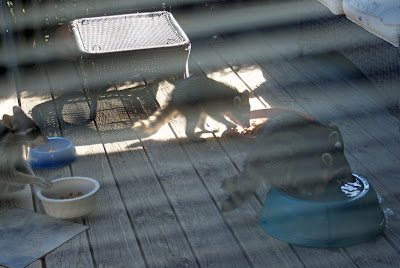 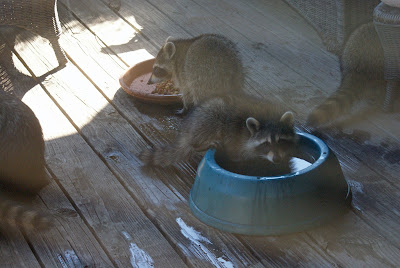 Rocket is so small that the kits are almost as big as she is. She seems to be a good mom and keeps a close eye on the mischief makers while they wander around the porch. At least she always knows where Fish is.