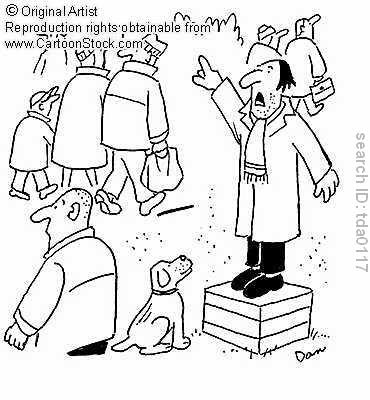 Yes, I know this is supposed to be about dogs and crafts and fun, happy stuff, but sometimes something annoys me so much that I have to share it with as many people as I can. Lately I've been talking with everyone I know about a couple of television commercials that truly annoy me.

The first, and worst, is for Tyson Anytizers, some sort of microwaveable breaded chicken finger food. The commercial shows a band of teenage thugs ransacking a woman's kitchen, going thru the cupboards and refrigerator looking for a snack. They make disgusting remarks about the content of her cupboards and throw food around the room. Then the microwave bell rings and a smiling woman comes in and hands the delinquents a platter of these Tyson treats and smiles lovingly as they devour them.

What is wrong with this woman. Why hasn't she thrown the band of future felons out of her house and made her son clean up the mess they made before being grounded for the next five years? What are we supposed to take away from this commercial and what's worse, what are young children supposed to take away from it? That it's OK and a good thing to act like wild animals in someone else's home? That women are supposed to just smile and wait on the male sex at any age no matter how disgusting their behavior? 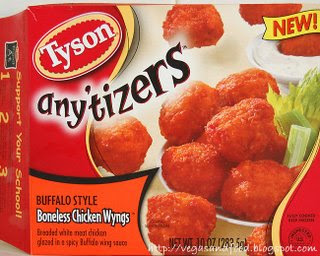 I wanted to e-mail Tyson and let them know my feeling about this miserable excuse for an ad, but of course, their web site is not set up for complaints.

The second ad is along the same lines, only the boys are younger. Perhaps it's the same group of boys a few years earlier. In this one a group of young boys are gathered around a table, presumably a birthday celebration. They are all pounding their fists on the table and chanting "cupcakes, cupcakes".

Mom is in the kitchen worrying that the cupcakes won't be pretty enough for the little brats and they will continue to pound the table and chant. PAM to the rescue. The cupcakes turn out beautiful and the brats happily grab them off the plate. Mom smiles and is so pleased.

Will someone please tell me what is happening here. Haven't women gotten beyond worrying about whether the males in their lives will be pleased by their cooking? Has society completely forgotten all about civility and manners. Is it OK for children to behave like Attilla The Hun and his gang while visiting in someone's home?

You are so right! I think we, as women, have taken several steps backwards at the hands of Hollywood, the internet and Madison Ave. Sad.

This is Kim - Mom Beaglebratz-

It would be wise if I didn’t go into this much except to say that I agree with you 100% (and more if I could). Between what children learn from watching TV (as in the WRONG things) and the lack of respect SHOWN BY children and discipline GIVEN TO children in the real world, it’s no wonder our prisons and detention centers are over-run and it’s not surprising to see the behavior problems we have in society today. Ok - at work now so don't have any more time otherwise who knows how long I could go on this.

Rock on! You are so very, very right. Go you! I don't by either of those products, never let my children behave like that and won't tolerate it from the neighbors or (hopefully) grandchildren. Soapbox was perfectly appropriate!

I know every generation says the next generation is going to the dogs (excuse the pun) but I do really worry about what is becoming acceptable in today's society.

Those commercials sound terrible! Since we're in military housing we only get armed forces network tv and don't get any real commercials, but my mom is not looking forward to tv in the states if they show commercials like the ones you described. What an awful message to send to viewers.

I've never seen either of those commercials, but it's undeniable that there are some really stupid things in the media. These don't sound like they're an exception to that.

If you get a IiVo you don't have to watch commercials! I have not seen either of those but totally see your point!

Its why we watch movies, and skip the commercial shows. Not only are the commercials in bad taste, but there are about 8 of them for every 15 minutes of program. Too frustrating!

Cheers,
Stella and her Mom

Amen to that. Sadly it is just the way some are raising their children.

THIS is why I don't watch much TV. I'm happy to say I've seen neither commercial, or there would likely be a similar rant post on my blog!!

I haven't seen these disgusting commercials and don't think I want to. I guess I go along in my blissful life, either ignoring the TV or turning it off completely. If my husband didn't turn it on, I surely wouldn't- unless we were in a situation where I felt like I needed up to the minute news.

But I will have to say that I have boycotted Hardees and Carl's because of their absolutely disgusting commercials!!

It's time the public spoke out against these things - it makes kids think that's the way life should be - what happened to the "golden rule" that we were taught growing up?

Move over because I'm right up on that soapbox with you.

You go Girl!!!! We agree. Some commercials are junk. Think sometimes they run out of ideas and then grab the first bad idea that comes along.
Mom is working on the scarf thing. She didn't really have a pattern or anything - just an idea. She hasn't forgotten about what you said.
Wags
Ernie & Sasha

You Go Girl! Of course we haven't seen those ads in the UK but I take your point about reinforcing stereotypes!
When you think how hard women have fought over the years to get away from these images.
My sons may well comment - hopefully tongue in cheek - that these are real mums!!!!!
I am proud never to have been one then.......

Oh your post made me giggle. Aren't adverts just so awful ;-)