Saturday was a cold, snowy day and although we had lots of fun sledding with the dogs in the morning, there were some important 'to dos' on our schedule. 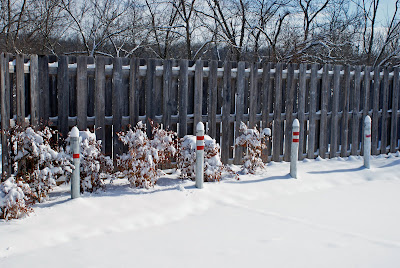 I like the little snowy hats the guard poles are wearing. 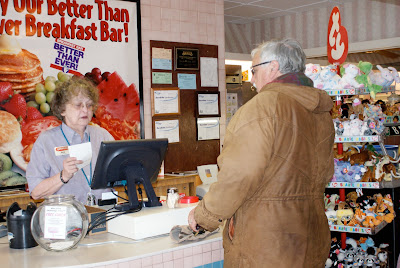 We needed to fortify ourselves for the tasks ahead so a stop for breakfast was in order. 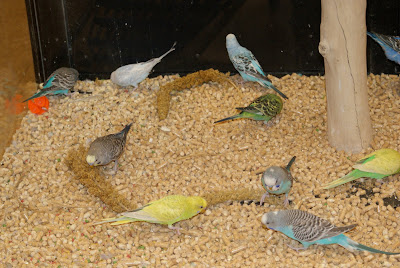 First stop, Petsmart. We said hello to the colorful little budgies. They were all engrossed in some sprays of millet that some nice person had put in their cage. 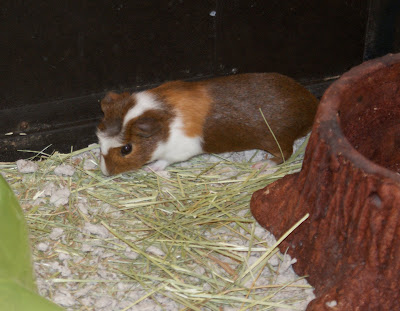 This little Guinea Pig was very shy and hid when he first saw us, but pretty soon his curiosity overcame his fear and he posed for a picture. 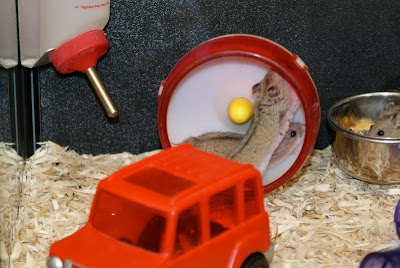 These two were too busy trying to generate electricity by running in the wheel to even think about me and the camera. Their hungry friend stayed in the food bowl munching away. I guess his turn at the wheel must be coming up. 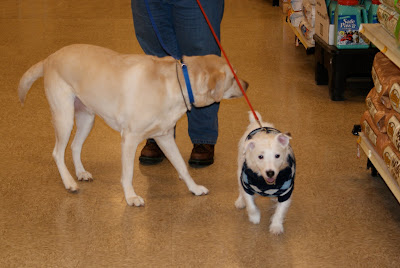 These two doggies were shopping with their mom. The big dog wanted to stop and check out these bags of food, but her short friend was in a big hurry to get somewhere. 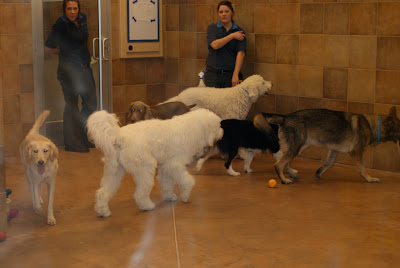 Next we looked in on the daycare center. There were lots of big dogs today and they were just milling around. The attendants were more interested in gossiping about their own activities than in playing fetch. 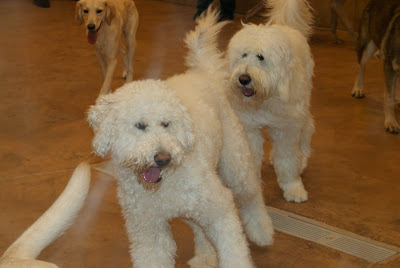 Too bad Fudge wasn't with us. He would have liked these two leggy blondes. 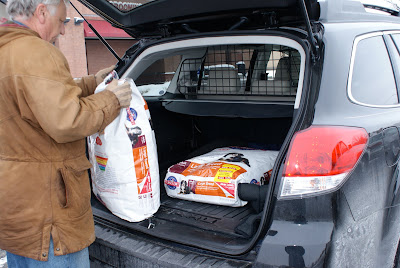 We filled up the back of the car with dog food, then took off. 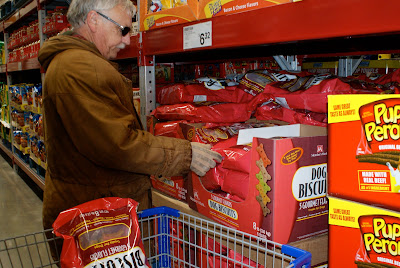 Next stop, Sam's for treats. 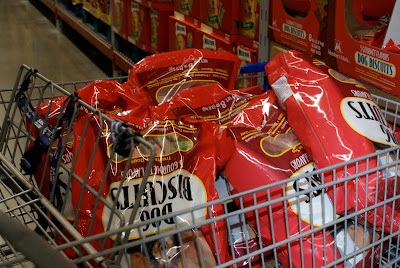 Now that is a cart full of dog biscuits. Remember there are ten of them and they like treats. 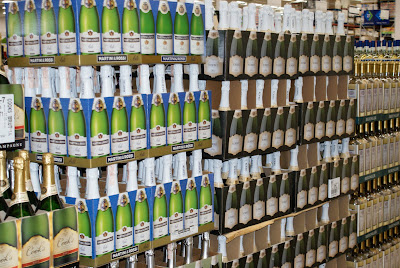 Sam's also had treats for humans. 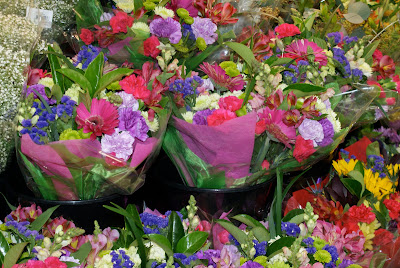 Don't these look springlike ? I love the colors.

After Sam's it was a quick stop at the pharmacy to pick up Morgan's medicine, then on home to play in the snow some more.
Posted by Sue at 1:45 PM

We think we might want to move to your house for a while - that's a lot of treats!!! Glad you had such a productive day.

BOL!! Our crew wants to come visit and share in those treats.

Lot's of treats for some very happy lucky doggies. We are still wondering if we will get any snow here. So far we are having a very mild winter.
x

If all of those bags of those treats came into our house, we'd be the happiest dogs in the whole wide world!

Love it! Tonight is Sissy follow-up #2, pick up meds for me, and... oh yeah. A few human errands too, if the snow really is as light as they say it will be. Saturday's errands were postponed due to the 15" blanket still settling in, and another whopper is due this weekend, so bread, milk, eggs, and my new ginger chewy cookies from the bakery.

How many treats guys! Do you want to share??

How many boxes of 'human treats' were purchased? ;-)

I'm not going to let my babes see your post with that cart full of biscuits. I'm convinced they would hop on the next train west and do their best PWD impersonations so they could become part of your family!