Can You See What I See? 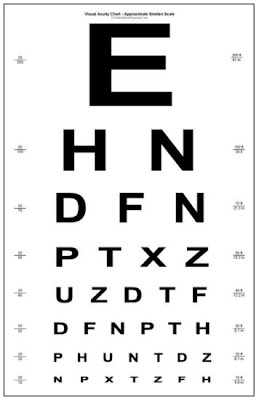 I can see clearly now, the rain is gone, I can see all obstacles in my way
Gone are the dark clouds that had me blind
It's gonna be a bright, bright Sun-Shiny day.

I think I can make it now, the pain is gone
All of the bad feelings have disappeared
Here is the rainbow I've been prayin for

It's gonna be a bright, bright Sun-Shiny day.

I can see clearly now, the rain is gone, I can see all obstacles in my way
Gone are the dark clouds that had me blind
It's gonna be a bright, bright Sun-Shiny day


I'm back with my new bionic eyes. I had surgery on June 1 and June 8. Both operations were easy and totally painless. The surgical staff was wonderful, offering lots of encouragement and always cheerful.

For several years I've been aware that I was losing my vision. That's a really scary thing for anyone, but to me it meant that I was having difficulty reading, I could no longer comfortably cross stitch or knit and I couldn't trim the beards on my dogs. I asked my eye doctor several times if I could get them fixed and he kept telling me I wasn't ready. He said I'd know when I was ready.

Earlier this year I realized as I was sitting across the table from Rob, that he was blurry. I could see the buttons on his shirt, but not the little holes in the buttons. It had become almost impossible to differentiate colors, navy from black and shading for my stitching. I had to turn on lights in rooms even during the daytime. To read or work at the computer, I needed a light on either side.

I saw my eye doctor at the end of April and I told him I was ready. He did a few tests and agreed. Two weeks later I met with my surgeon for a whole day of tests and consultations about what I like to do and how important certain things were to me. My surgery dates were set. 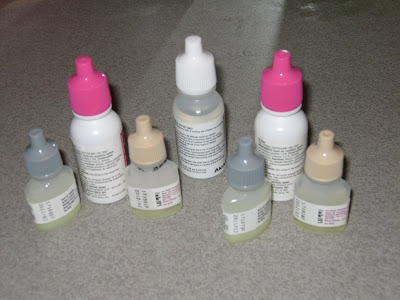 Now I am in a three week recovery period. It takes that time for my eyes to heal and my brain to adjust to the changes in my vision. I have very few restrictions, don't rub my eyes. Duh!!

Don't get water in my eyes, just like any other incision.
Use my assortment of eye drops every few hours. They include anti-inflammatories, antibiotics, steroids and artificial tears. I've gotten pretty good at doing the eye drop thing. At first I sent them down my face, but now I usually get them in the eye. 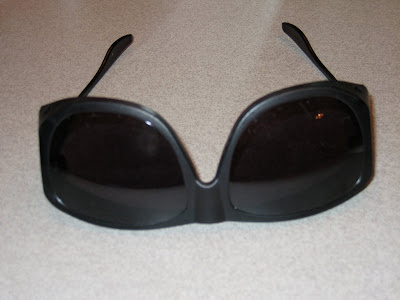 I also have these fashionable sunglasses to wear when I'm in bright sun. The Missouri weather has cooperated with me and there has been very little bright sun, mostly dark overcast days.

At the end of the recovery period I'll be getting some reading glasses for my close up work, but for now the novelty of not wearing glasses is pretty neat. The world looks lighter and brighter. 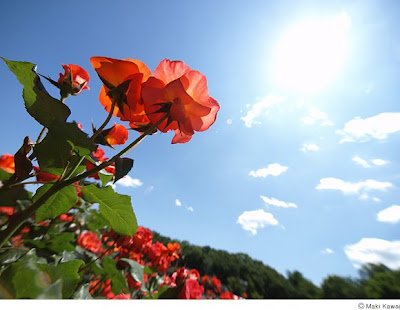 Fantastic!! So glad you are doing well. Being able to see clearly is one of the best things. So many beautiful things to see.
xoxo
Ernie,Sasha,Chica's Mom

And oh how lovely everything now will look to you.....you'll be glad that you did it when you did......heal well and quickly!

That is fantastic news! We're all happy for you.

Sight is a beautiful thing and so are the roses in that last picture! To know that you are seeing these magnificent flowers more clearly makes us smile very broadly! We are so happy for you, Sue!

Love ya lots
Maggie and Mitch and Sue

That is super news. You will look very cool in your wrap around shades. Just make sure to use all your eyeball drops.

Great news - bet you can't wait for the three weeks to expire. Mom says those bottles look very familiar to her - we have lots of eye meds here for Dad. But he hasn't been as lucky as you with surgery:(

As for the weather around here, pfffttttt - it really sucks.

Wow.. no more glasses? that's great! I wish for no glasses too.. but i hate contacts.

Yea for you. I'm so glad that everything went well. g

Good news! We hopes each day keeps getting better!

Wags,
Zona and her mom

Cateract surgery is the most wonderful thing, so glad yours has gone well.

Wonderful news. One of my fav songs, too. Glad you get to enjoy "all the colors of summer" and the sunny days, oh yeah.

Gwandma had that surgery. She was shocked at her housecleaning before surgery. She didn't see well enough to see the dust bunnies and streaks on the mirrors. Afterwards she spent two days getting everything tidy. That is, when she had a few minutes between the eye drop applications! Glad you can see clearly now.

I NEEDED to read your post today - I REALLY needed to read it. I needed to read about something wonderful happening to a good person. Thanks so much for sharing your experience. And, mostly, how WONDERFUL that your sight has improved - how WONDERFUL!

Sure is pawesome to know you are doing so well.
Take it easy and you will be like new in no time!
Kisses and hugs
Lorenza

How wondewful!!!!!!!
I am sending my healing smoochies to make youw wecovewy go smoofly and quickly!
Mommi and I wewe vewy happy to heaw the good news!
love
Asta

I'm so glad your surgery was successful. It's good to be able to see!

the human wears these stupid ugly glasses - she really seems to love the supidest ones. and she rubs her eyes all the time. she can't see squat. poor dumb human. GOOD YOU!

I am so, so happy for you!!! What a wonderful celebratory post. I wish you well in your recovery period.
Sending lotsaluv from South Africa.
MAXMOM

omg sue, i am jumping for joy, what a great success story, and what relief, and what pure bliss to be able to see more than just your dear heart's buttons...please obey all orders, be good -oh yes, i love that song!!!!!!! yahooooooooooooooooooooooooo!!!

whOOOooOOoooo! so glad you are now seeing stuff clearly. the dogs are now in trubble...watch out little porties... she can see you! all kidding aside stay healthy -- keep those drops dropping and we all look forward to your recovery!
theBUSTER Ms.Blue & Ms.Persephone

Very exciting! I'm glad it is going so well for you as you recover. I'm still too afraid to have eye surgery, but I'm delighted for you.

I'm so glad your vision is improving. My mother in law had those fashionable shades, too, after her surgery. I called them "Movie Star glasses"; isn't that just what Angelina Jolie wears so she won't be "noticed"?

I am so happy for you! Isn't it amazing what they can do nowadays? I wish this surgery was available when grandmother was living!

How wonderful Sue! I am so happy that your surgeries went well. Maybe Rob won't look so fuzzy anymore!
x

It's great to hear the surgery was so successful. I assume it was cataract surgery. I'll have to have that one day. Not in the near future, though.