No No Bad Dog

Rob has always liked Bonsai trees. When we lived in Maryland he took a class on trimming them and we had several on our deck. Only one survived the move to Missouri, a thornless honey locust tree.

Instead of keeping it in a pot, Rob planted it near the garage door and kept it trimmed to about three feet high. It was a pretty little tree for a while. The location proved to be unfortunate. The boy dogs saw it as the nearest object to use to relieve themselves in the morning, but the tree didn't seem to mind. 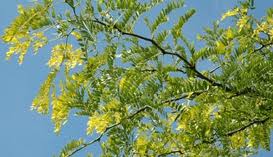 Then last year Norma Jean decided it was the perfect plant to practice her pruning skills on. Almost every day we had to chase her away from the little tree, but she would chew on it at night when we couldn't see her. This winter it looked like the tree was gone, but in the last couple weeks it's making a comeback. It's just a couple of skinny sticks with leaf buds, but Rob hopes he can bring it back. To do this he needs to protect it from the boys and Norma Jean. He put a little fence around it.

Last weekend our yard started looking like spring again. The trees are beginning to flower and Rob noticed a couple of caterpillar nests that he wanted to remove. Sydney and Mac were very interested in this procedure and watched him closely. 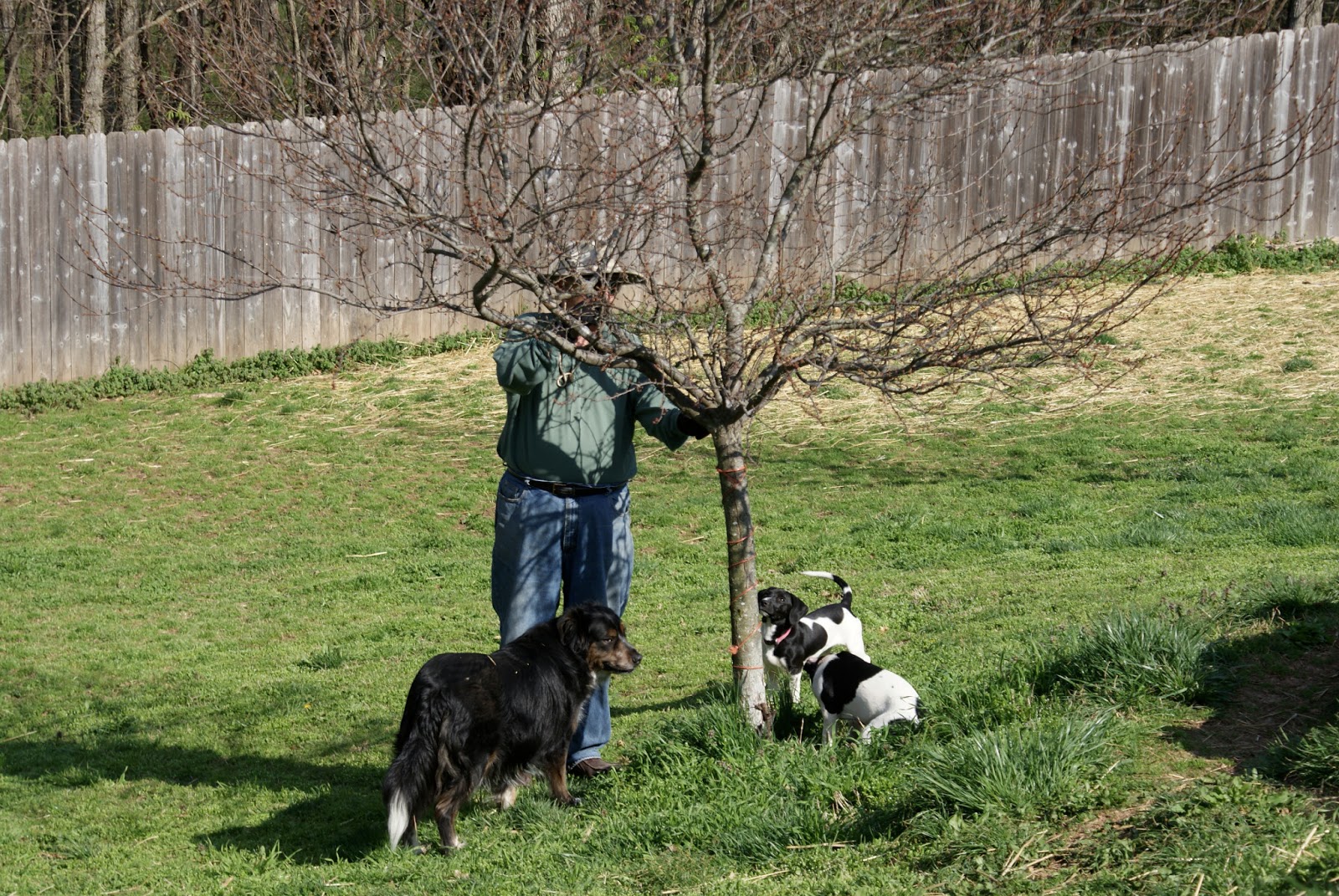 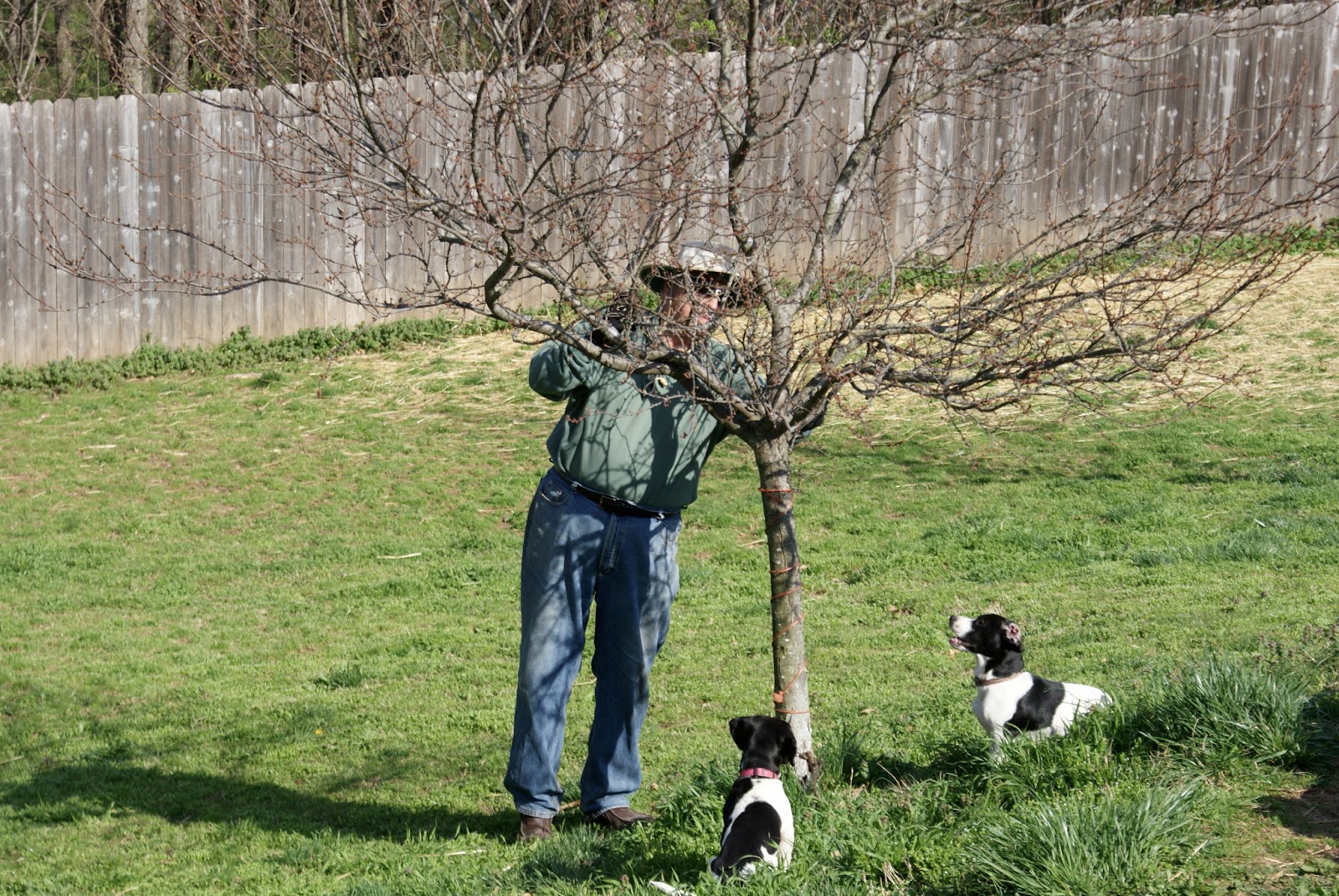 When Rob and I sat on the swing to watch the girls play, they became aware of the little tree inside the fence. They went to look at it and we told them "no". 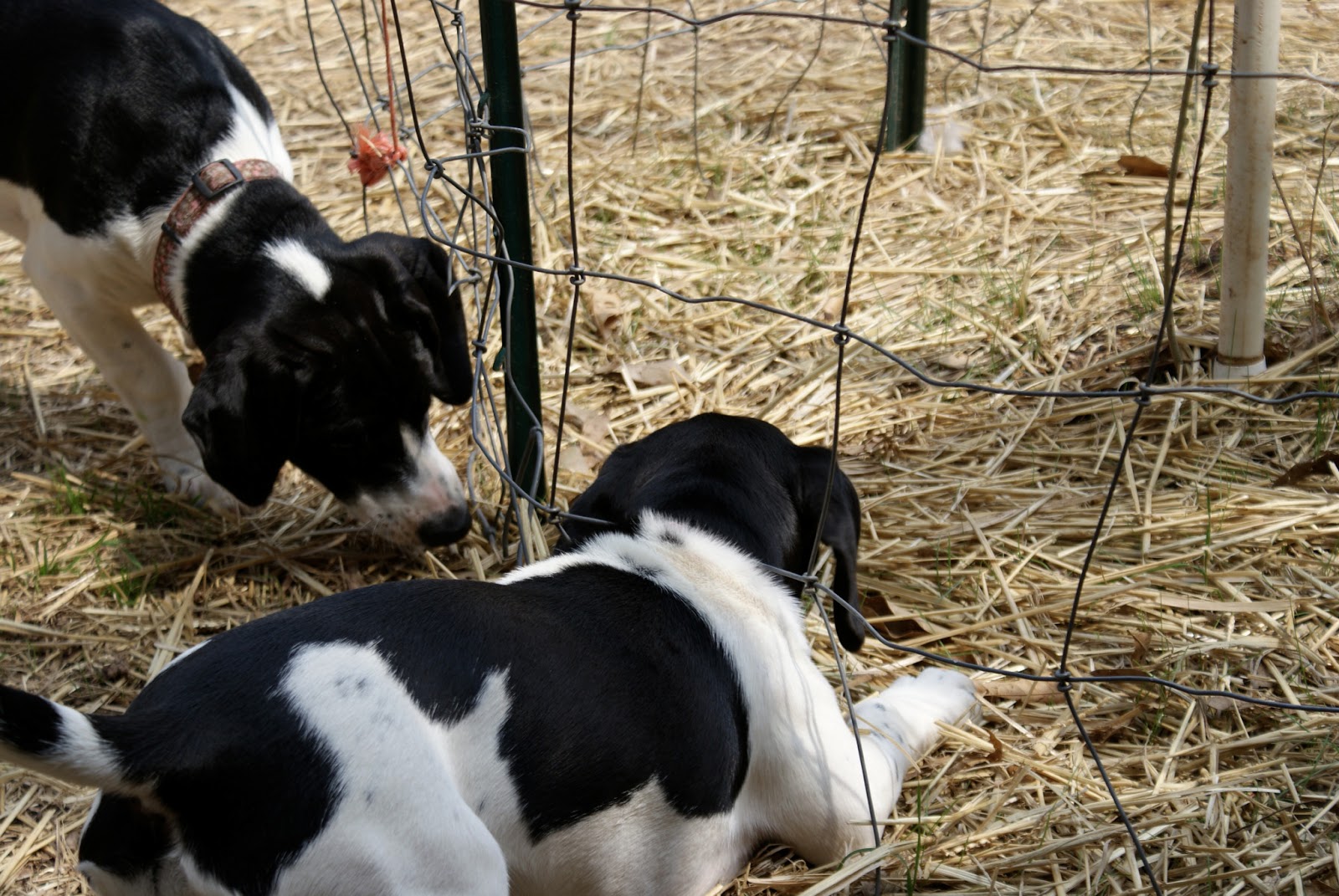 Sydney wandered off to find something else to do, but Mac couldn't forget about that fence. 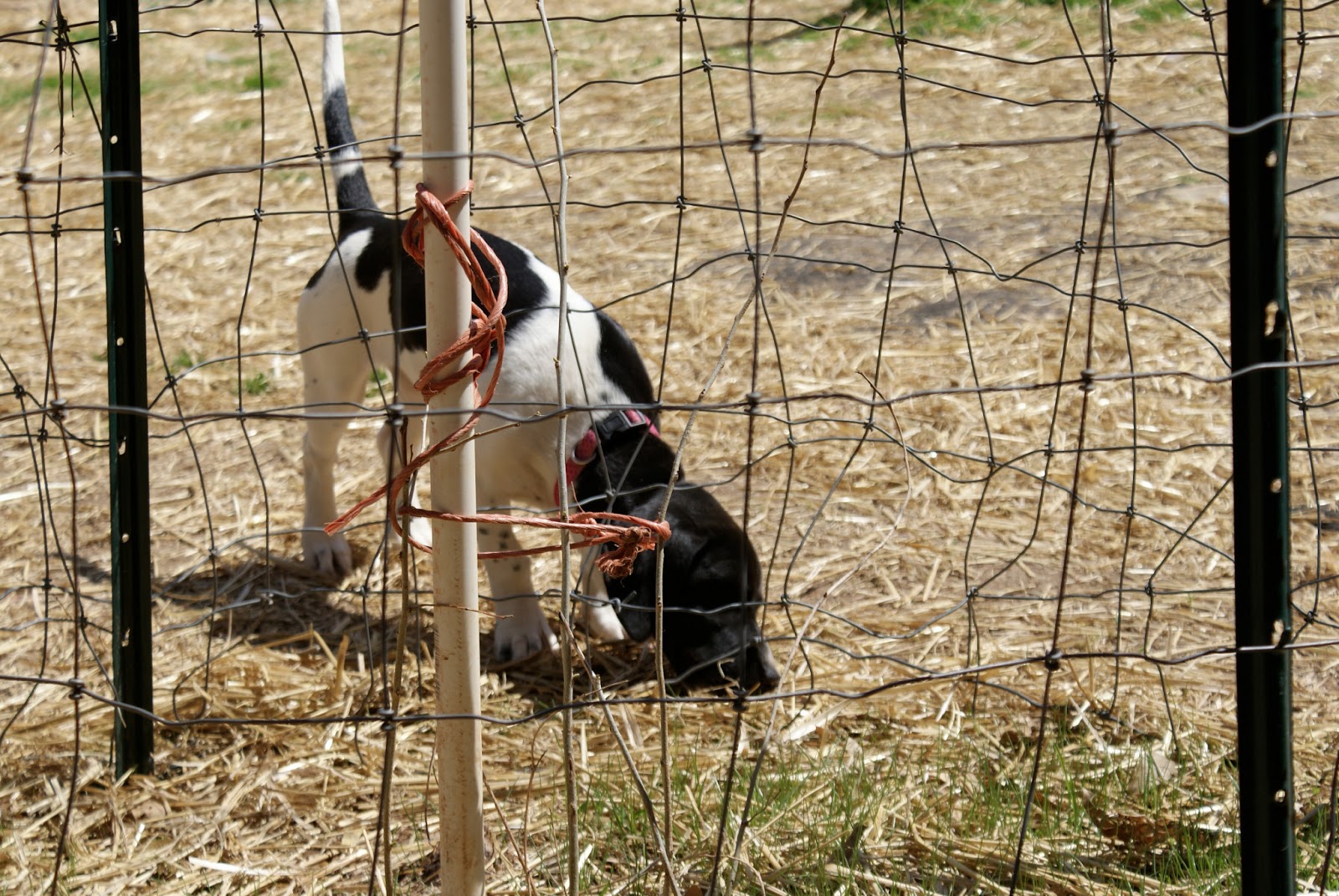 We both told her no and threw her ball for her, but Mac is a very determined girl.  She would glance at us to see if we were watching, then approach the tree. 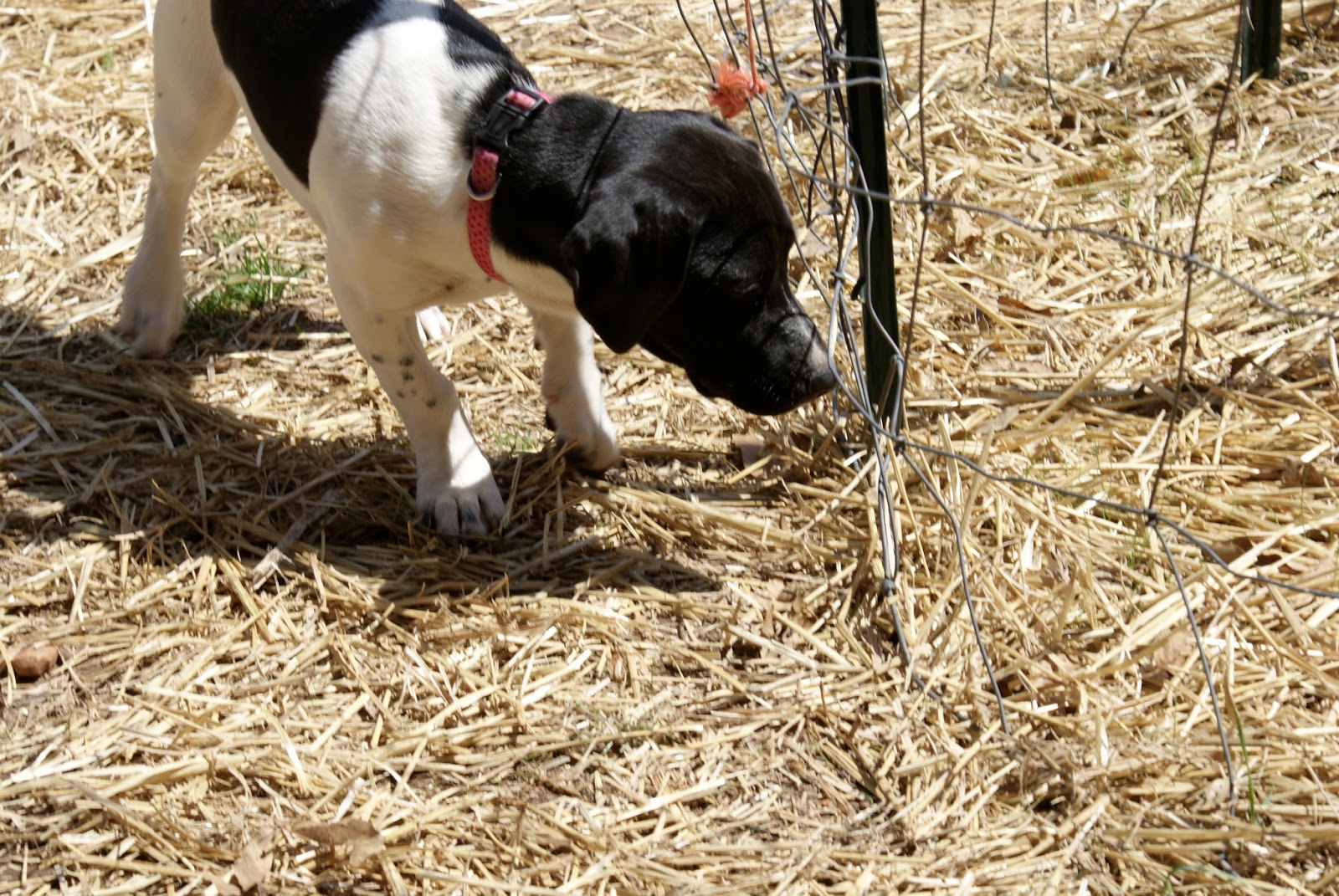 Several times we chased her away, but she was drawn back to it. 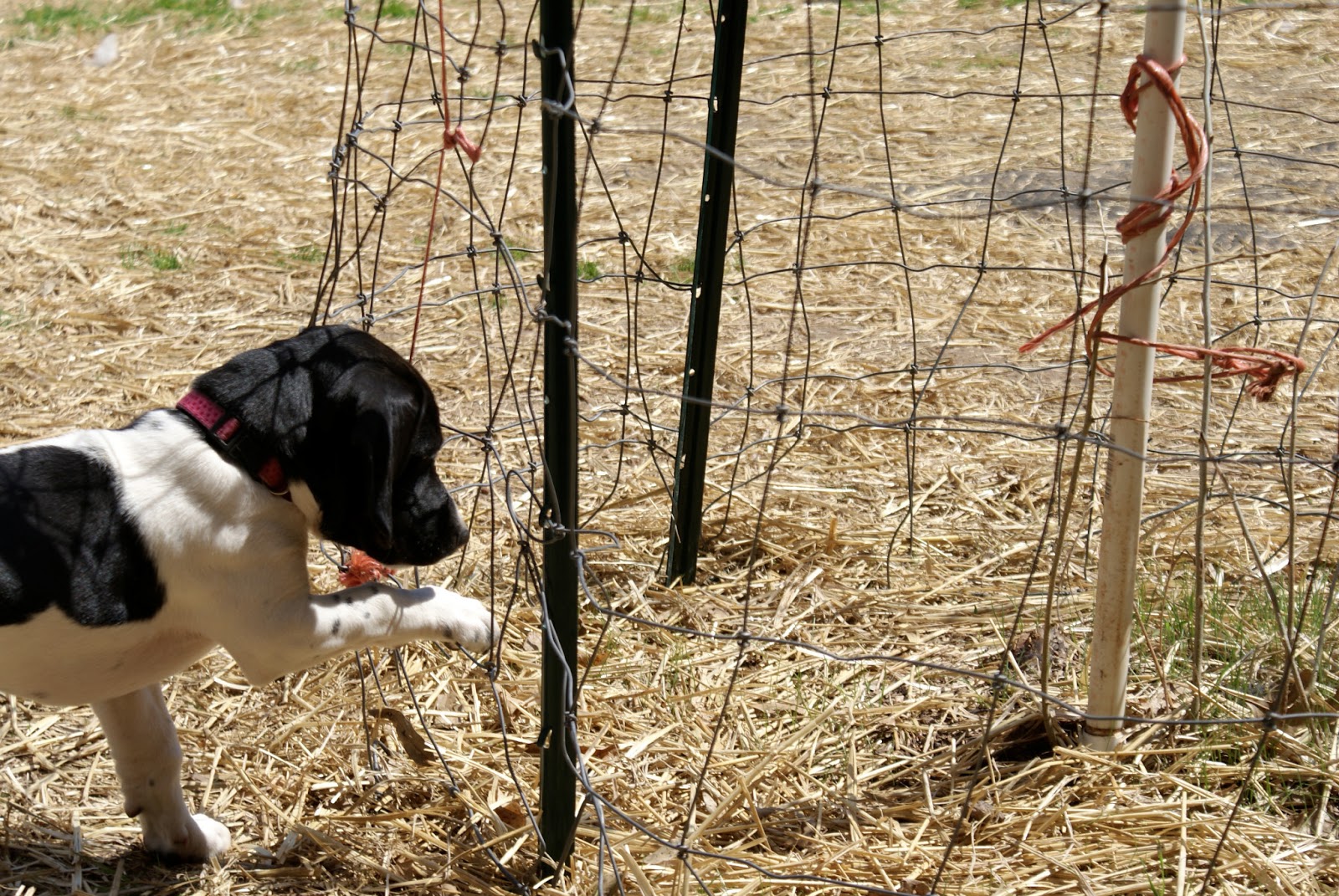 Finally, even as we shouted at her, she stuck her head thru the fencing. 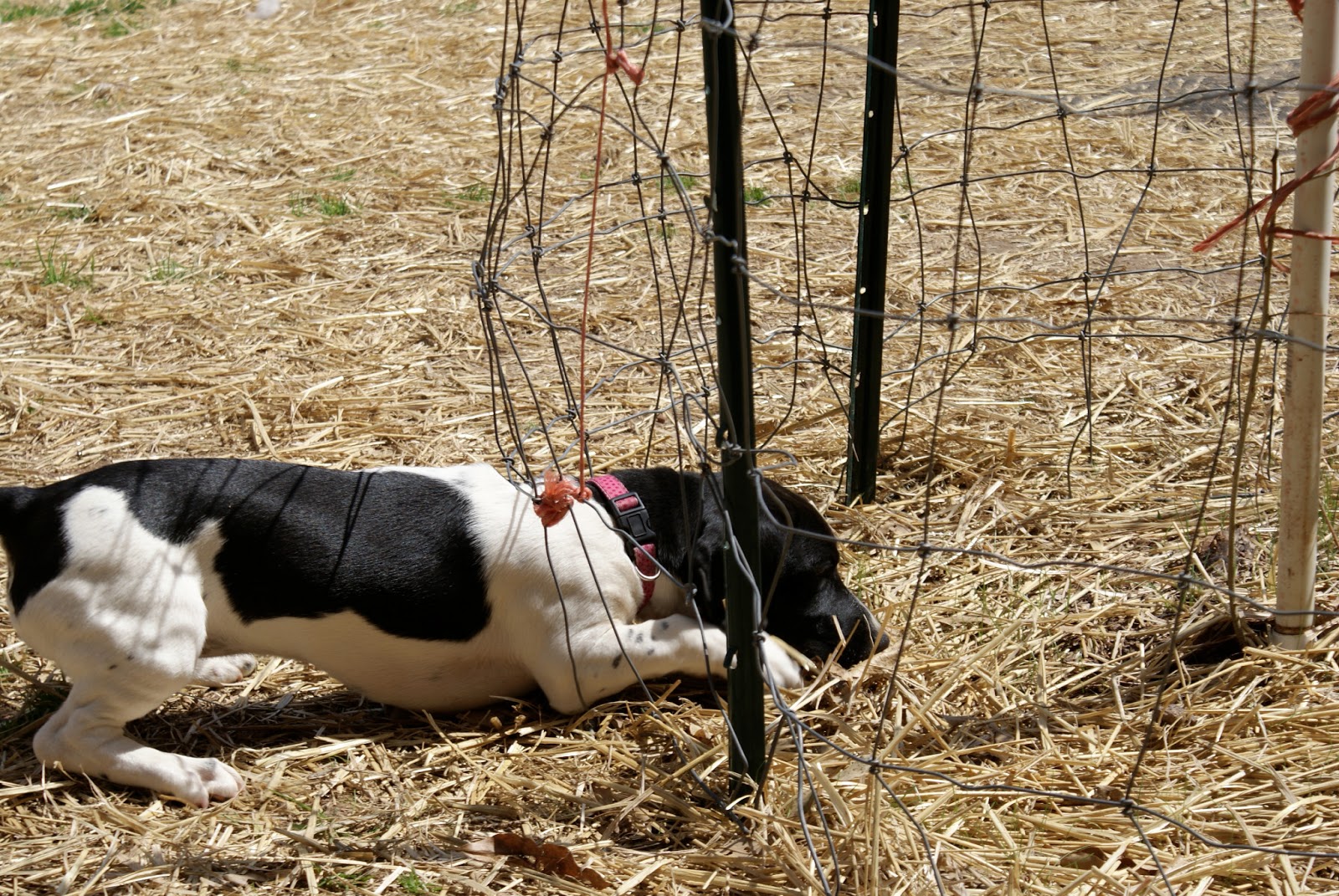 Before we could react she was squeezing her body thru. 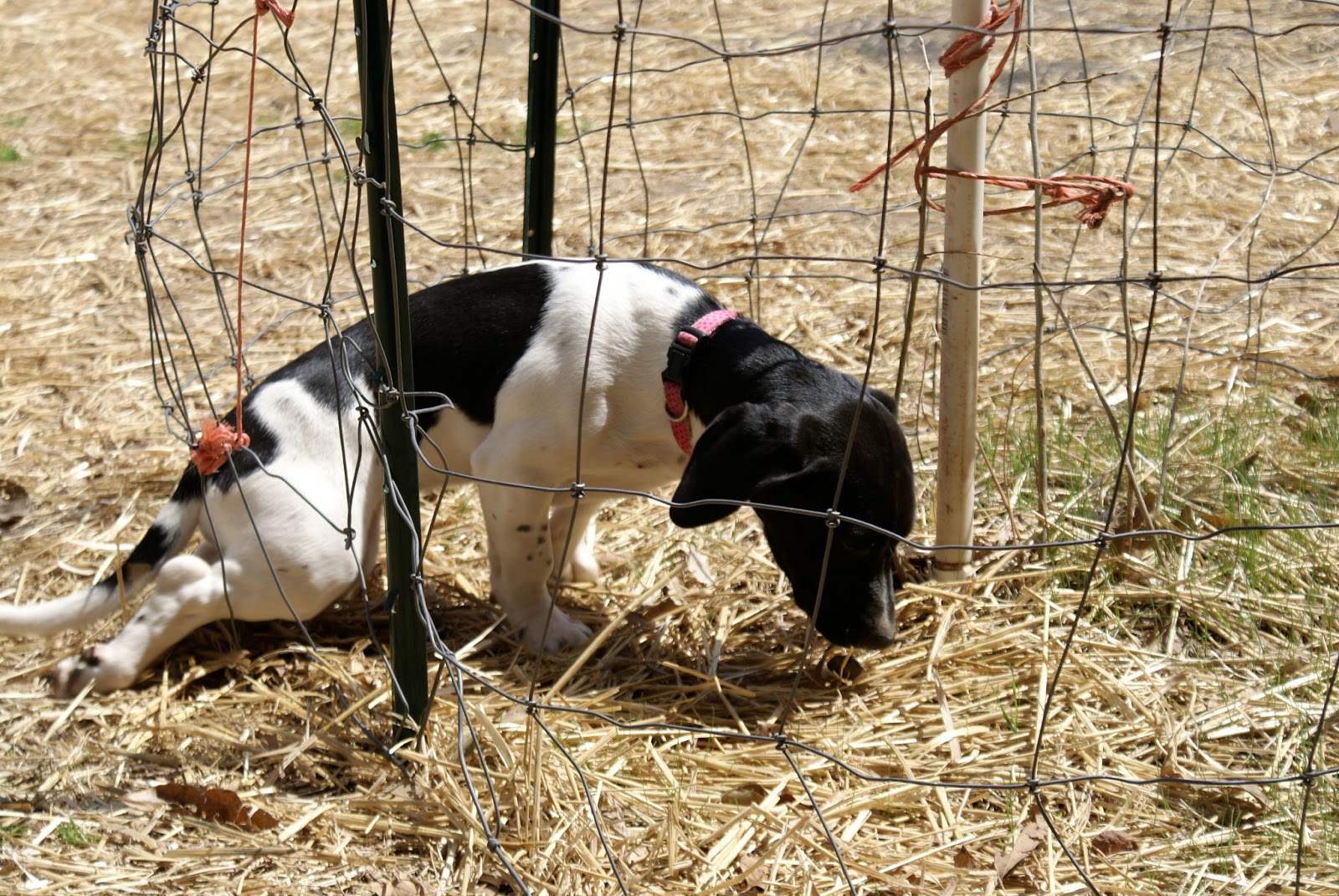 Finally she was inside and probably thought she was safe. 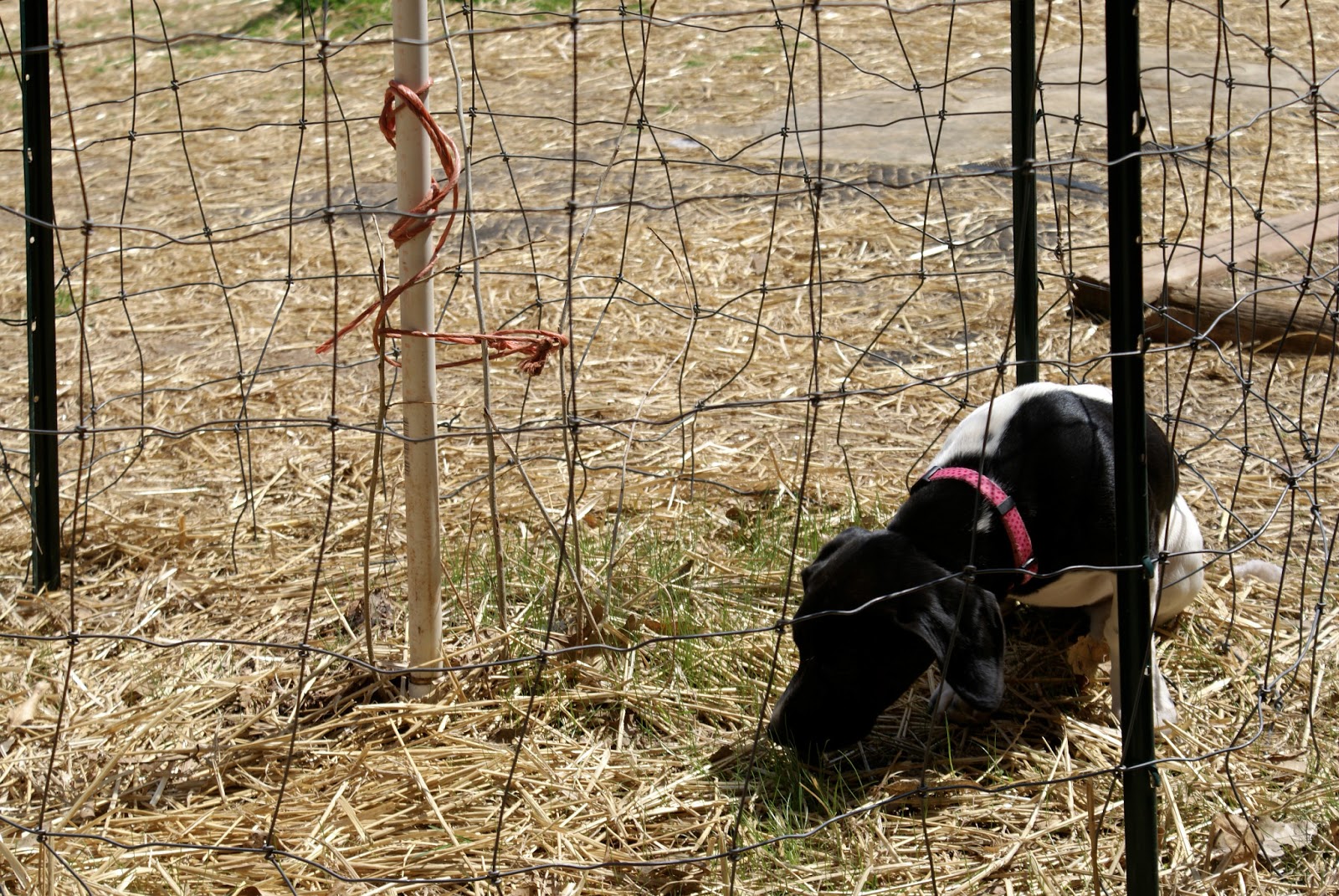 She didn't expect me to reach in and lift her out, snap her leash on and tell her she was a bad girl. Why do I think we'll be going thru this again soon?

uh-oh...... but ya gotta admit, I love how we all make sure to snap pics of the 'no-no, bad dog' momemnts to show the rest of the world just how cute they are! :)

Hahaha... I believe we've had more than one conversation about how much more work a smart dog is. And a smart, not-necessarily-willing-to-please dog is a WHOLE lot of work.

Ahhhhhhh, the life of a puppy, curious, and now the war is on, Mac is gonna have that spot no matter what!

She is a very determined girl! Hope this doesn't make her more determined.

Haaaaa that tree must be tasty
Benny & Lily

Aww, she just wants to visit her new tree friend!

You and Molly could be twins, Mac! Molly turns a deaf ear to the word NO too!

Lightning is quite proud of Mac:) Mom says she keeps hoping that he will improve with age. Ciara is a lot better now and she has about 18 months on him. Is Mom dreaming? Hmmmm...

We well behaved elder dogs offer our sympathy. How about finding a toy or two they haven't played with for a long time.

I think your little girl is a lot like the ocean, you don't want to turn your back on her, especially while she's focused on that tree! :-)

She's going to be your challenge isn't she? What a determined little girl. And super cute! g

We think Mac is part Rottweiler

It's a good thing Syd is more laid back. Keeping up with one Mac is enough for you, I think!