Only A Day Late

I heard that today was World Turtle Day, but it was actually yesterday. I'm sure the turtles won't mind that we're a day late. 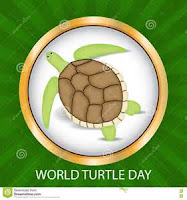 I like turtles. When I was a little girl I had a tiny little pet turtle that lived in some special little place where he had a pool and a rock and I caught flies to add protein to his diet. I think my Grandfather got him for me so that I'd leave the large snapping turtles alone. We lived in the country and there was a creek and swampland. The big snappers would come into the yard to lay eggs and would make a mess of the yard. My Grandfather and Uncles would relocate them whenever they spotted them. I was a collector of wildlife but collecting snappers was discouraged for obvious reasons. 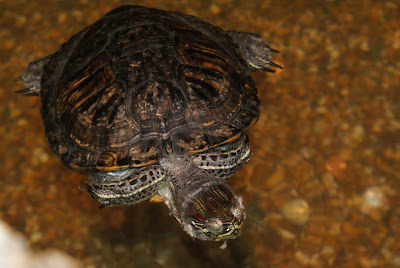 When I met Rob I didn't realize that he was also a turtle person. Then he started coming home from work with turtles in the back of the car. When he saw one crossing a dangerous road, he'd stop and stick it in the car. Then when he got home we'd put it in our pond or take it to another safe location. 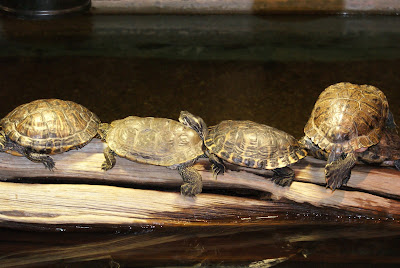 When we moved here we were pleased to find that we have a turtle that lives in the woods behind our house. Each spring he comes out of the woods and crosses our yard on his journey to a nearby pond with other turtles. In the late summer he makes the return trip. We watch for him to help him on his journey. 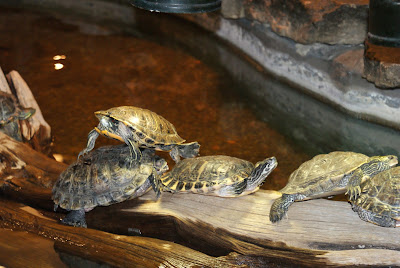 One morning last week Rob took Tess into the front yard while I had the others in the back. He saw a fairly large snapper sitting in the driveway. He put Tess on the deck and with the help of a large flower pot, he helped the turtle into the woods so that he wouldn't be run over. 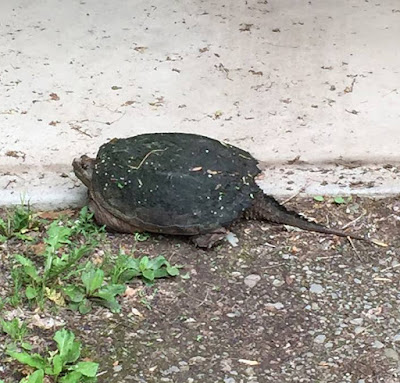 I no longer have turtles as pets, but I do have this one that I made a while back. I like that he's wearing a rain hat and boots and his shell is designed like a backpack. I hope to make another different style turtle soon. 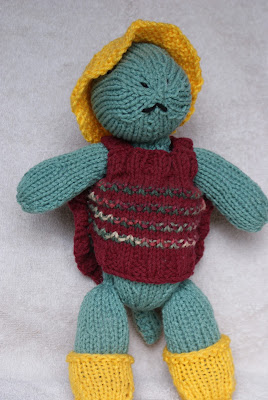 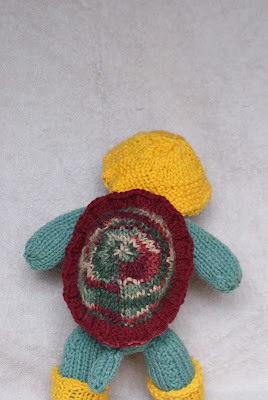 Today's May flower was a mystery. The leaves looked like geranium leaves, but it was a wild flower planted by the birds. Then I saw the tiny flowers and looked them up. Apparently it's called a 'wood geranium'. 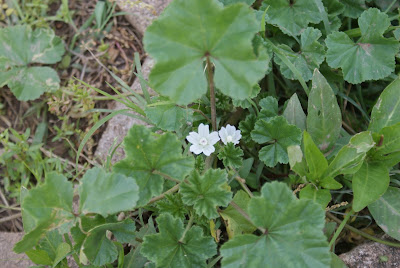 If you see a turtle in the street, do you give him a hand getting across? 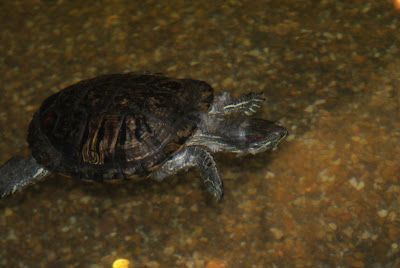 We don't seem to have turtles around here....they stick to the waterways. SHE likes turtles, as a child, used to catch the Box Turtles--tortoises, really, and feed them for awhile before releasing them into the woods.

Your knitted turtle is just adorable, Miss Sue! We love turtles too - but not the snappers. They're mean.

We want a pet turtle 🐢 they ate the cutest
Lily & Edward

Momma says she's never spotted a turtle in the road, but she'd help it out if it was safe.

We have a fish pond at our office, but when snappers show up, we relocate them to the city's pond a few miles away so they don't eat our fish. Your knitted turtle is adorable!

We always brake for turtles!

Fun story... I'm driving down a busy county road with my husband in the passenger seat. All of a sudden, he yells "PULL OVER!" so I do. Husband jumps out of the car and takes off like a shot back the way we came - running, running down the road.

A few minutes later, back he comes, holding a good-sized Spotted Turtle (Clemmys guttata). The poor thing had been walking along the side of the road, and husband spotted her and could see that she was not in a safe place.

We gave her a ride to a nearby marshy, wooded area (which was well away from the road). En route, she made it clear that she was not thrilled with us (peed on my husband, then pulled into her shell and closed up like a clam). But she was charming hitchiker and we were very pleased to help her out of harm's way.