Words That Make My Heart Sing

Yesterday Fudge, Sky and Bailey visited Dr B.  All three were on their best behavior and the visit went very well. 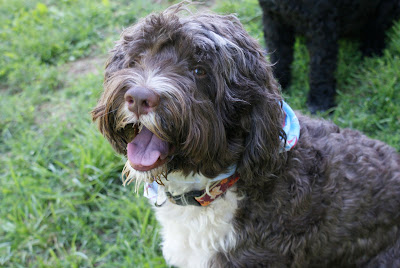 Fudge had a great checkup. He was cooperative as usual and offered his leg for a blood sample. He's in excellent shape with only a couple of minor things to do. He needs a dental cleaning toward fall and he has a sebaceous cyst on the top of his head. We told him it was just that he has such a big smart brain that it needed extra room. He bought it. When he has his teeth cleaned, we'll probably have the cyst removed. 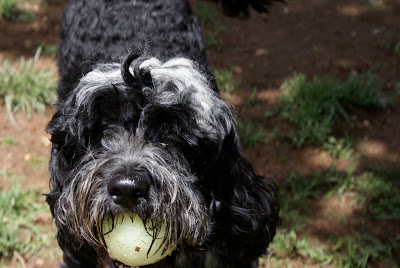 Sky had a wonderful checkup. Last year Sky was fat. He looked fat and he didn't want to run and play and just sat around like a lump. Dr B suggested that he lose a few pounds so we got to work on that and yesterday we were thrilled to learn that Sky has lost 10 pounds. He's slim and trim and chases the girls around the yard. He plays ball for hours and is showing much more interest in life. What a great success. I'm so proud of him. 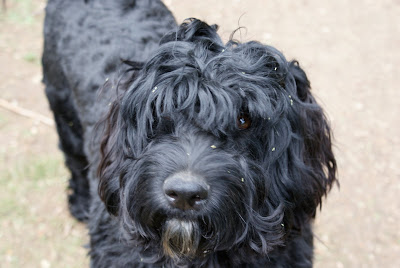 Bailey had the biggest surprise for me. Bailey has gained almost 10 pounds in the past year. I was sure the scales were wrong so we weighed her on two different scales. Dr B says she has muscled up a lot over the past year and only needs to lose 2 or 3 pounds. That should be easy. At one time she was our little girl that got pushed around by her bigger sisters. No more! She had no medical problems and unlike last year, she offered a blood sample without a struggle.

After today's dogs were finished Dr B and I went over the lab reports from the ones the day before. 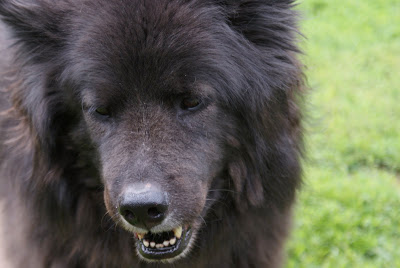 Tsar has one elevated liver enzyme that we'll be keeping an eye on. We'll repeat his blood work in about 60 days. Today we started him on some pain medication for his sore back and hips. In a few days he should be moving around more easily. The rest of his labs were perfect. 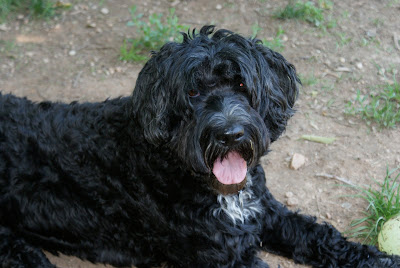 We were extremely pleased with Samba's lab reports. We're starting to reduce her Prednisone today. We'll be watching closely for any signs of a relapse, but with her new Omega 3 diet, we're hoping her body can fight off the disease. She has a small papilloma on her front foot that will probably be removed later this year though it's not bothering her. We also have a few things to try to see if we can help her sleep thru the night. I'll let you know if any of them work. 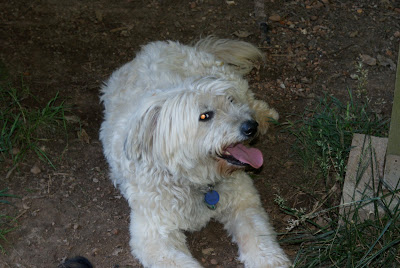 Finally Miss Morgan. Dr B looked at her lab report, turned to me and said, "Morgan might live forever." If you don't think my heart sang out when he said those words, then you haven't had an older dog that you loved like crazy.

When Morgan was three years old she had a severe reaction to an antibiotic and her liver failed. She was in the hospital on IV fluids for two weeks and her chances were poor.  After that she had very elevated liver enzymes for years and we suspected Cushings Disease. Dr B said then he didn't think she'd survive long.

Now we've turned it around and her liver enzymes have come back into the normal range. Except for her arthritis and her anxiety and OCD problems, all of which are being treated, she's in great health and had a wonderful lab report and examination. Dr B told me yesterday that Morgan can probably live to be in the 13 to 15 year range and he's leaning toward 15. There is nothing better he could have said.

Today Lola, Tess and Noah will take their turns, then we'll celebrate.
Posted by Sue at 2:03 PM

Oh Sue, that makes MY heart sing! I've been telling my girls since they were little pups that they are going to live long, LONG, healthy lives...

Sue, I know how you feel - I remember the day my Vet told me those same exact words about Java - and he did have a long, happy, healthy life.

Awesome news all around. We hope that the meds will help Tsar feel better - maybe he will be doing zoomies with the others soon too. We hope we get a good report next week with Thunder. He is such a healthy guy we would be very surprised at anything unusual.

Have a great celebration with all the good news.

Aww.. that' makes MY heart sing too!

Great news all around but the news on Morgan was the best!

We love those kinds of vet visits!!

Great news all around. Hey! Somebody else already said that. No worries. It is still true for sure.

That's very good news Sue. Guess it means that you and Rob do take care of your pack very very well. And they are a very happy pack.

Oh.. we have to get on the with green bandana for you :)

You are really taking good care of your pack. Glad to hear they are doing so well.

Wonderful news - truly wonderful. I know exactly how you feel with a dog you love to bits and great annual report. :) g

Great news all around!