Remember final exam week when we were in school? Remember the anxiety? 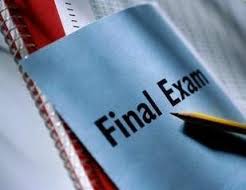 This was exam week for me and I was feeling the anxiety as I do every year. This was the week that all the Porties went to the vet for their annual check ups.

Each year Dr B and I discuss any health issues and what to watch for. We discuss diet and set up goals for the coming year. Last year weights were on the high side, teeth needed attention as did ears. After last year's visit I started brushing teeth daily and set a routine for ear cleaning each Sunday afternoon. 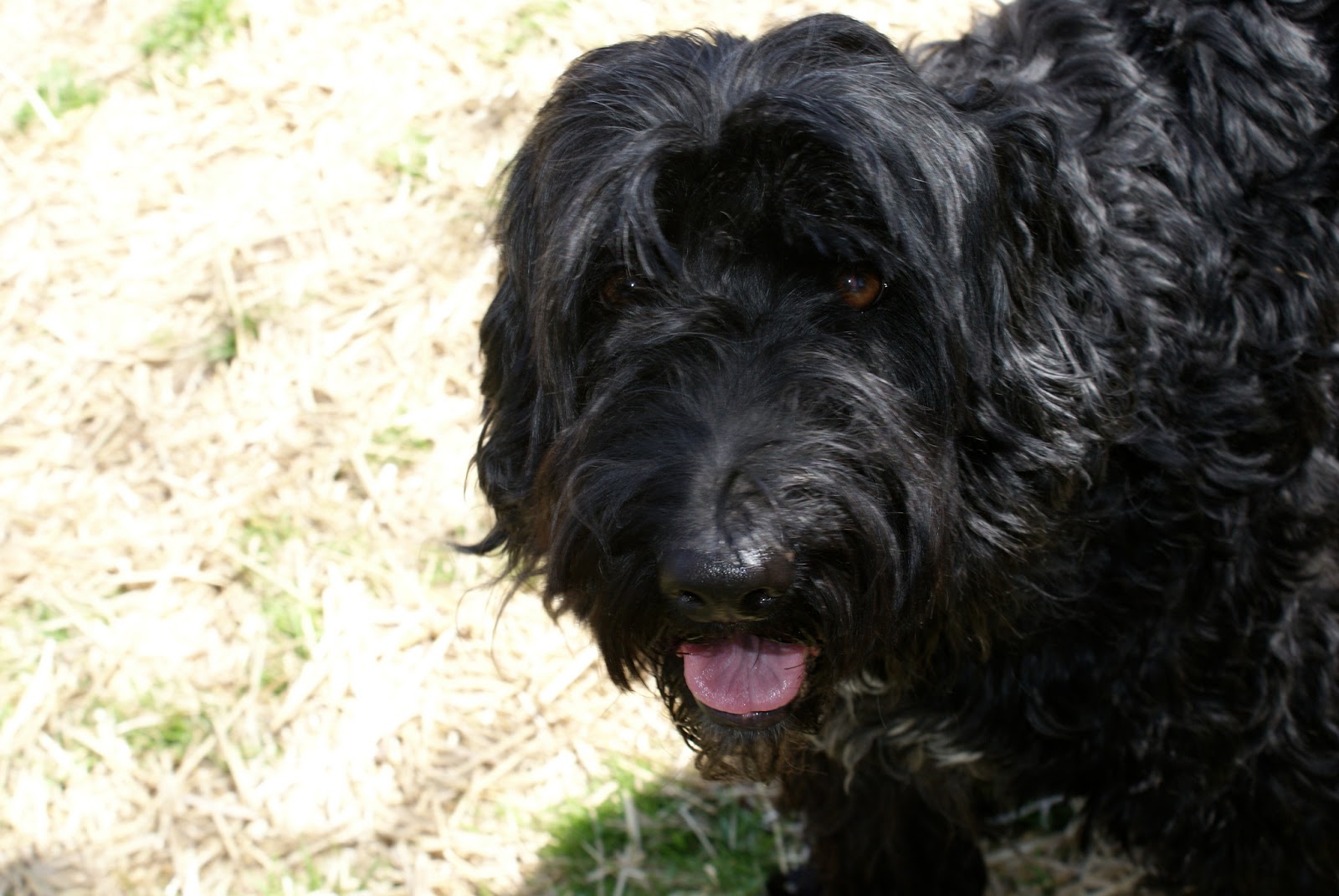 Then everyone got sick during the summer and the routines fell apart. I was concentrating on the sick dogs and getting them all the care they needed. As Samba and Sky got sicker my day was eaten up with running them outside every hour, coaxing them to eat and giving medications. I lost eighteen pounds during their illness. 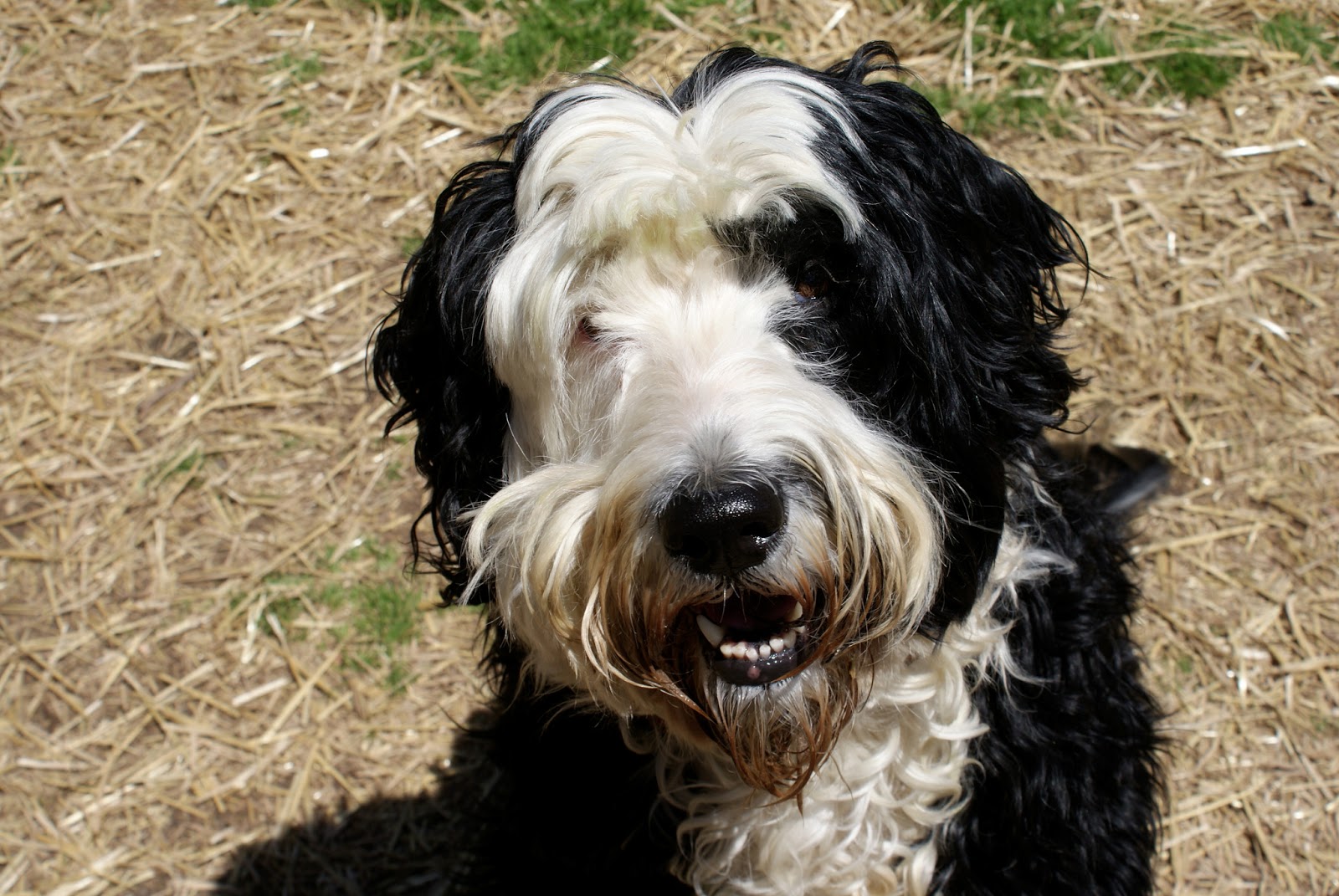 This week we took the dogs in groups of three. The first batch were Tess, Bailey and Norma Jean. They all behaved very well considering how excited they were. Each of the girls had lost nine pounds since last year and the doctor was pleased. Bailey has a couple of cysts, one on her neck and one on her back, that we'll watch and remove if they grow. 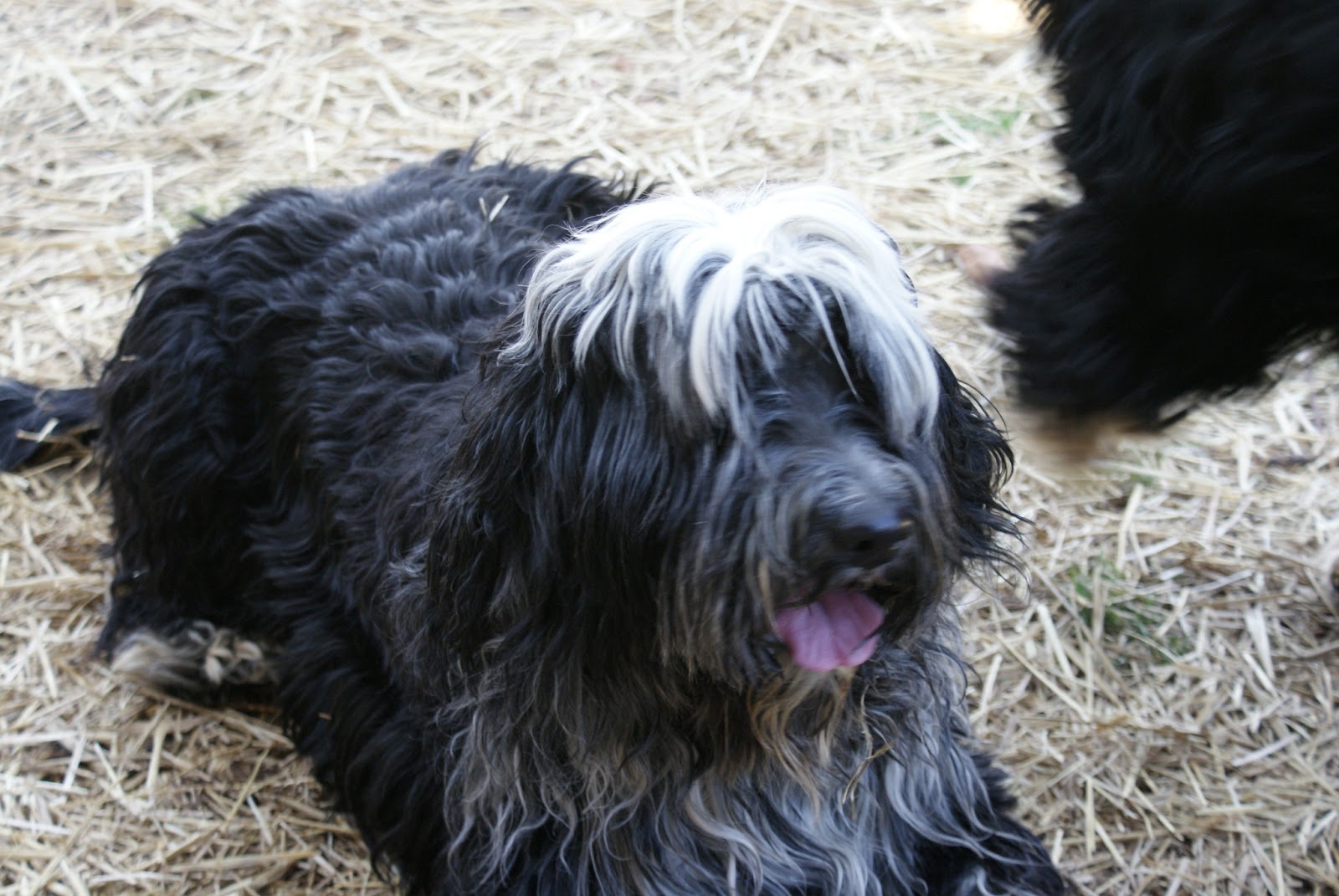 The second batch to go were Lola, Noah, and Fudge. Lola had lost six pounds and Fudge and Noah were exactly the same weight as last year. They had each lost a lot during their recent illness but have gained it back. Lola has two cysts, one on her hip and one on her muzzle. Fudge has a large cyst on his chest, but it hasn't changed since last year. Lola had a bad case of wiggles during the exam due to a thunder storm going on outside. It made the blood draw a little more of a challenge but we managed. 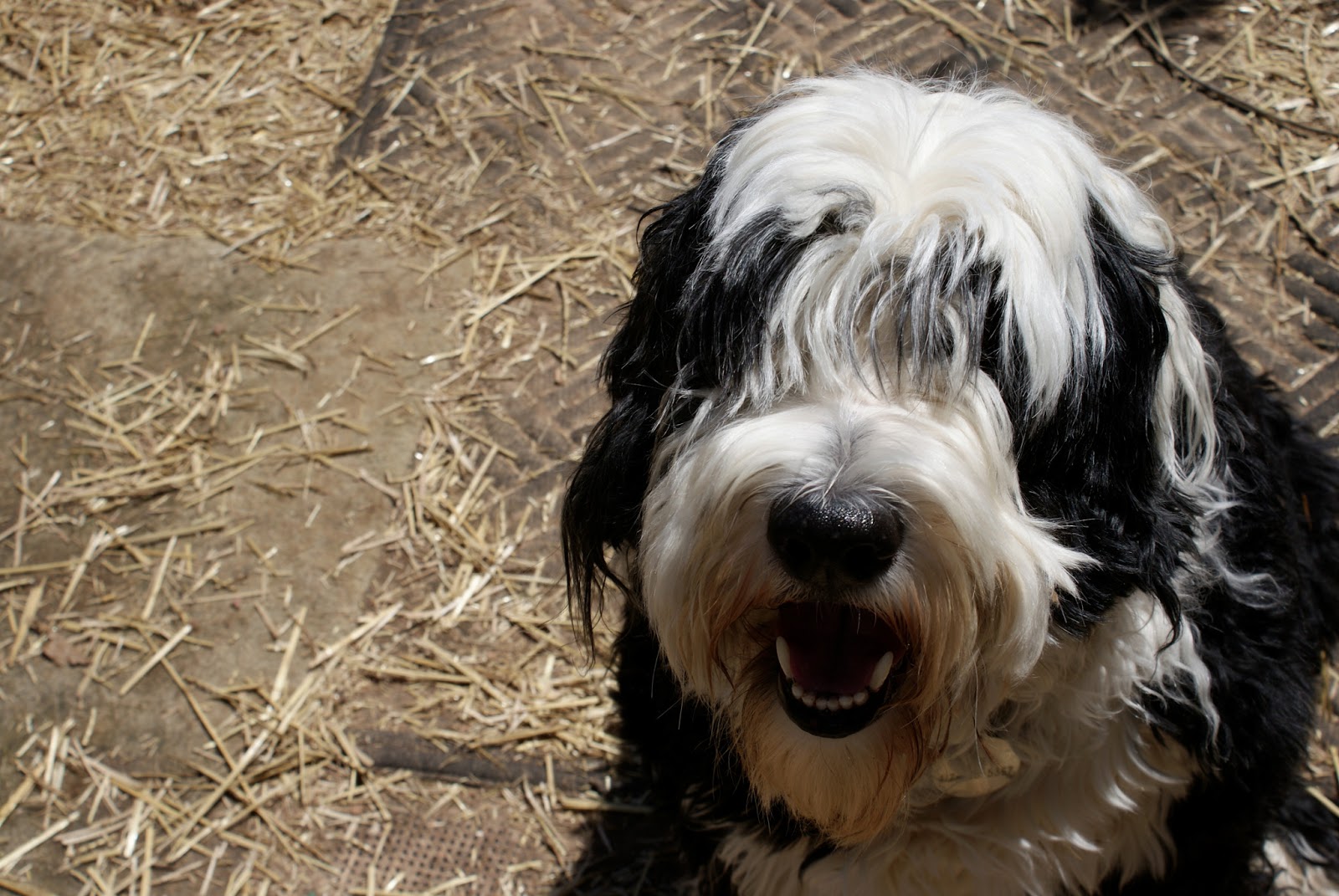 One of Dr B's specialties is dentistry and this year he said that Tess and Noah both need cleaning, but we're doing well with our brushing on the others. He also said the ears all looked good. 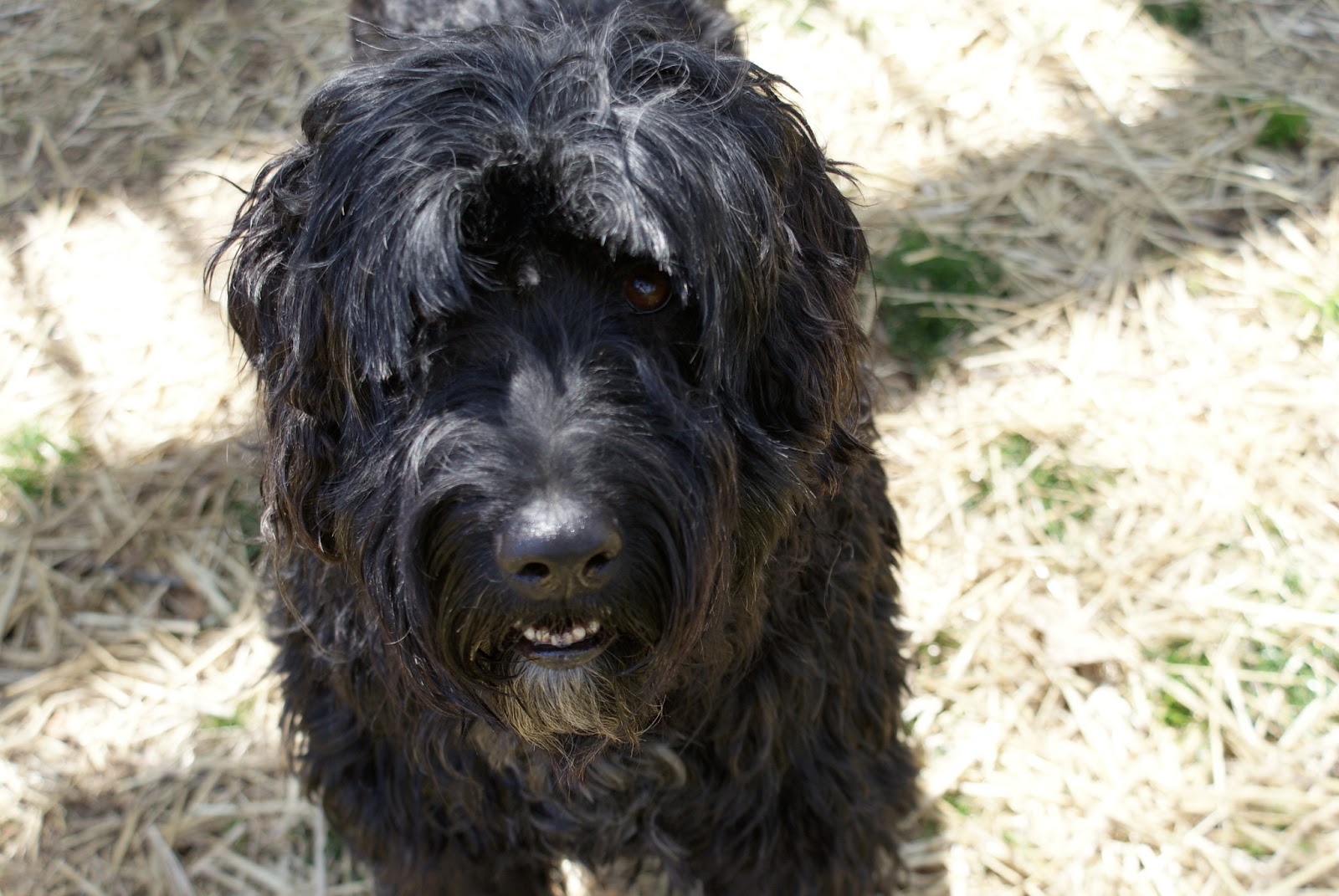 The blood reports came back yesterday and they were all perfect. No problems showed up at all. It's a huge relief to me after last year's disasters. We'll continue with the routines we have in place since they're working for us. 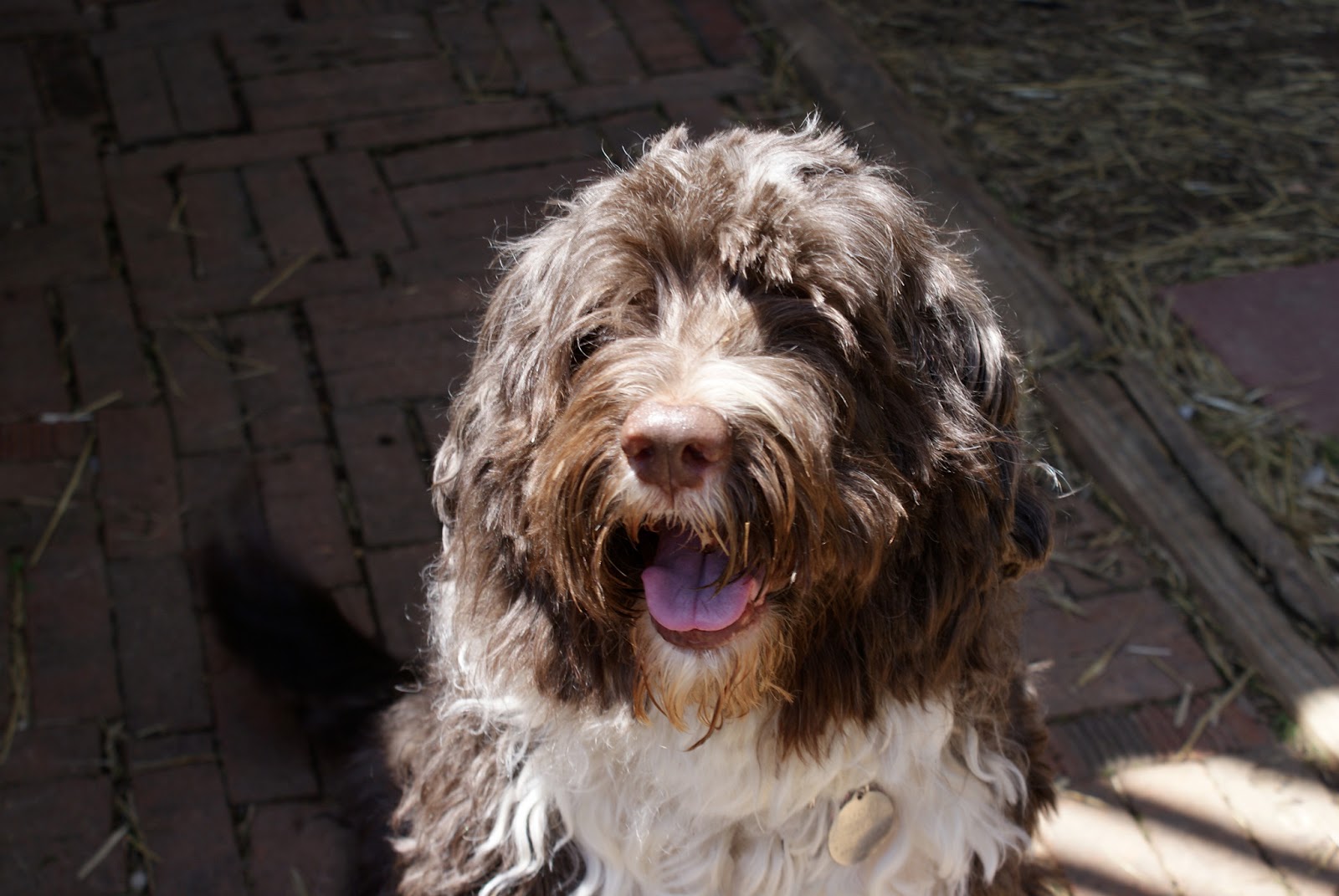 In May Morgan will go in for her check up and the pups will be spayed toward the end of May. Then Sebastian will have his visit in July to mark his being with us for a full year. Looks like we did Ok on our final exams this year.
Posted by Sue at 4:08 PM

You know. that's a lot of fur balls to have to get rounded up each year!
Mom just asks us if we have any problems, otherwise its just our shots and lots of hands going over us while we wiggle with all the attention. Glad the clan is doing so good. Tell Fudge we are ready for his next bedtime story!

Overall it sounds like a pretty good visit
Benny & Lily

Pawesome report. And so well deserved after the year you had and all your hard work and devotion to make everyone well.

You all deserve good health for a while!

Congratulations. Exams are always worrying. Looks like the team did well. Keep up the good work.

Howdy Mates, well done on your hard work in keeping your pack healthy. You deserve a big hug. Here it comes ..............gotcha. Woops sorry about Rory's slobber hehe. Sounds like you and hubby deserve to go out and have coffee and cake too! No worries, and love, Stella and Rory (and Carol)

Hi there, I jumped over here from Dachshund Nola's site, and just wanted to say your dogs are beautiful! Glad their "exams" went well!

Congrats on such healthy pups and on developing a good health routine for them all.

They are a bunch of sweeties!

Yea! I love good marks on a test. Abby has her exam tomorrow. g

That's a lot of furry kids to take to the vet. Do you get a volume discount? :)

You all passed! This is great news to wake up to!

Yippeee well done to you mama and all the gang. Now it's time to celebrate!

Hooray for great exam scores! And if Momma's like me, she won't miss the extra 18 pounds (and/or will indulge in chocolate to celebrate). Everyone's looking good around there; hope spring is there so you can all go enjoy lots of outdoor playtime!

haha I was just talking to a mom about the anxiety re: baby check ups! Glad you guys did well this year

Hooray! So glad all was well. Or rather, that all ARE well!

PHEW!! I'm glad everyone is healthy. You deserve some good luck!

Oh, this report makes me VERY happy!! Yea!! What a great week indeed. You all deserve it!
Kisses,
Ruby

Oh, that's such good news! I'm sure there were some happy dances going on at your house when all the lab work came back perfect! This makes us very happy. :-)