Because It's The Cup

Are you ready, everybody?
It's me Fudge and there's lots of excitement around her today because there's a game tonight. 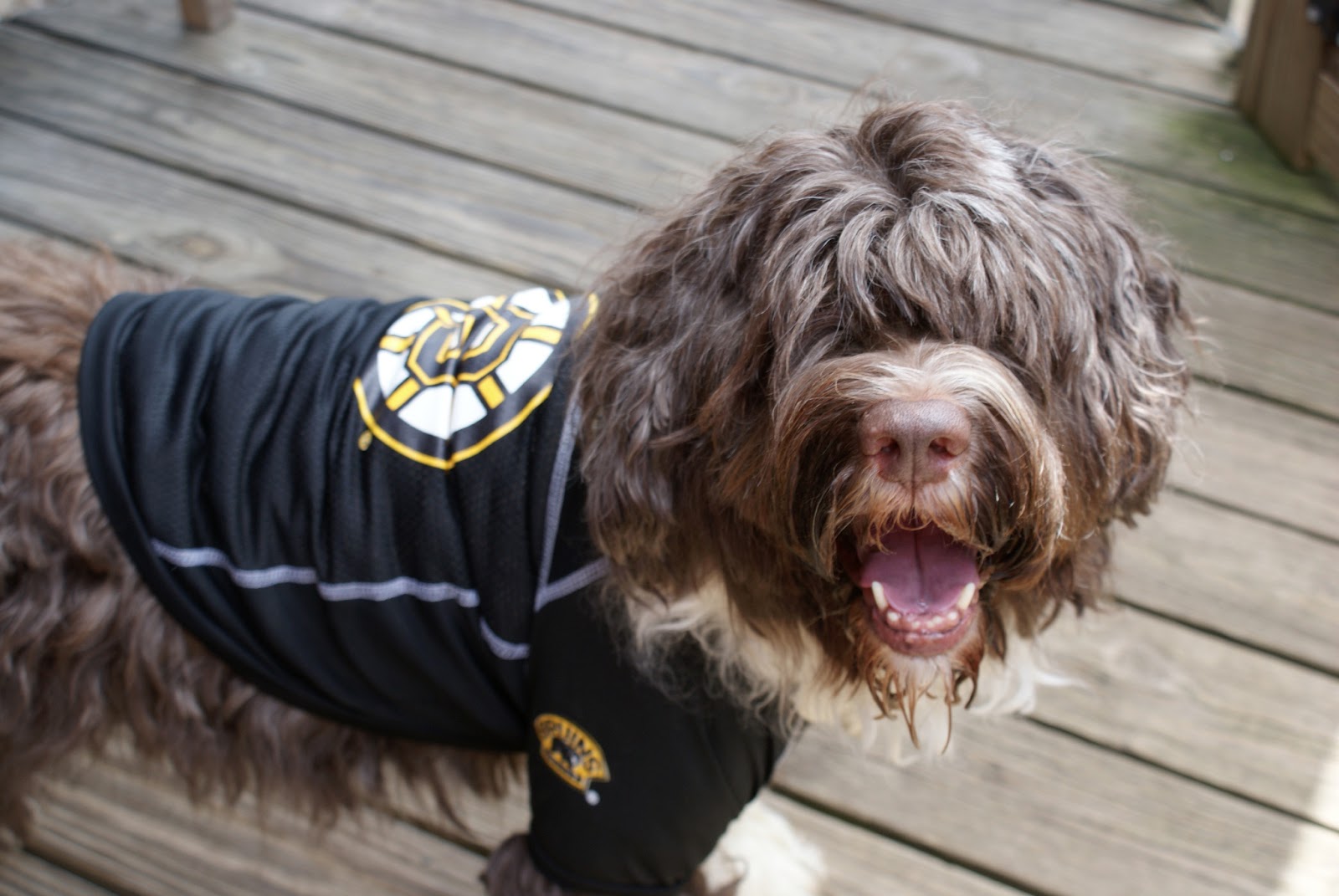 The Stanley Cup series is tied at two games each, so every game now is an important one. 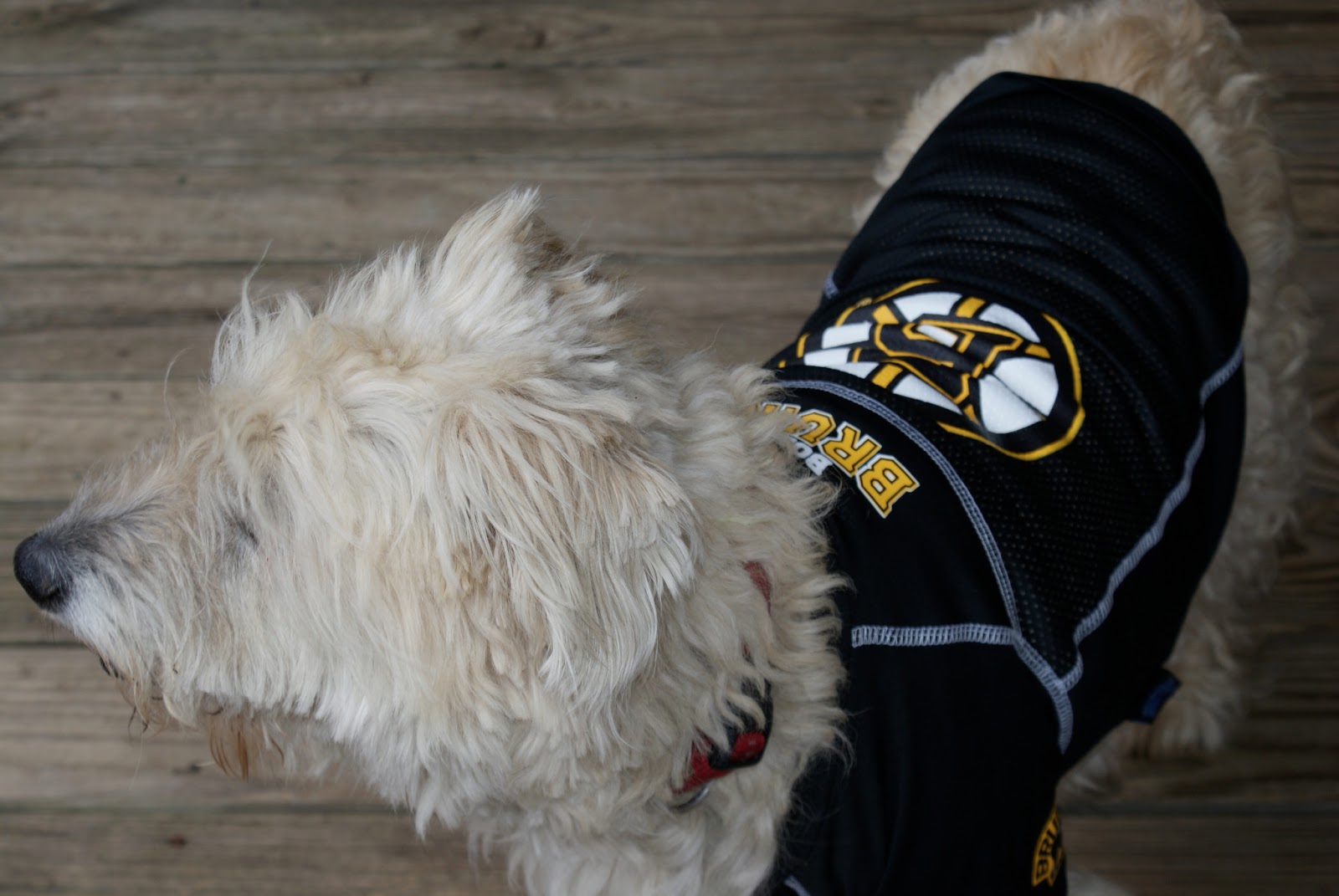 The game doesn't start till 7 but we have a lot to do to get ready. 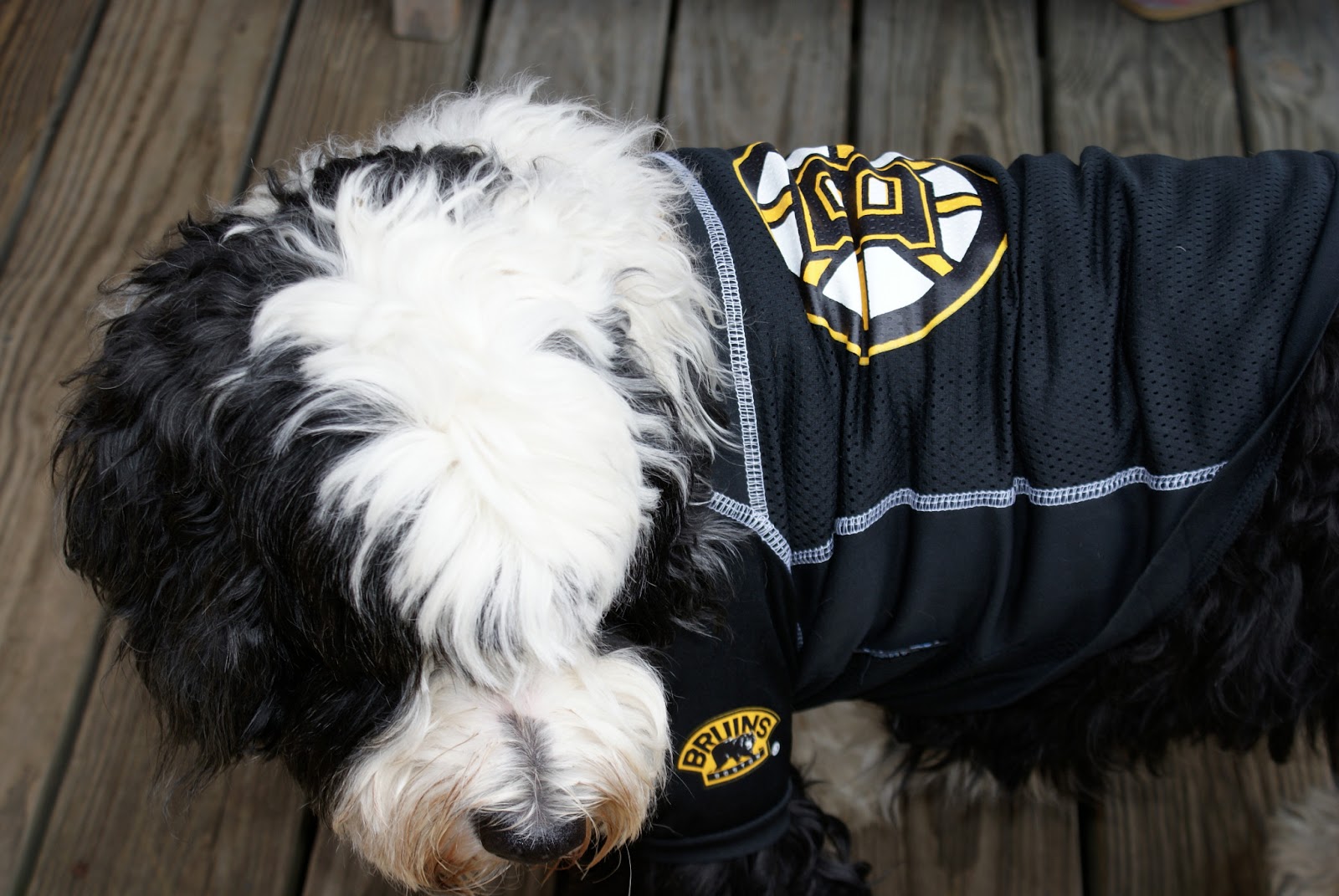 Mom told Dad that they're eating New England clam chowder and Boston baked beans for dinner. Then she says they're having Boston cream pie for desert. It looks like a cake to me, but she called it a pie. 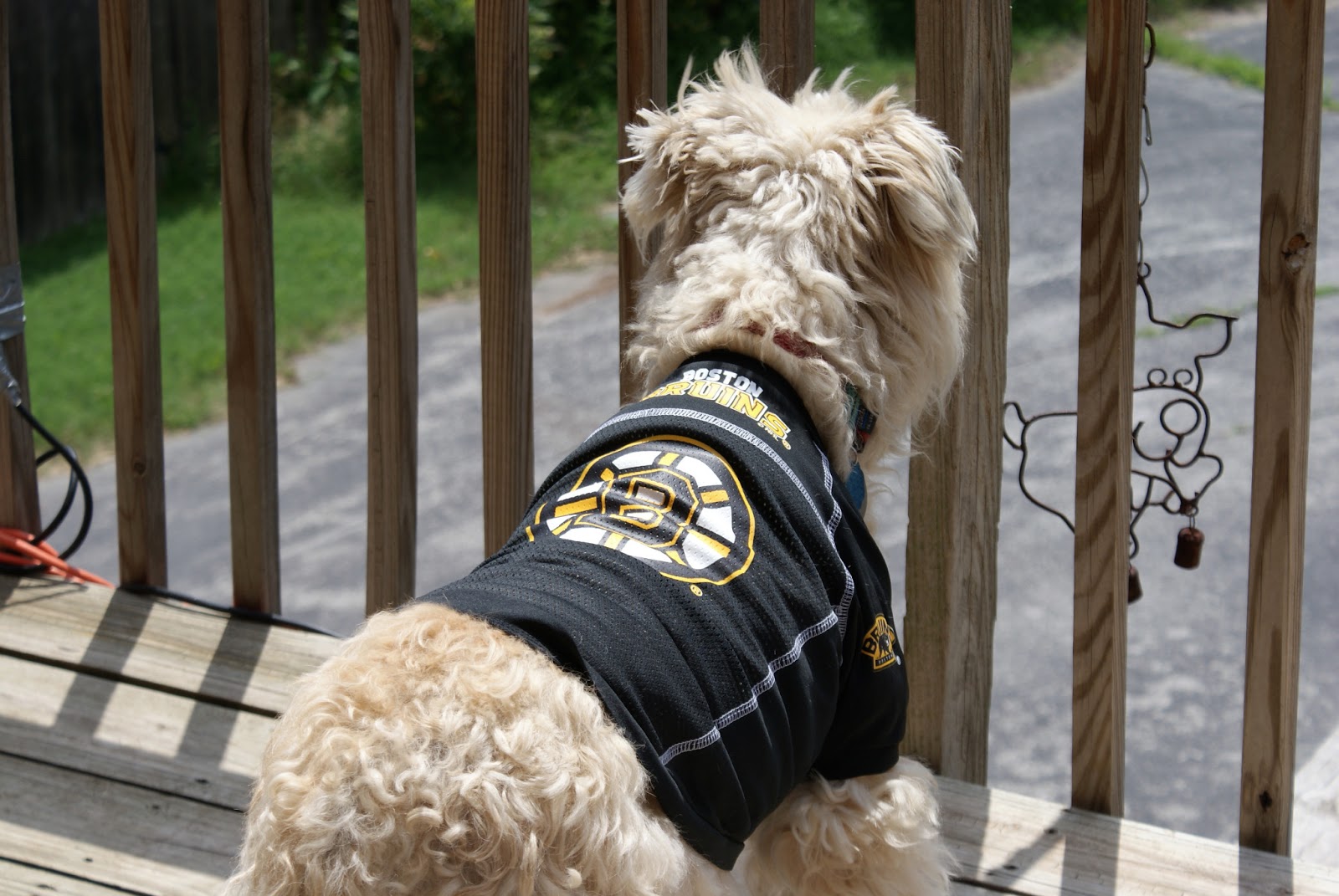 We're having fishes for dinner. Mom says people in New England eat lots of fishes. That's fine with us, we love fishes. 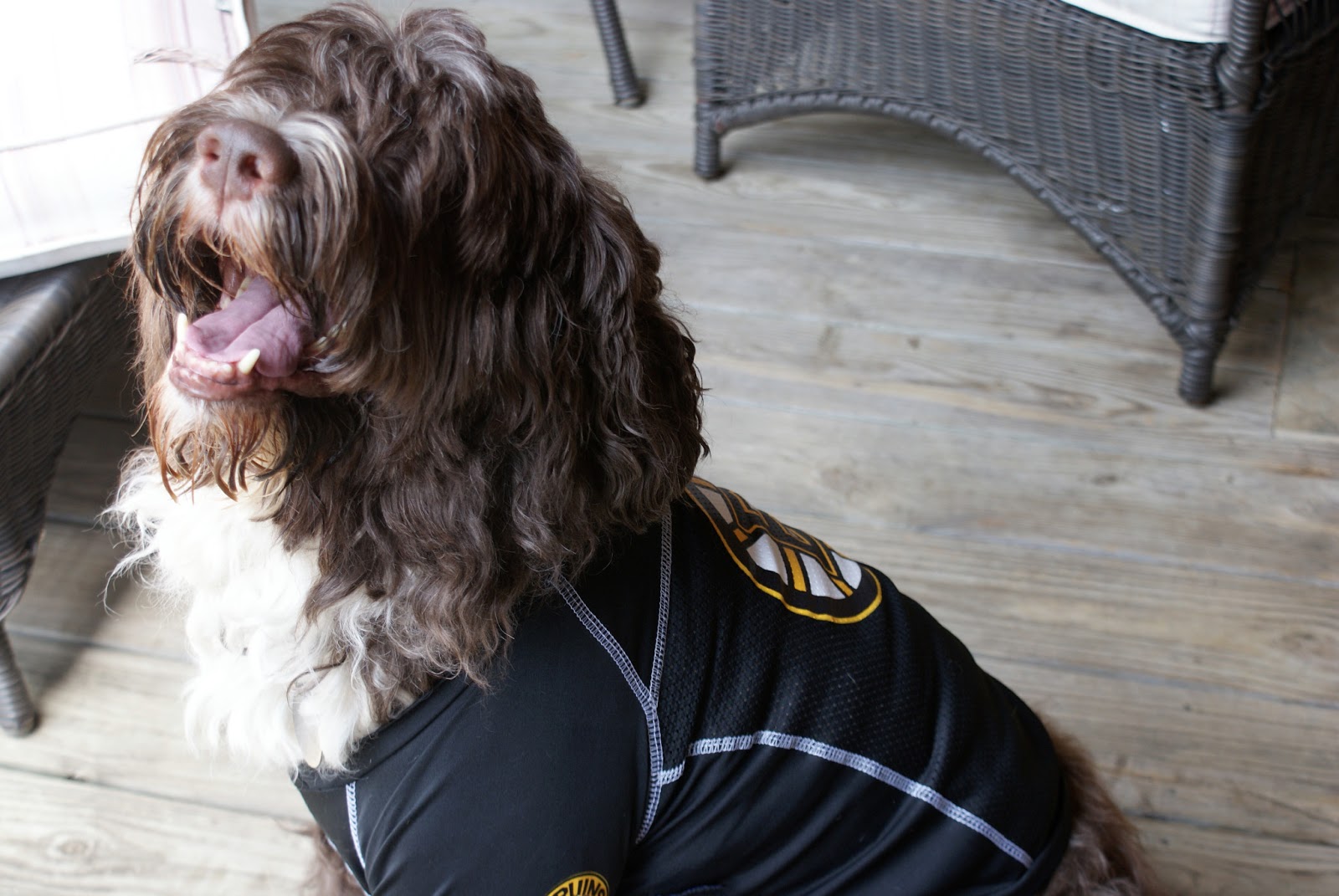 Then after dinner, we'll all find our places in front of Mom's big TV. She bought it just for hockey games though we watch other stuff on it too. 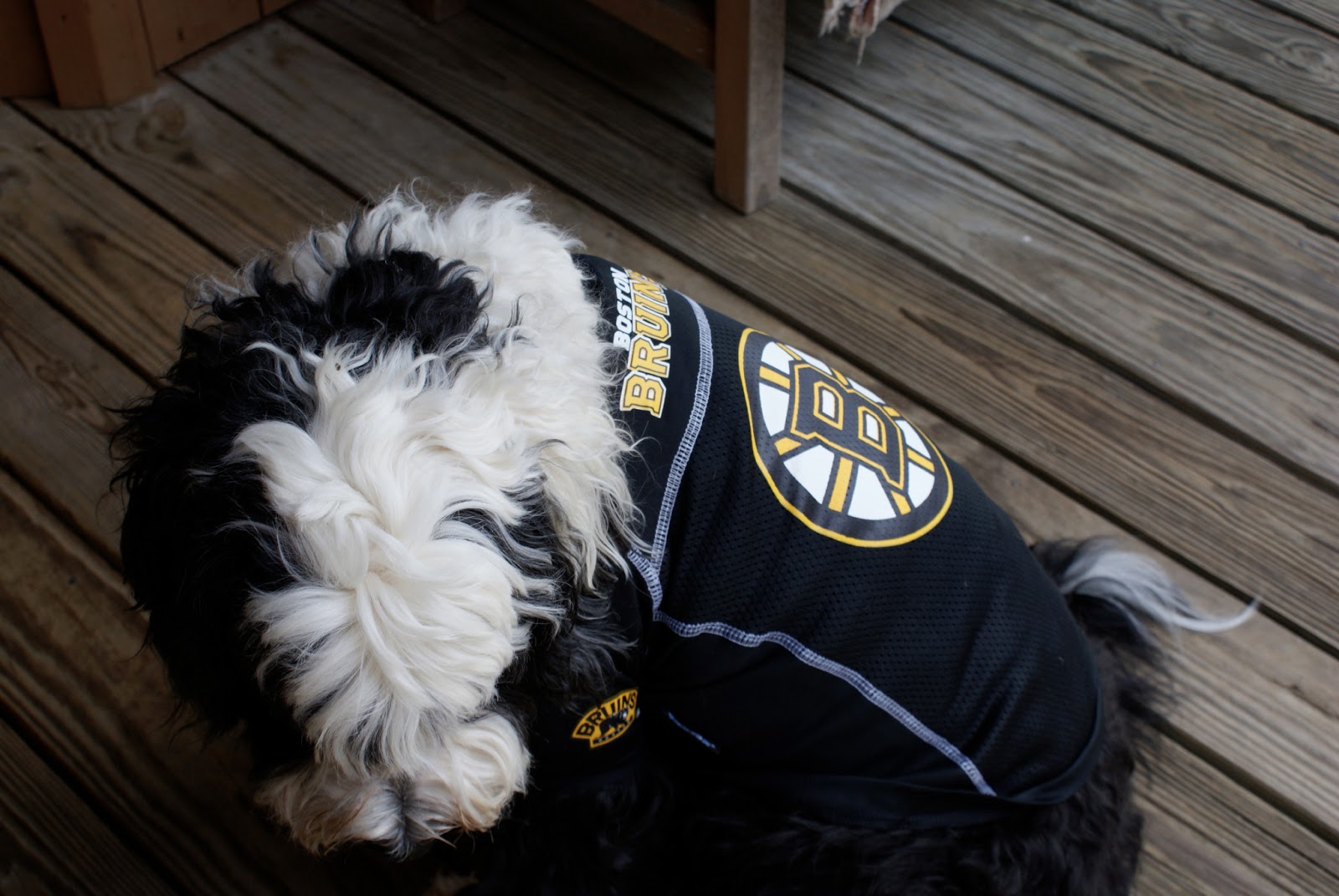 We dogs will probably fall asleep during the game, we usually do, but Mom wakes us up yelling when the players score goals. 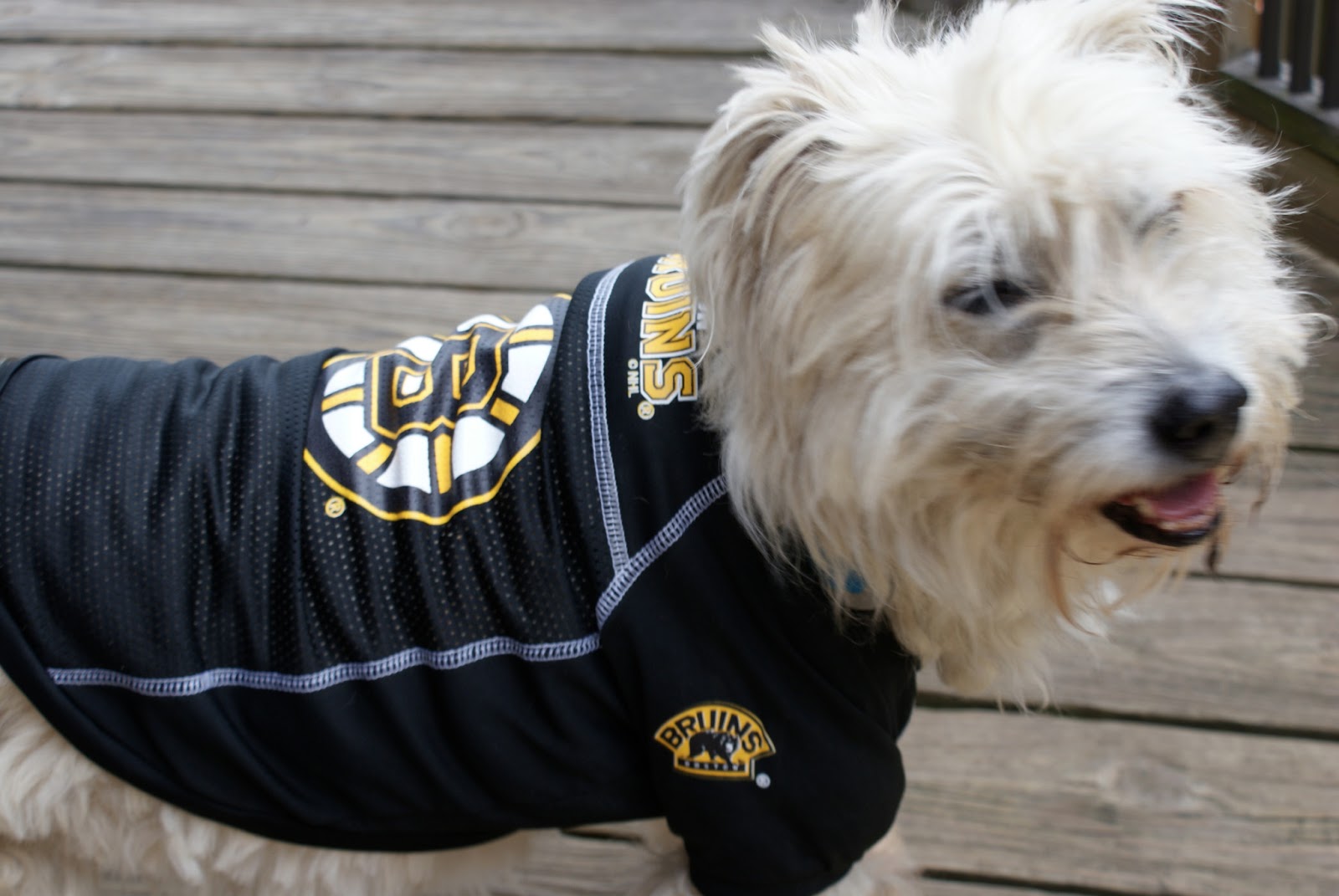 We're dressed and ready. Drop that puck and let's get this game started. 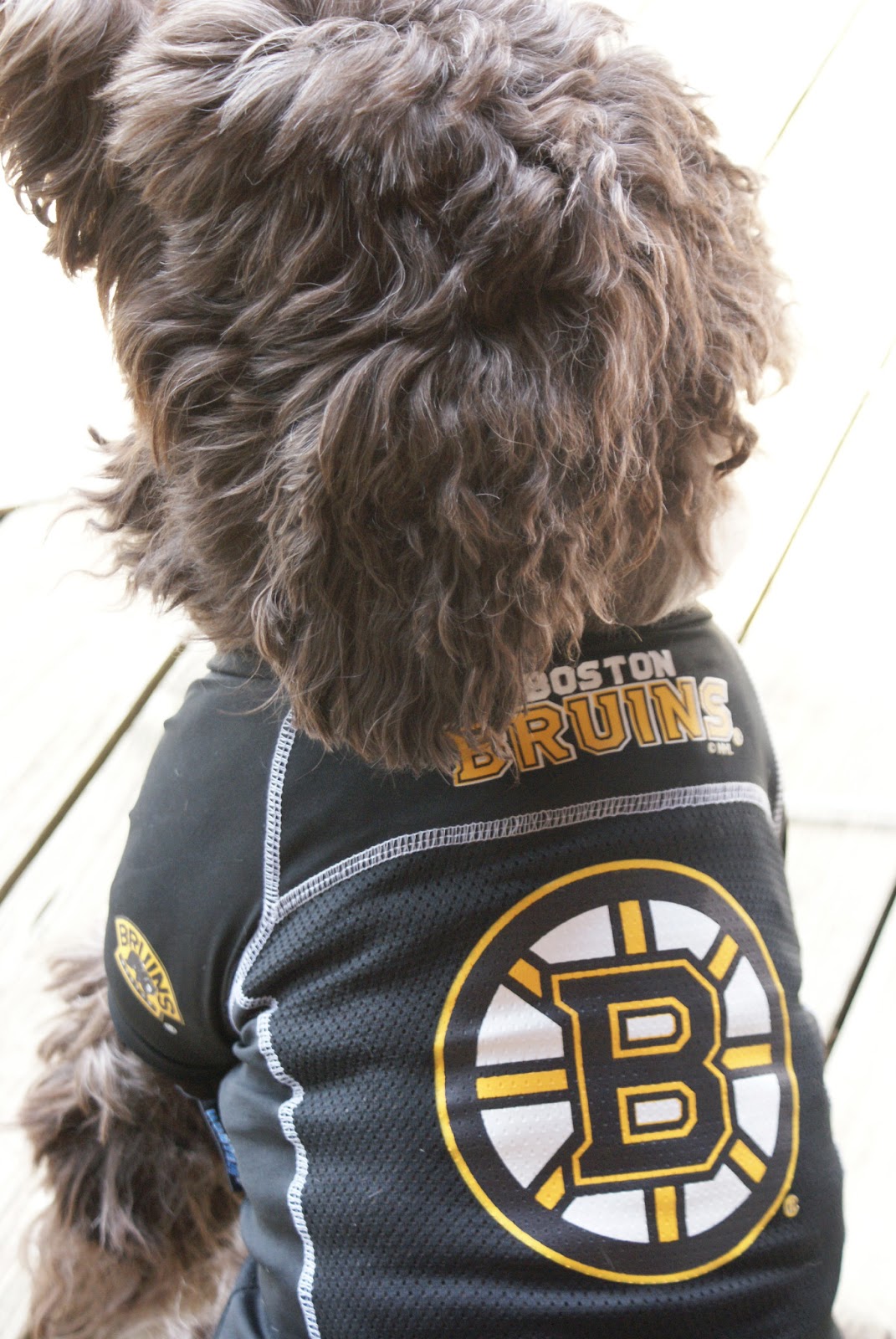 Mom says: Here's the graduation picture. This is Ann Marie and her brother Eddie yesterday. 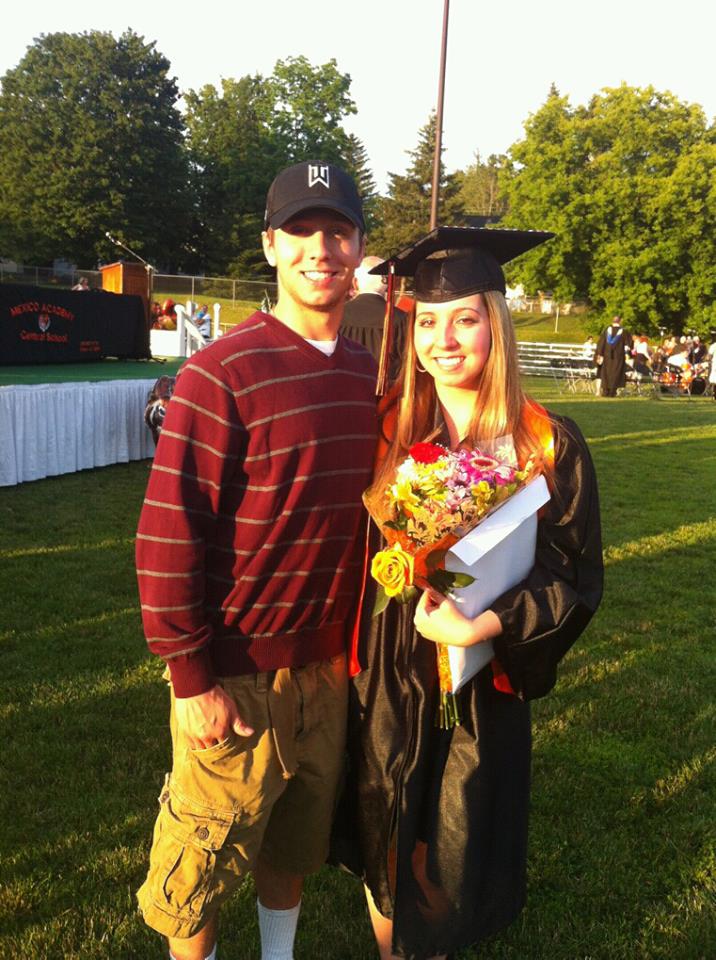 Like every Canadian I watch (not with as much enthusiasm as you) hockey and can follow a game, but as there are no Canadian teams left, I couldn't possibly care less. Neither do my dogs, The Husband cares, but he's outnumbered.

Go Bruins then!! Congrats to Ann Marie too.

Wowsa! Ma's a big football fan, butts she roots for our hometown team the Sharks! Yeah, disappointment AGAIN!
Wells, if it can't be us, I hopes it's YOU!! Go Bruins!!!
Now, don't scare the pups, like Ma scares Me when she's watchin' football!! BOL
Kisses,
Ruby

Mom is born and raised in MA - 37 years there:) Hope your team wins!

We have several Rhode Island friends...so they've got the Bruins all over Facebook! Hope they win.

SHE loves New England Clam Chowder and has it lots of times when in the states. We only have oysters here.

Well, I hope you guys are having a grand time rooting for the Bruins. We love Boston Cream Pie around here, too, although my dudes persist in calling it Boston Cream CAKE!

And your tribute to Ann Marie is beautiful. She is a beautiful girl, and lucky to have Auntie Sue to set such a fine example.

You guys are good to go
Benny & Lily

Well all that planning didn't work out so well did it? We didn't do any of that Boston stuff, maybe we should on Monday, eh? Love your shirts. g

Handsome pups decked out in their Bruins shirts! Cheers and good luck to you and them!

What a great picture of Ann Marie and Eddie! We hope the Bruins won!

We bet there was a lot of yelling going on at your house last night. Your dinner sounded delicious!

Hi Sue, I nominated you and your beautiful pups for a Super Sweet Blogger Award and Versatile Blogger Award. You can read more about them here http://champersandstail.blogspot.com/2013/06/thank-you-everyone-this-newbie-is-sweet.html !

Ha ha I love them in their matching kit! Don't follow ant sport myself, but I 'get it' why others do. Have fun gang.