Today was Noah's checkup on his infected eye. It's been two weeks since we started aggressive treatment for the infection and I was anxious to hear what the vet thought. The eye looks much better to me. For the last four days the redness has been gone and so has the cloudiness. Best of all, he's not squinting anymore. He opens his eyes wide to look at me when I speak to him. 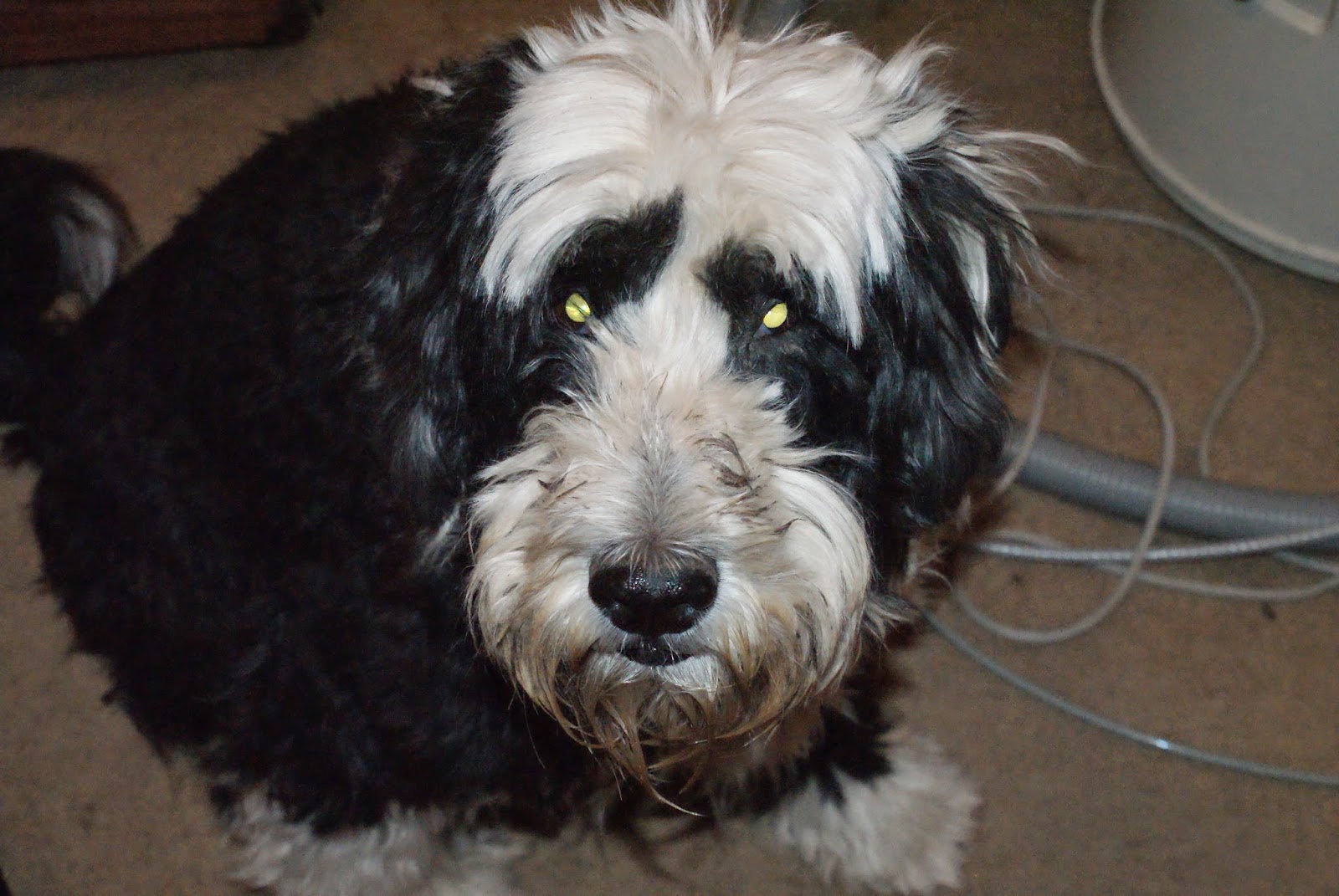 First Dr B looked into his eye with a bright light that Noah objected to. It didn't get better because next was the pressure check and Noah didn't want to open his eye for that. It took a while and the doctor didn't trust the reading. He want into the back room and checked the pressure on two other dogs to make sure his meter was working properly. Then he came back and checked Noah again.

After giving Noah's history to the other doctor, they decided that given Noah's age and what he's been thru recently, 8 was an acceptable reading. It was suggested that we recheck his pressure in a month and hope that it's a little higher.

The specialist also suggested checking both Noah and Fudge for antibodies for Crypto since it's been a couple years. In March we'll do titers on both of them. It may give us some ideas for treating their ongoing intestinal issues.

Dr B told me not to obsess on the low pressure, but to be happy that the infection is gone and that Noah is feeling well and has bright sparkly eyes again. So that is exactly what I'm going to do. We'll continue his medications until they're gone and try not to think about unpleasant things.

While I was taking Noah's photo for this post, Sebastian and Mackey both insisted on having theirs taken too, so here they are. 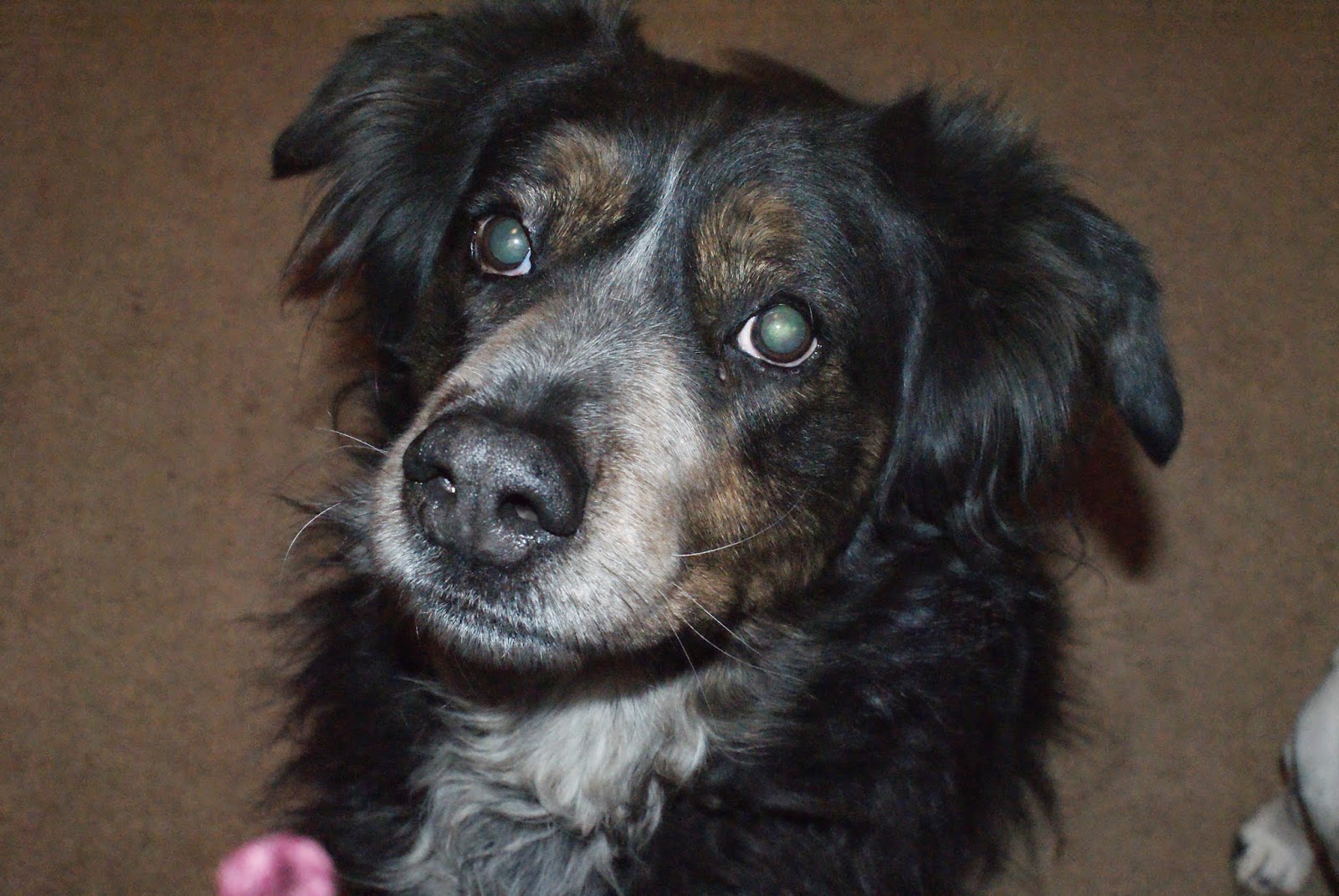 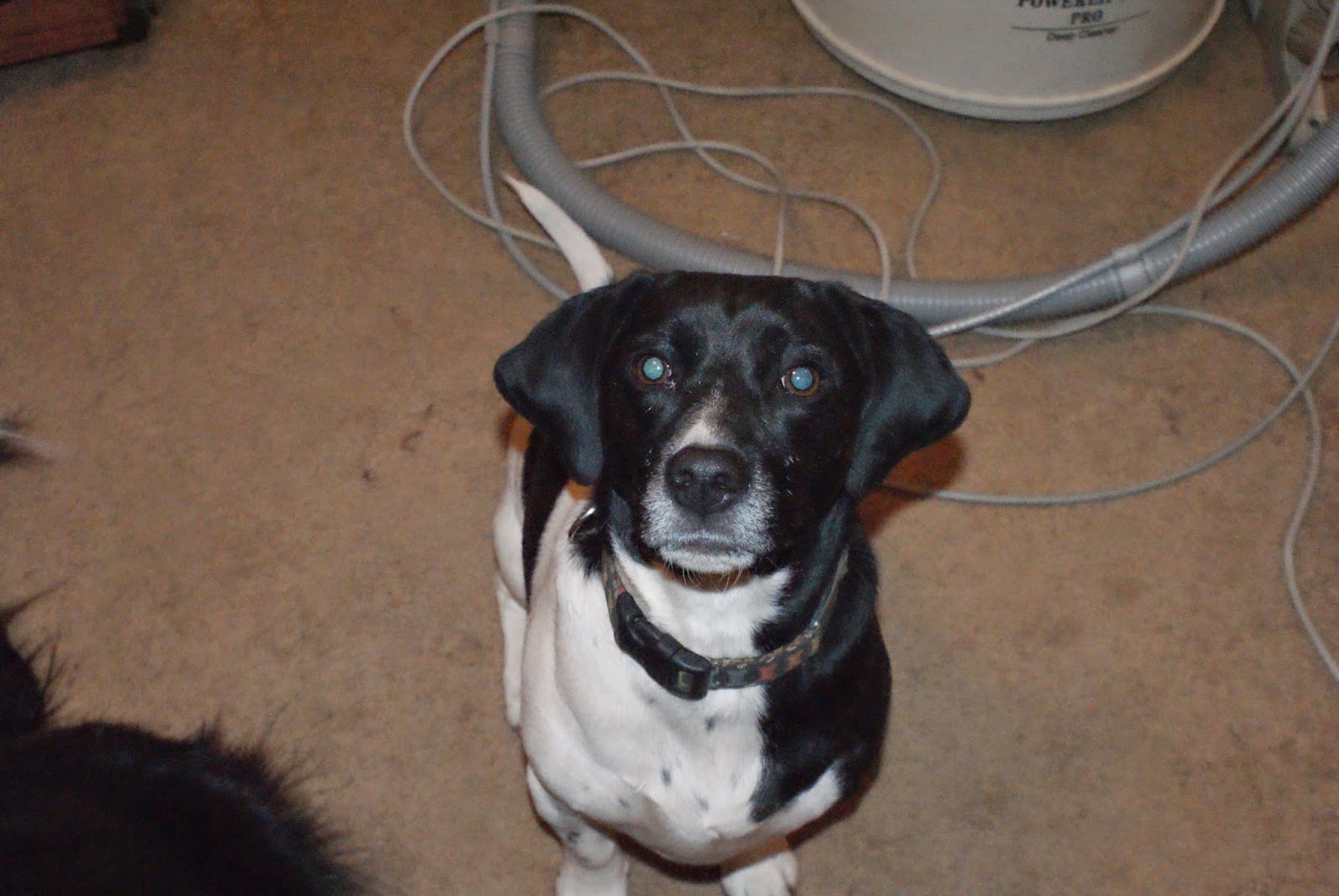 Glad those happy eyes are back again. Just enjoy those sweet looks until you have to have the pressure tested again.

Love seeing the other pups, too.

It's so funny that Sebastian and Mackey wanted to be in on the photo shoot! Good for them. And hooray for Noah's better eye health. It's wonderful that Dr. B was able to consult with a specialist while you waited. Here's hoping for a higher reading in March.

Oh doggies...that makes for HAPPY VALENTINES wishes to all! Glad to see that sparkle!

Look at all of those bright eyes!

Oh that is a FABulous Valentines Pressie!!! Very thoughtful of you Noah!!! You do look amazin', I must say!
Hey, if there are cookies, I sit and pose too!!! Are there cookies???? Can I have one now??? ☺
Kisses,
Ruby ♥

That is wonderful news!!! Here's hoping for continued good reports.

Happy Valentine's Day weekend from all of us.

Howdy Mates. Good news about the infection clearing in Noah's eyes. Enjoy your weekend. We loved your photos. Always great to see the family. No worries, and love, Stella and Rory

We are keeping lots of positive thoughts for you, Noah!
Happy Valentine's Day to all of you♥

Happy eyes indeed! We're sorry you had to go through this, but we're pleased the outcome seems so favorable.

I'm glad to see my dogs aren't the only ones who don't like to be left out.