Today is my holiday, the winter solstice and I share it with all of you. 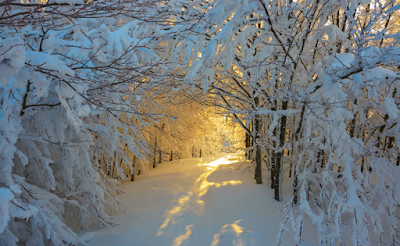 I tried to think of something appropriate to say but instead I'll rely on one of my favorite authors who said it better than I can, Charles Dickens.

May you all enjoy a peaceful and bright  Solstice.

"I heard a fowl sing
In the corner of December.
An enchanted thing
And sweet to recollect that:
We are closer to spring
Than we were in September."
Oliver Herford
Posted by Sue at 2:15 PM

That's gorgeous. Of course, we will now have shorter days......

That is just beautiful!!!
Hope you got to enjoy some of that warm sunshine that finally arrived today!!!

A joyous Yule to you!

And to you friend
Lily & Edward

Winter solstice brought us cold, dark and rain. I look forward to lengthening days. Happy Winter Solstice to you, Rob and the Pack.

How beautiful - words & picture! thank you