Portuguese Water Dogs are well know for their counter surfing. It seems to be a trait passed down from parents to their offspring over the centuries. Most breeders warn new puppy owners to watch for the habit showing up early and do your best to control it. 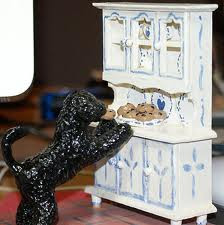 In our household Samba and Fudge both had the gene for counter surfing. Fudge stopped after an incident involving a ceramic vase that was drying on the counter. When he pulled the towel it was lying on and it smashed into a hundred pieces, he gave up the habit. Good boy! 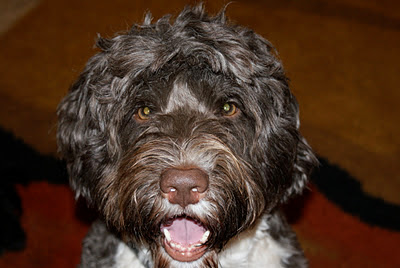 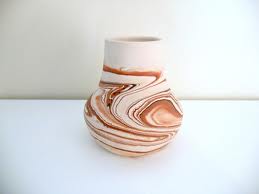 Samba, on the other hand is a very accomplished surfer. She learned early that if something tasty was too far back on the counter to reach, she could push a chair over and make it easier to grab a taste. She taught her pups that food left on the counter was 'in play'. The trick to successful counter surfing is to leave the box or plate untouched, just grab the food. 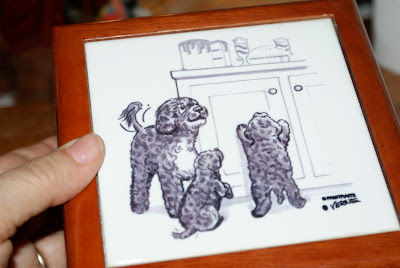 Then there are the pups. Norma Jean checks the counters several times a day just in case something was forgotten. I don't think she's had any major scores. 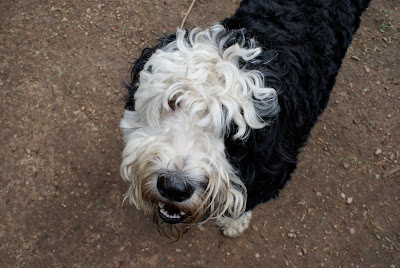 Bailey checks the counters every few minutes. She has a regular routine of circling the kitchen and eyeing the counters. I seldom let Bailey out of my sight and have managed to limit her surfing successes. 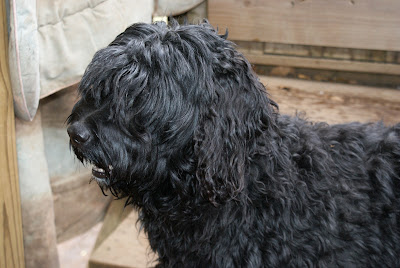 At Thanksgiving Noah grabbed a whole piece of lasagna off Rob's plate right in front of him. Rob and I were both standing less than three feet away from the plate when Noah did a 'fly-by' and disappeared with his prize. I wish I'd gotten a picture of Rob's face. 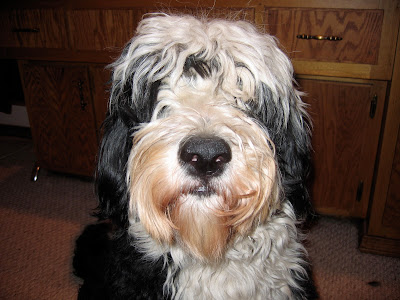 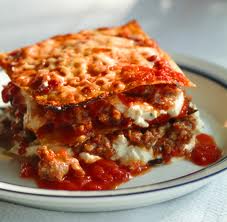 Samba has been our most successful surfer. She managed to score an entire roast turkey fresh from the oven. She reached up, grabbed the bird and was heading out of the room. I grabbed the bird back and with some minor repairs, served it for dinner. 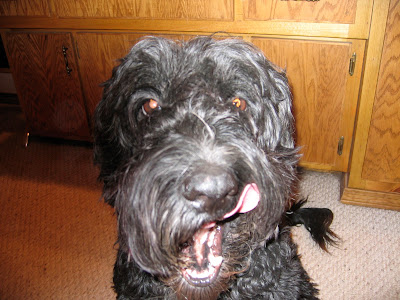 Then there is Sky. 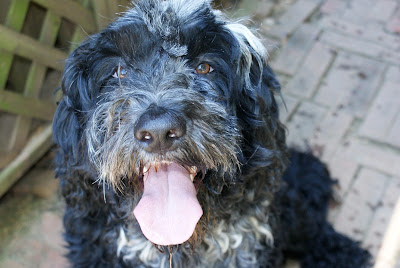 Sky has always been a good boy. Except for some barking issues, Sky has never been in trouble. He never tried to get on the furniture till a couple years ago, he never stole or chewed on shoes or remotes or other items. He seemed to have an innate sense of boundaries. He never counter surfed.....until last night..

Rob and I were watching the news about 10:30 last night when we heard a noise in the kitchen. I had started the dishwasher a little bit earlier and I thought it sounded like two dog dishes clicking against each other, but I went to check. Imagine my surprise when I found Sky standing up at the counter scarfing down frosted sugar cookies. Rob had moved the package earlier when he wiped down the counter and he forgot to push it back against the wall. Apparently Sky had noticed this. 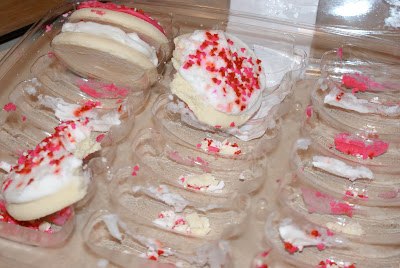 It looks like Sky managed to eat between eleven and fifteen cookies plus the two in the photo with bites taken. I caught him in the act, but I would have figured it out because he had pink frosting all over his face. 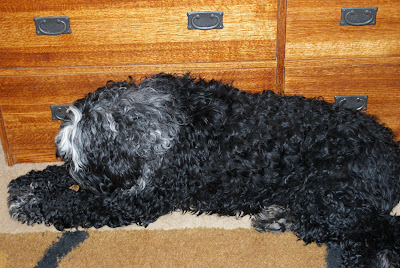 I carried a roll of paper towels to bed last night expecting to have a sick dog during the night, but Sky slept peacefully with a smile on his face. Dreaming, no doubt, of frosted sugar cookies. 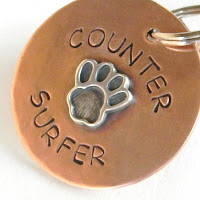 I laughed out loud so hard I have tears rolling down my face. I believe you know bassets are also quite skilled in this event. Fred's claims to fame both involved country ham.

The first one, as a young adult... The Knight and I were eating gourment subs from a specialty shop a good 40 minutes from home. The Knight left his seat and walked into the bedroom. I don't know what I was doing, but by the time we realized what Fred had done, the bulk of the sub was GONE.

The second episode was quite late in his life. He somehow found an uncooked country ham that the Knight had stored in a guest room (unbeknownst to me, obviously). All I can say is thank Dog we have those multi-gallon waterers. Fred made a nasty mess in nearly every room of the house, but he lived and required no additional vet care.

Sissy's best was rising bread, rolls for a Christmas dinner. Hem. Now, Sis must be tethered to a human while baked goods are rising and/or cooling.

I only countersurfed one time and because it's just me now, mom has got my number and she'll never let it happen again. Mom is evil to the core! You guys are so lucky!

Well, since Chan already admitted it, I'll admit I was laughing out loud as well. However, I feel and understand your pain... maybe not quite so badly as you, but... Tut is our stove hound. We've caught him up with paws on the stove one too many times now and I worry one day he's going to burn a paw. Just the other day, I walked into the kitchen to get a drink and heard the chip bag (on the living room coffee table) moving and figured it was Matt... nope, I came in the living room and miss Lola had her head completely in the bag. Sigh........

Your post made us smile. Counter surfing is a skill I haven't learnt yet, which is surprising as usually I'll do anything for food!

Woofs,
Riley
PS My human is telling me not to even think of trying it here!

My Stella doesn't countersurf, whatever it is has to be knocked down off the counter and onto the floor. Then she can floor surf!

When I was a kid we had a dog who would drop in and visit (black lab)when he wasn't in demand for hunting. He somehow went down into the basement with my Dad and was left there. By the time we figured out where Butch was, he had dropped a bunch of Christmas tree balls, the real shiney ones. He nibbled at some of them and seemed to have no ill effects but later our yard had several of the shiniest, sparkliest piles of poop you could imagine.

Jo, (Stella and Zkhat too)

How funny. We're too short to reach the counter--but if anything falls on the floor, we're on it!

I'm so glad Marge isn't a counter surfer, but I'm prepared for the fact that I might not be as lucky with the next dog!

One whack on the nose of each of our mastiffs when they put their heads on the table for the first time was enough to convince them that the boys are right to call me "The Fierce Midget." Counter Surfing would drive me absolutely nuts! Of course, you probably remember that I can't eat off dishes after my dog has used them. I tell everyone it's part of the charm of putting up with - I mean living with - me.

That said, your story is really funny, as long as it happened to you. Chan's Fred stories were pretty funny, too.

Samba! A WHOLE TURKEY!!! You are my hero. I am too short for counter surfing, but I am a master coffee table surfer and once ran off with half a pizza!

We've had counter surfers too owning danes but Rory has been an absolute angel and never even tried it. Hurray we thought. At last a counter we can leave without a worry. Wrong!

Stella has twice jumped onto a chair near our dining table and was found licking a bowl ON TOP of the table! Moral of this story. Push your chairs in when you have finished eating and take your plates to the sink! No worries, and love, Carol (and Stella and Rory)

Dakota was our counter surfer (and she taught Phantom well too) until Mom discovered the great tool of mousetraps She set a few along the edge of the counter. After a couple of loud snaps, those two never counter surfed again. Thunder and Ciara have always been good about not taking food from the counter, but now Lightning - he would fit quite well with your pack:)

youguys know where all the good stuff is
Benny & Lily

Wow - great post - Mum and I laughed hard!! I wish I wasn't such a short stuff because I've tried, but I can't reach our counters. I'm so jealous of those great scores..... especially those lovely frosted cakes!!

Lucy is our countersurfer. When she was a young dog - maybe 4 months old - but already quite tall - I walked into the kitchen to find her front feet on either side of the cooktop and her nose burried in a pan of scalloped potatoes and ham. That girl has no remorse, she looked up and continued eating the leftovers until I told her to get down.

Last week she was eating leftover brocolli cheese soup from the pan on the stove. Difference is now - she doesn't touch the counters! Yea - I'm serious.