Tuesday morning the puppies went to visit Dr B. 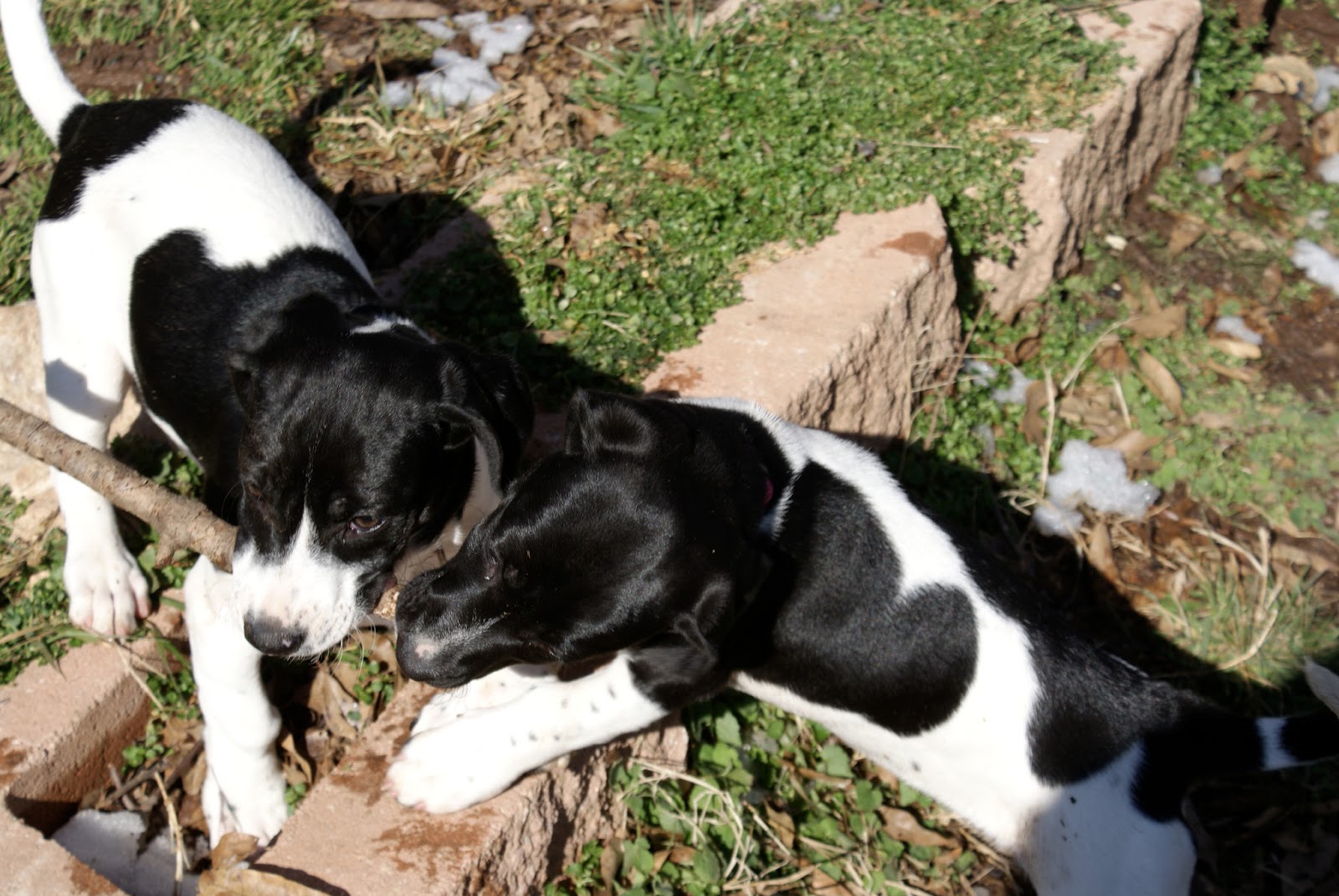 They had their final puppy vaccinations plus their rabies shot. We had also decided to have their microchips implanted instead of waiting till they're spayed. Sydney is a pretty good escape artist and we didn't want one of them getting out the door or gate and getting lost with no identification.

Mackenzie went first. She weighs 13 pounds now and is a tough little cookie. She showed no reaction to her shots and just whimpered when the doctor put the chip in her back. 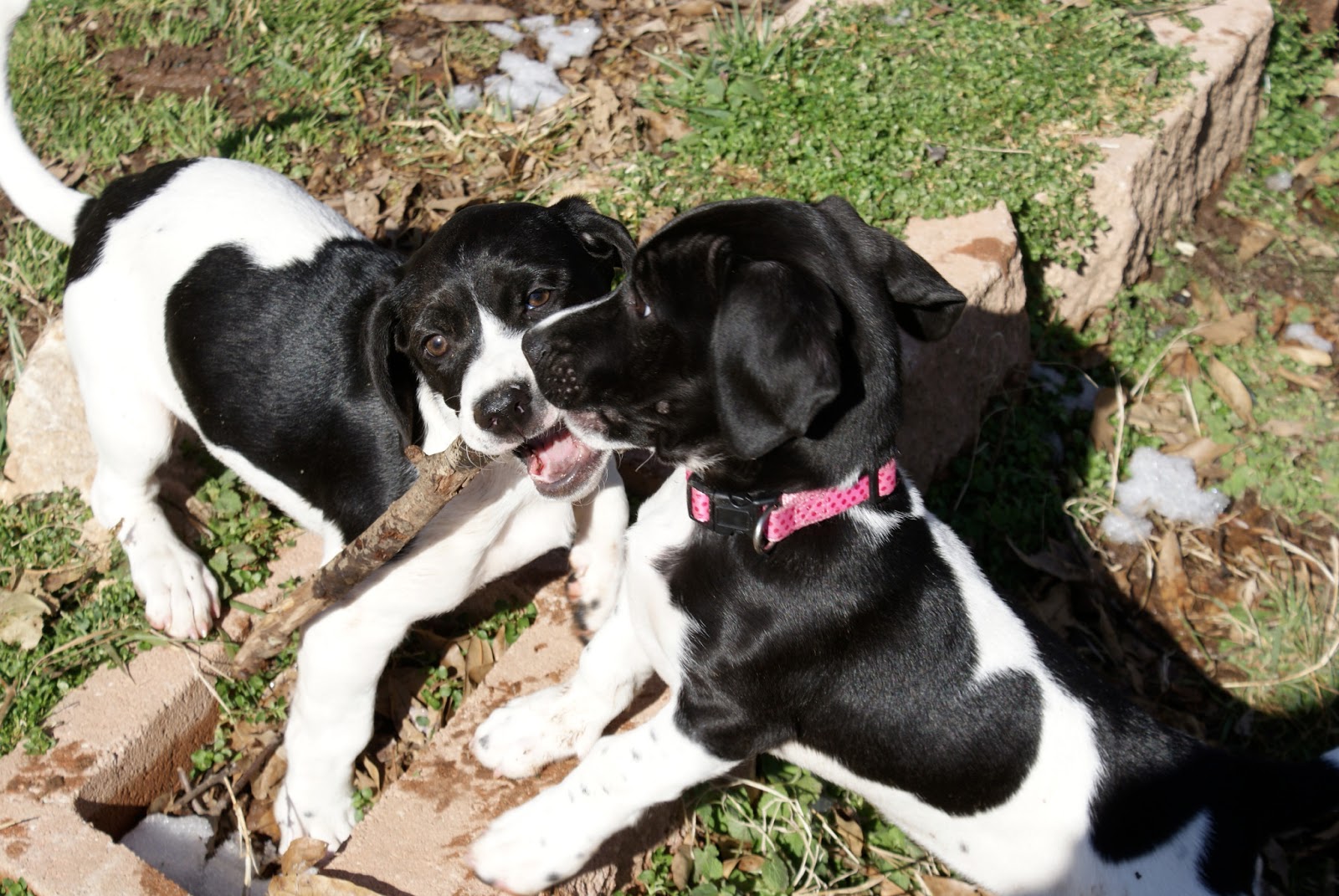 Sydney snuggled with the doctor and gave him lots of kisses. She's a real people dog. She weighs 16 pounds now and isn't quite as tough  as she thinks she is. She cried when she got one of her shots and when Dr B put her chip in, she screamed as if he were killing her. Everyone in the waiting room got an earful. Afterwards she whimpered as we held an icepack on her back and told her what a good girl she was. 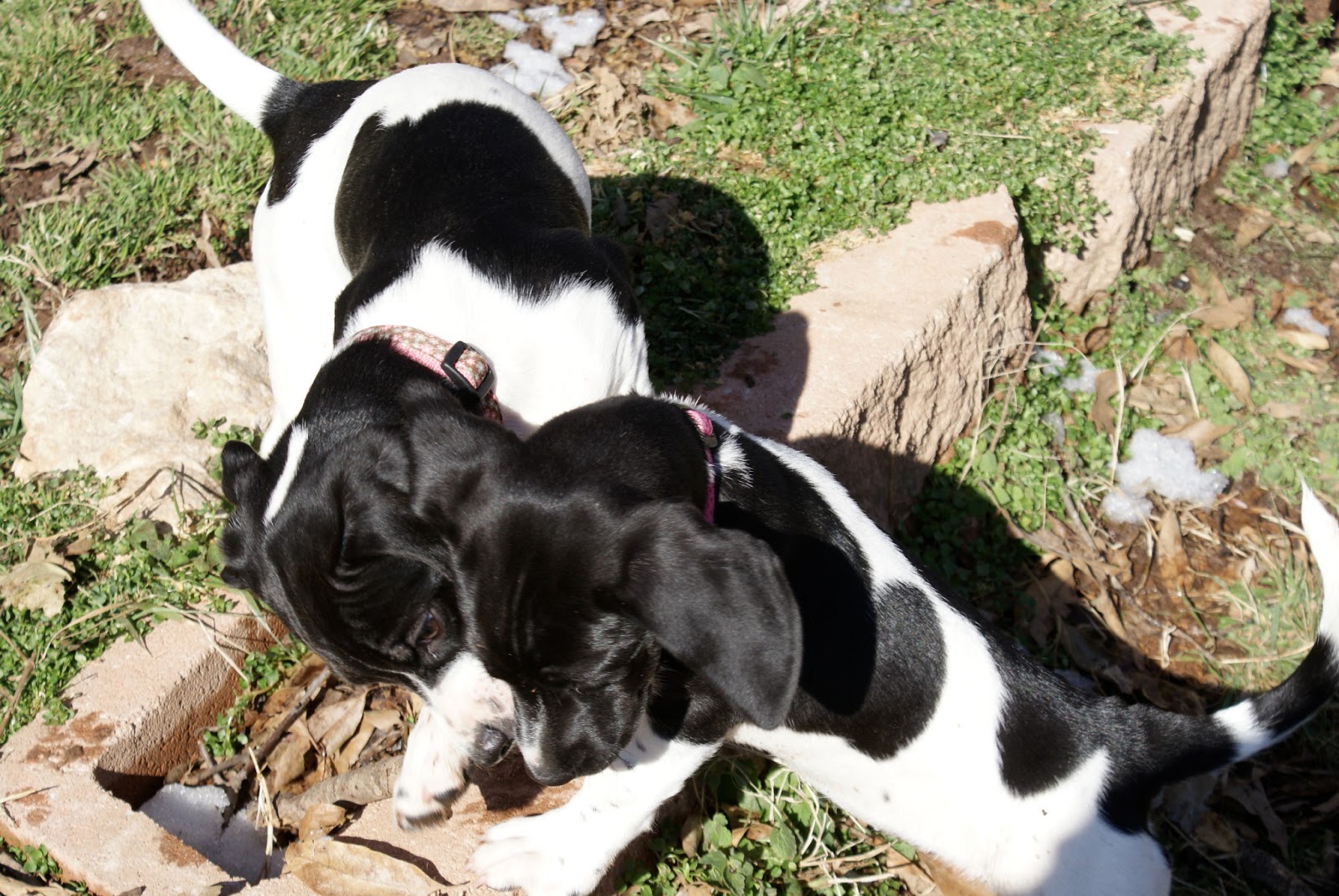 Now that they have ID numbers, we'll go ahead and enroll them in the AKC Canine Partners program. Then if we want to compete someday, they'll be ready.

We've decided on names for their registrations. Sydney who is named for the Sydney Opera House will be called Legacy's Sing Out Strong. Mackenzie's name will be Legacy's Breaking All The Rules, because that's just what she likes to do. 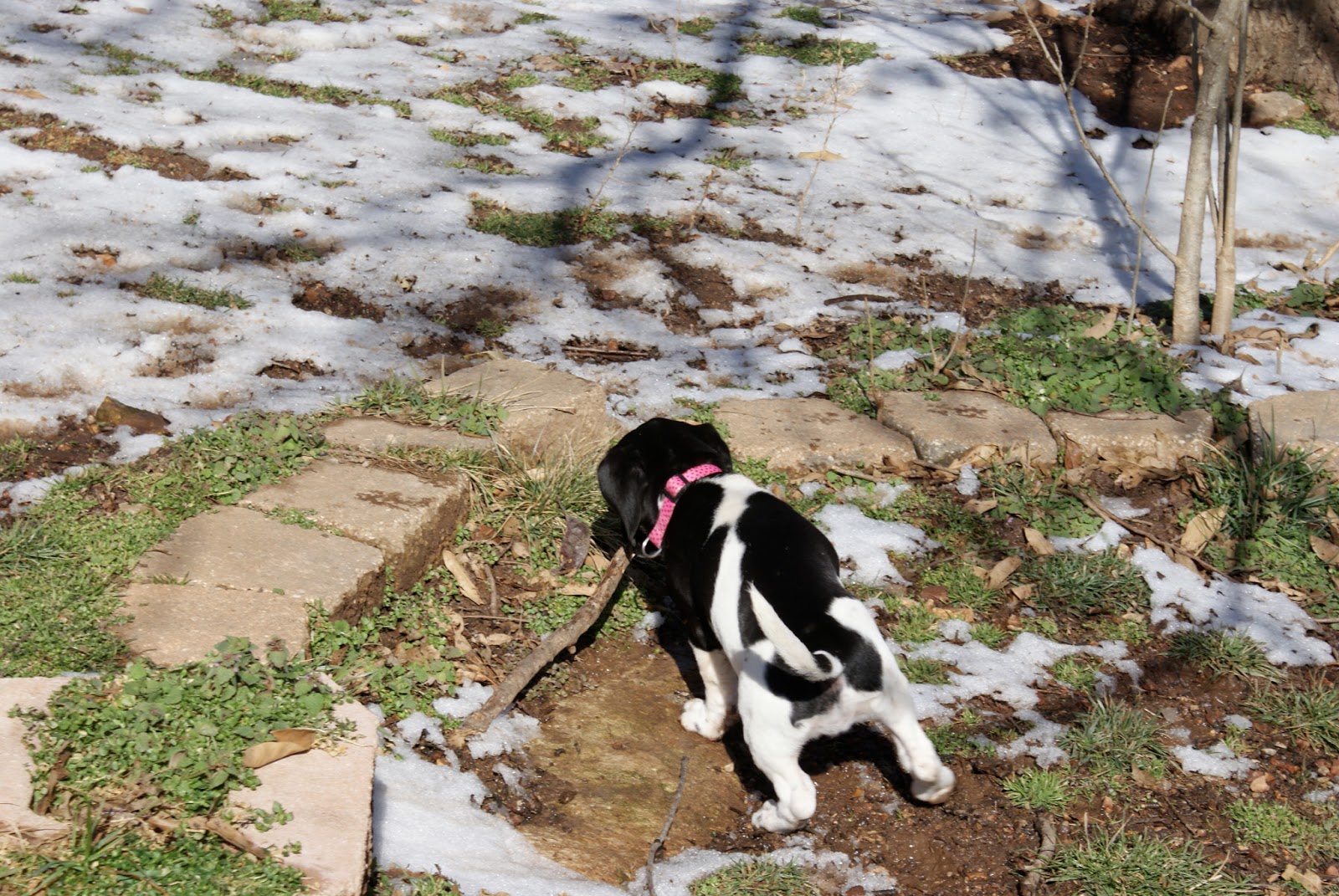 What great names!! Sydney and Celti are about the same size. Celti weighed 12.8 pounds this week when she saw the Vet.

How we love those names - pawfect choices!!!

Gizmo used to be the crybaby. Oh, you'd think he was dying!!

Aaaw sweet little girls. I love their names. Give them big kisses from me.

OUCH...We send lots of kisses to the girls!

Your sweet little girls are growing up much too quickly!!

Love the names!! Glad they're chipped. It is a bit of a relief, isn't it?

Maybe Sydney was singing when she got her needles!

We love their names....Sydney, naturally.

Oh, I loves the names!!! So purfect! Now they can do Broadway!! BOL
They are ever so cute!!
Kisses,
Ruby

They are a rare pair! I love their kennel names, are you going to take them to dog skule?

Very big girls...so fast. Their coat is very beautiful and shiny :)
Love their new names. These two will surely keep you guys on your toes. Happy weekend to you Sue.

What perfect names for the girls!

YAY for final puppy shots and a good bill of health for the girls. Does this mean they're integrated fully into the pack now?

The girls are so darn cute! They sure are growing up quickly! Your post has reminded me that I should ask the vet to do a test scan of Wrigs's microchip next time we are in the office. I think it's been at least four years since I had them check it.

Those are grreat names. I especially like having the LEGACY passed on! :)

They both look beautiful little pups Sue and such beautiful names too :-) x x x