Remember when we were little kids and sang the song The Farmer In The Dell? We have our own version of that and it's a call to action. 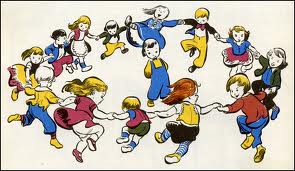 Our house is built into a hill and our office is mostly under ground. To bring in light we have two windows with large window wells dug into the ground similar to this. The wells are about five feet deep. 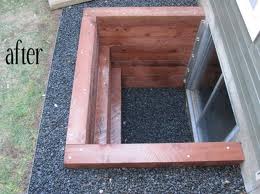 On occasion we've had little animals fall into the well and because of the depth, they can't get out again. There have been a couple of baby birds. One afternoon I was working at my computer and heard something hitting the window. When I opened the blinds and looked into the well, there was a fat toad sitting there looking back at me. He jumped at the window and the new alarm was sounded, "Critter in the well". Rob and I headed out with a ladder and one of us went into the well to rescue the toad. 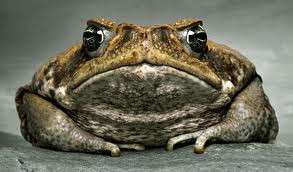 A few months ago  Rob and I heard a racket outside. When we stepped outside we saw a very upset cat. She was yowling and hissing and racing back and forth. We discovered that her kitten was in the well and she couldn't get her out. Rob donned heavy gloves and a jacket and climbed down to rescue the kitten who tried tried to bite and scratch him. Once Rob set the frightened kitten on the ground, it immediately ran and fell into the other well. Rob moved the ladder and repeated the rescue, this time placing the kitten far from the house. Mother cat and baby took off at top speed. 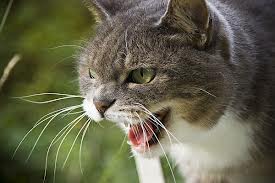 Last night I was watching TV about 9:30 when Rob shouted "critter in the well".  He said he heard squeaking and scratching at the window. I grabbed a flashlight and we opened the blinds. Looking back at us was a very frightened opossum. Rob found a jacket, hat and gloves and this time he took a long board out and set in the well so the little guy could climb out. When we went to bed the opossum was still sitting in the well, but this morning he was gone. We left the board there in case he comes back tonight. 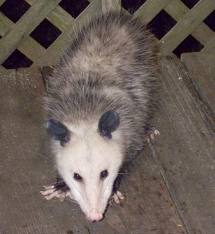 We were both pretty thankful that our visitor wasn't this guy. 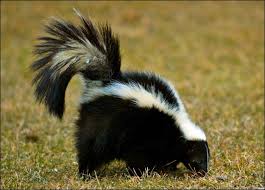 Now I have heard you consider moving house, but really, where else could you and Rob have this much fun so consistently??

Boy, this post brought back memories! My childhood home in Illinois had window wells, and critters were always getting trapped in them. The most frequent guests were salamanders and toads, but we also had at least one muskrat and a snapping turtle! (That last one was fun to rescue.) I wonder how the cat and kitten ended up at your place? Strange!

Oh that's fun! I really like possums - bet that was fun. Good idea to leave the board there. And a bull frog - I bet the worst was the scared kitten with the mad momma! g

Oooooo yeah, the skunk could have been a problem. You might have to put a grate over the well....but, then, it would take away so much entertainment.

It sounds like these critters in your well keep you and Rob pretty busy, Sue!

OMD....This is a scenario of "Guess Who's Coming to Dinner?" BOL

Long about now I think I'd be placing a piece of something over the top of the well so nothing larger than a bug can fall in.

Gretchen thinks it sounds like big fun and wants to come be on well watch!

OMD, did the gang get their barking at the stuff, or did you keep them away. WOW shunk, maybe you need to find some type of grate!

Yikes, smart of Rob to put a board in there instead of his arm - those critters have nasty teeth. And what a relief it wasn't one of those black and white guys. We don't even want to imagine THAT!

Oh yeah....glad it wasn't the black and white one! Ha... I put sticks in most of my water buckets for the sheep, because every so often a mouse or bird will fall in and drown if I don't. Always something....
Tammy

We have chicken wire over our basement window wells to prevent just this kind of problem. At least it's a diversion from normal problems. And as long as Mr. Black-and-White doesn't fall in, you'll be fine.

Now I have heard it all, animals 'falling' into your office, I am giggling so much I can't stop!!! Also please send me link to Rob's blog- I don't do google+.

I'm with you - thankful you've not had a black & white critter come falling in for a visit yet!