It's been a crazy and stressful couple of days here at Portieville. Yesterday Noah had a growth removed from his leg and while he was out he had his teeth cleaned. The surgery went well and he came home last night tired and hungry. Today he traded his hat for a tee shirt and is doing well. Fudge is jealous, so I'll probably put a shirt on him too, just to keep the peace. 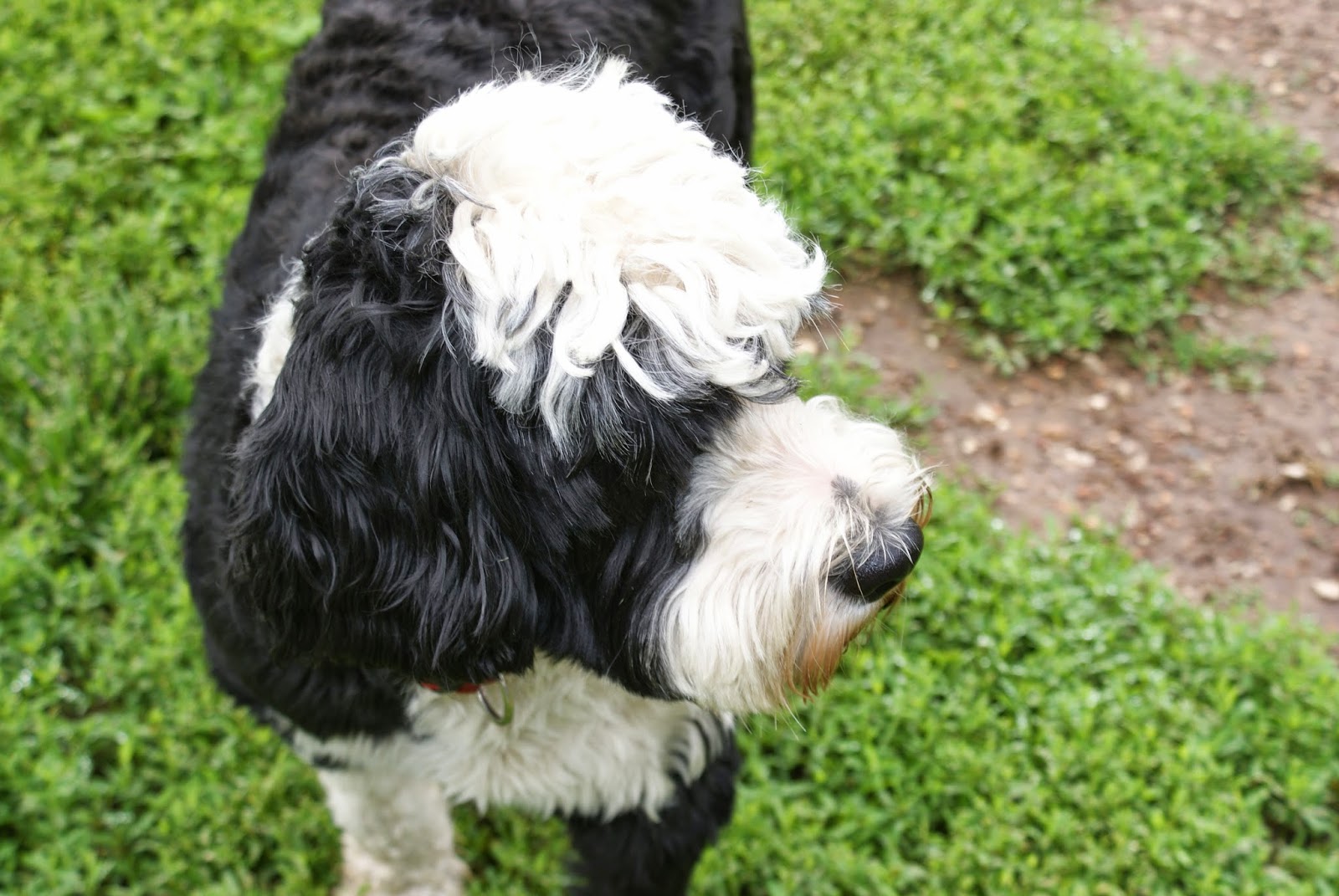 After a quiet night Morgan refused her breakfast this morning. That isn't too unusual, she sometimes prefers to eat a little later in the morning. I took her outside and she had a messy stool. On the way back to the house, she collapsed. I carried her up the steps and inside. I put her on the living room floor and she laid there refusing food or water. She tried to get up, but couldn't.


After a while, Rob lifted her to her feet and she took a few wobbly steps, then went down again. I called the vet and told him we might be at the end. He wanted to see her immediately and thought she might have vestibular disorder, an inner ear problem that causes dizziness. We rushed her right in. 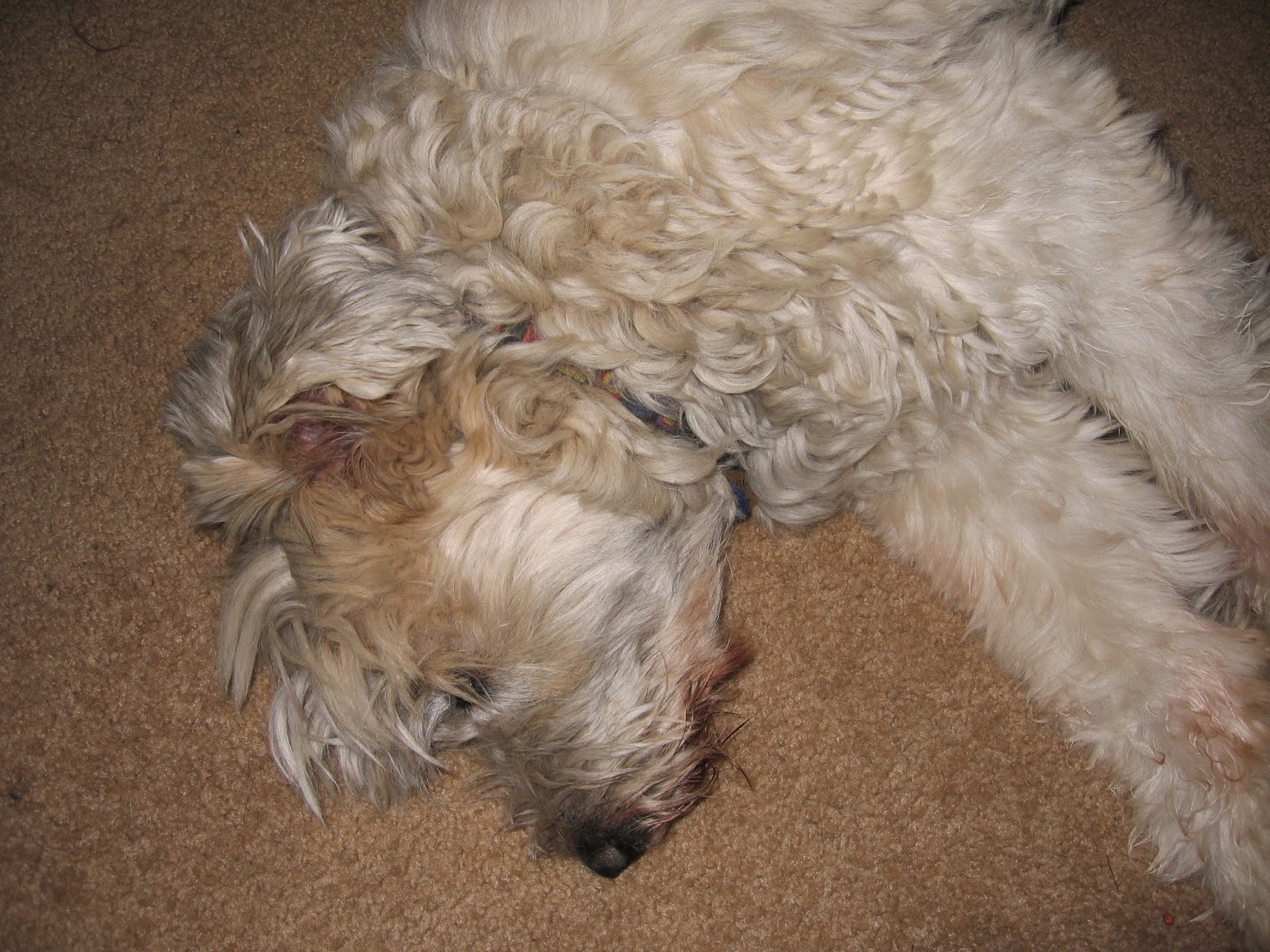 She doesn't have vestibular, but she does have a raging infection with a fever of 105. Dr B did a blood test and except for a very high white count, nothing terrible showed up. He started her on two strong antibiotics and wants to see her in 24 hours. If the fever has dropped even one degree, we'll treat her with antibiotics for a week. If she's worse in 24 hours, we'll have to discuss the hard choices.


Please keep your paws crossed that the fever breaks tonight.

Oh Sue, we so hope the fever will drop for Morgan. We know you will do what is best for her, but we all hope she will be OK.

Hugs and Woos - Phantom, Ciara, and Lightning and Mom

We are definitely keeping all of you in out prayers and sending positive vibes. It is so hard when our furiends/furkids start having health problems and we have to make hard choices. Sending hugs to you all.
Barb and the furkids

Oh no!! Crossed paws and good vibes from here. There's so much suffering in our Blogville community right now, and it breaks my heart to add Morgan to the list. We know she couldn't be in better hands though, so we will hope and wish and wait...

We always have you guys in our thoughts
Lily & Edward

Our paws and fingers are crossed for that gallant girl!

Our paws are crossed for you, Morgan, and we are sending you tons of AireZen!

Our paws are all crossed for Morgan! <3

And, Fudge... you are a funny fellow. I hope you're enjoying your tee.

Mom Kim - Oh dear, so much suffering is going on in Blogville now - just came over from Lapdog Creations and learned Zeus has improved a bit. Now it is Morgan's turn to improve - glad to hear that it is not the vestibular illness but she doesn't need an infection either. I am sending prayers for dear Morgan and the Beaglebratz send their POTP. Get better real quick dear Morgan.
Mom Kim

I hope for the best for Morgan. She's a fine old lady. My thoughts are with you all.

Glad to hear Noah is fine, Sue, but so sorry to hear about Morgan! I hope the antibiotics quickly kick in and help her feel better. Did Dr. B do abdominal X-rays or ultrasound? I'll be sending lots of POTP your way.

Will say a prayer for Morgan. She is such a tough little girl. I know something like this is so scary. Glad to hear Noah came through his procedures okay. Carly had her spay surgery plus a large hernia fixed, I was a nervous wreck, but she hardly has missed a beat. Just keeping her quiet has been the chore.

Oh noes! Keepin' my paws crossed!!! Morgan, I am sendin' you tons of POTP and lots of AireZens gurl!!!
Kisses,
Ruby ♥
pees: Noah, good job on your procedure!!

We are Murphy & Stanley and we have a special POTP page. Beaglebratz asked that we add Morgan for POTP. We will be happy to add a photo of her if you would send us one.

Murphy & Stanley
Mayroz For All Paws