We've had some very quiet, relaxing days since Christmas. Everyone has been playing with their new toys, so I thought I'd bring you up to date on the fun. 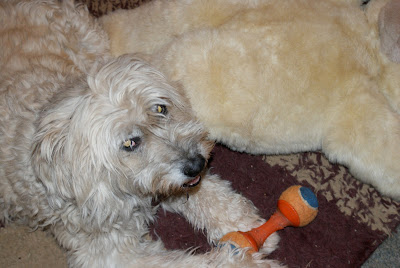 We'll start with the snowman. You remember that Christmas afternoon, he looked like this. His hat and scarf had taken a beating, but he was in pretty good shape. 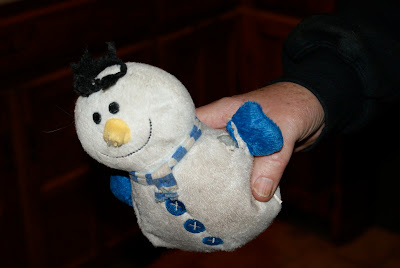 Now he looks like this. His hat is completely gone and his nose and hand show some wear, but aside from being really dirty (a lot like real snow after a week) he's still in pretty good shape. 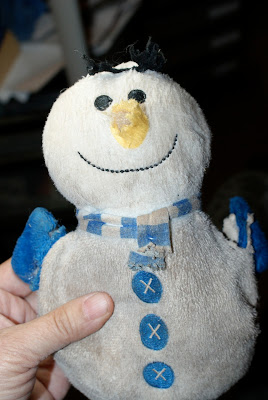 The anteater, Morgan's favorite, looked like this on Christmas day. 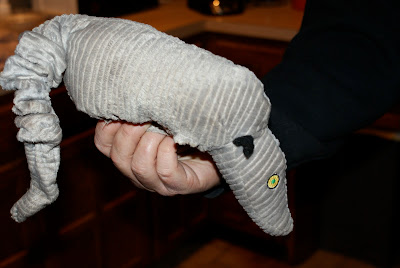 Today The anteater is missing most of his tail. Morgan doesn't just rip toys apart, she eats them. The tail was eaten and she didn't plan to stop there. I put the anteater up until we can schedule tail surgery . 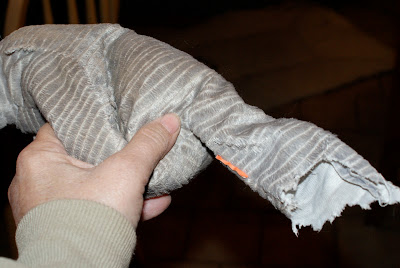 The hedgehog, the favorite of everyone looks just as it did on Christmas except that it's coat is a little stiff from being slobbered on. There is no visible damage, but he no longer makes pig noises. His noisemaker has been disabled. 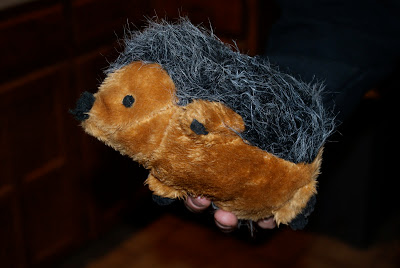 Ernie has been played with and carried around a lot, but so far he looks as good as new. 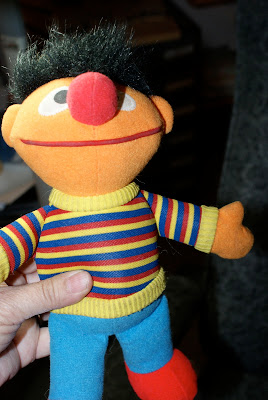 One of the dogs has been lining the large stuffed animals up across the living room each day. I haven't seen who's been doing it, but I suspect either Morgan or Tsar.  Morgan has OCD and Tsar likes a certain order to his surroundings. The others don't seem to care. It's amusing to leave my office in the basement and walk into the living room to see all the fuzzy bodies in a row.

I have a new toy that's been keeping me busy. 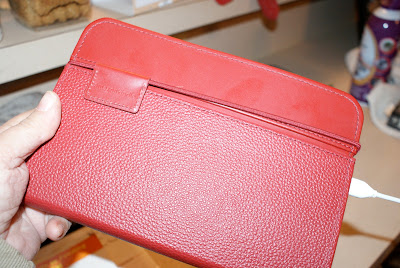 This is my new Kindle and I've been spending a lot of time each day with it. 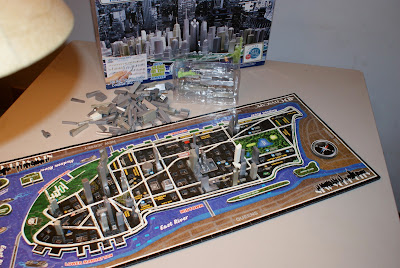 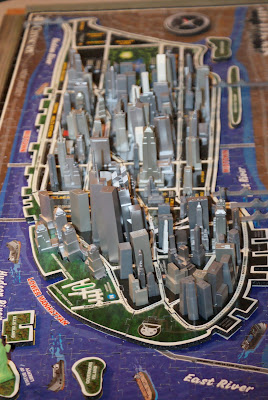 He worked on it all weekend, first putting the base together, then placing each little building in it's proper location. I like this little Statue of Liberty. Now that it's all together, we've moved it to the library for safe keeping. I guess it's about time to start getting off holiday time and back to a more normal schedule, but it sure has been nice to have a little down time.
Posted by Sue at 10:14 PM

What a funny visual image I'm getting in my head of all of the stuffed toys lined up in your living room. Do you think your dogs are performing some kind of ritual to bring their squeaky noises back to life?

We can certainly see which toys are the favourites! Let's hope everything comes out alright after eating the anteater's tail. He he he.

That puzzle looks good--SHE gave up on the polar bears in the snow. And SHE also has a kindle--same cover that keeps HER from taking us on more walks!

I am quite amazed that one of the doggies would line up all the toys. How clever is that!
Looks like you and Rob got some nice gifts from Santa. You both must have been really good this year!
x

Wow, your dogs are really good with their toys. Sasha would have 'killed' several of them by now. Whatcha been doing on your Kindle? I'm currently reading Dracula and playing (and playing) Every Word.

We went for several years and couldn't have 'stuffies' out because they were maimed, disabled, and dis-embodied not to mention the fights because someone wanted one the other had. But that's the only advantage to having an older crew, is that the changes have allowed that to no longer be the case--our current crew is able to have them and even share quite nicely...Most of the time!

Sounds like everyone has enjoyed the new toys, humans and canines alike.

Love the toy report. Your crowd has nose eaters too!

The puzzle is impressive.

The toys look alot like the ones here. Some of new, some are torn. I laughed at the ones all lined up because my friend had a dog decades ago that she said actually lined up all of her shoes by pair every single day! I love the puzzle...they can be quite challenging but fun to put together! Lots of love, Holly and mom

Looks like a great Christmas! Yes dog toys. Poor Kodee she loves to play with them, gently. But Becky destroys them all. Sigh, I am waiting for the Kindle to hit Canada... soo slow...

Ciara likes to line her toys up too. AND rip them and of course, get them really dirty:)

Great puzzle - how Mom would love to have the time to work on a really good puzzle.

Mom is also curious about your Kindle - is the screen very bright. Dad got a Nook for Christmas and it is really too dark for him to read comfortably.

Looks like everyone is enjoying so much the new toys! =)

Rascal has been reminding me how fast puppies go through toys, especially the squeaky ones. Congratulations on the new Kindle! Couple of my friends got it and everyone loves it.

Lining up the toys -- now that would be fun to watch! Sydney's toys are everywhere. Hope you enjoy reading on your Kindle. I got one for my birthday and love it.

Thor thinks the snowman looks just like a good tossable toy should look, and he just ripped his flat fox's head open to take out the squeaker (he doesn't like them). So the anteater looks quite reasonable, as well. Glad you are all enjoying your new toys, even the humans!

I never did get around to sending you an email after Chan "introduced" us. I first couldn't figure out why your email address was already in my contacts...then I realized you're the Sue that sent me that aqua hat I fell in love with...and the pattern for it too. Thanks again so much. I'll be reading all about your bread. I've decided when we get a dog it will be May/June. A puppy will be just too distracting for our schoolday. We'll have the summer to train a puppy and let the kids adjust to having a new friend. I'm not sure if it will be this May or not...we'll have to see how finances go. Even rescue dogs cost money. And I want to be sure we've got enough for vet care.

My kids have a similar toy report. 7 broke his air hog helicopter on the 25th. There was a hot wheels set that broke, but that was able to be returned. And we've lost countless nerf bullets for our dart guns. And all that was before New Years.

LOVE the puzzle. It's an architect's dream. I think my hubby & I would really enjoy putting that together.