A warm, sunny afternoon and Bailey brought her wubba to Rob to throw for her. 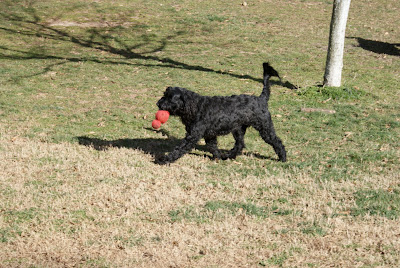 Hmmm... that looks like fun, thinks Samba, and she joins in the game. 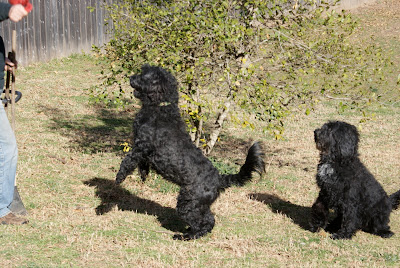 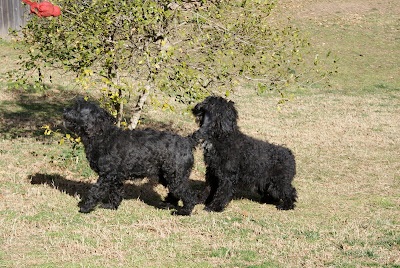 They both chase after it. 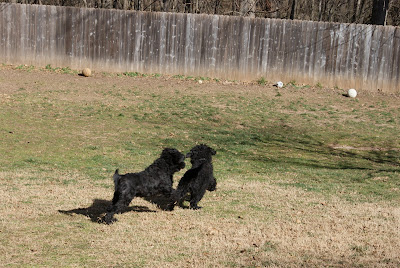 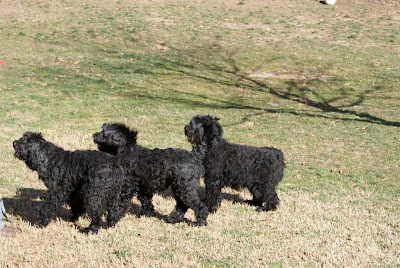 The three of them look so much alike. 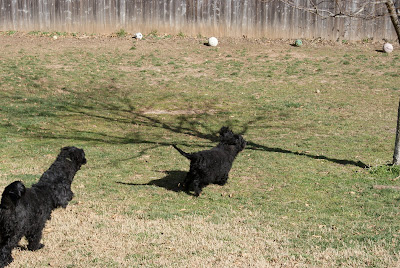 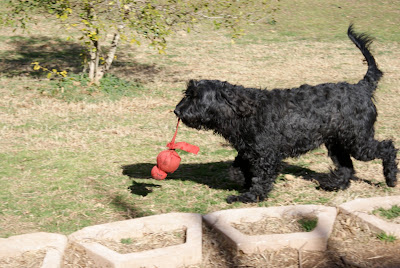 Samba claims the wubba as her own prize. 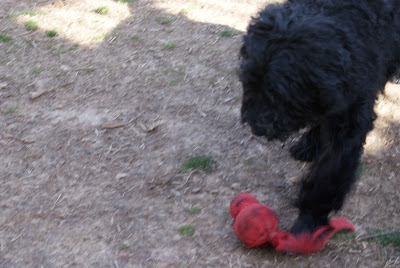 Was Pops playing wubba with you
Benny & Lily

Love it!! My girls loved their Wubbas to pieces, but lost interest in the replacements. Maybe I should find them and see...

What a fun game! I love when mine play fetch! g

I love my wubba almost as much as I love my lobster!!

They do look alike! Roxy has chewed the materal bits off her wubba.

wow. we thought we were seeing triple!

your ground looks so much different than ours. ours is all wet and muddy. we like yours better.

how fun...I know Hurricane loves it when it's nice enough to play outside!

The series of photos are amusing to look at, it seems like they were multiplying as they were chasing after the wubba! We want to join and play with you!

We got our paws crossed for Tsar and we hope that he can go for longer walks soon.

what a wonderfully happy set of pictures.

So cute to see the three all join in on the game!

Hugs to Tsar from me,

WOOO! A fun game of wubba chasing!! Are you 3 triplets? Can't tell you apart from the pics. Like the sun in your pics. We have wet and mud!!!
Wags
Ernie and the rest of the pack

I'm baackk!! Laptop is all better so I can finally get off my iPaw and COMMENT!! I've been reading blogs on the iPaw and keeping up with your pack. I'm keeping my paws crossed your three pups not feeling their best. <3

Howdy Everybuddy, what great photos. Wish we could join in the game too. No worries, and love, Stella and Rory

The 3 girls look very much alike! Glad they got some play time with Daddy!