This was Samba two years ago today. She was carrying nine puppies, but had only gained about five pounds and although she was rounder than normal, she was not very big. 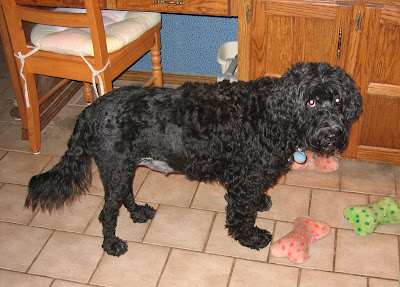 Her puppies were due on the 27th, but they were in a hurry then, just as they are now. 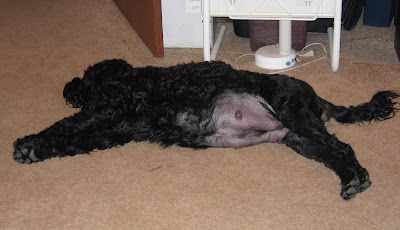 Starting at 11:11 PM on October 25th and finishing at 6:40 AM on October 26th, she produced nine beautiful babies. 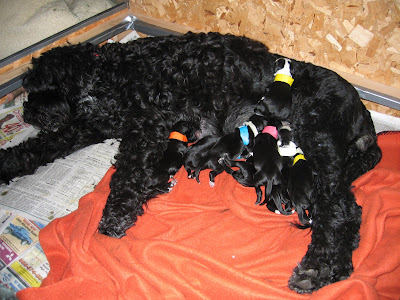 Number 8 didn't make it, but the others were strong and healthy. 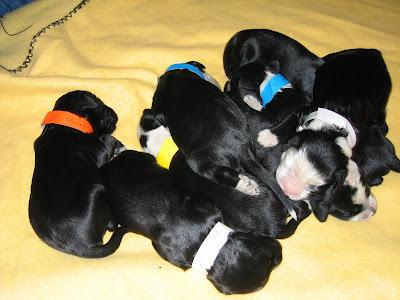 They were a joy then and continue to bring me happiness and laughter. 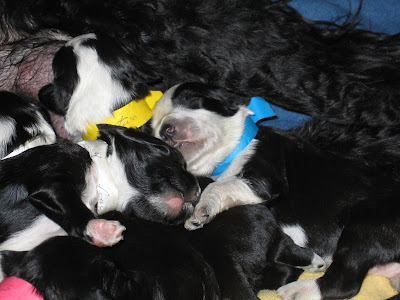 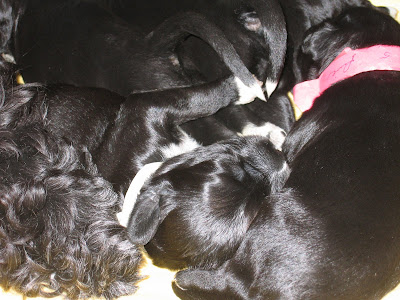 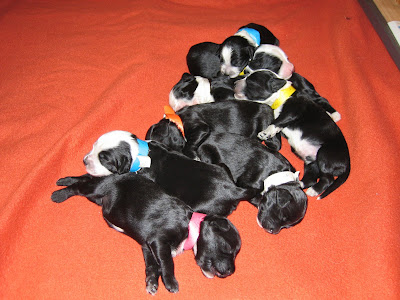 This is Samba today. She was a great mom and still enjoys her pups. 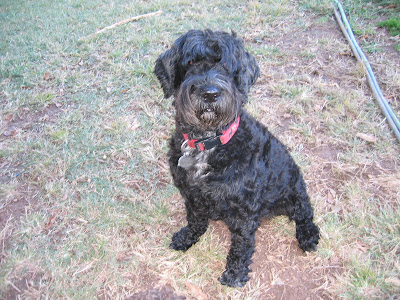 Congrats to you and Samba for such beautiful babies. They grow up too fast, don't they?

Ahhhh, puppies...squeee!
they are just the cutest babies and still are cute all grown up today!