I tend to get melancholy at New Years. I think about the past and about things I had planned to do, but never got to, or started and never finished. This year I was thinking about the different ways I've celebrated the holiday.

The best New Years celebration I've had was the one seeing out 1984 and welcoming 1985. I was in Moscow, USSR. 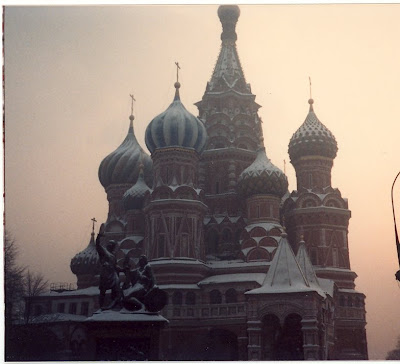 We were a small group of Americans at the hotel. The Russians treated us wonderfully, giving us gifts as we entered the dining room. There was a chilled bottle of champagne at each place. There was never a lack of alcoholic beverage while we were visiting Russia. Since we couldn't drink the water for health reasons, and coffee resembled thick mud, we all indulged.

We had a magnificent eight course meal starting with one of my absolute favorites, a hot mushroom dip. After I married Rob, I started a quest to find the recipe for that dip. Poor Rob was forced to eat dozens of mushroom dishes, until I found the right one. It's called 'Gribnoy Zhulien' from the book Please To The Table, by Anya von Bremzen and John Welchman. 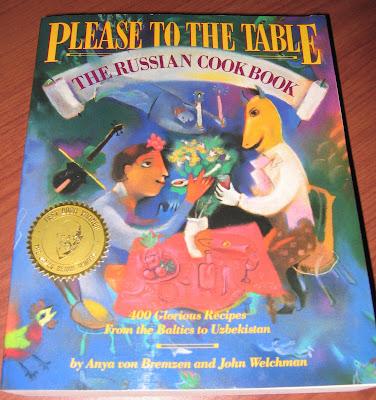 It's a finicky dish that takes a long time to prepare, but it's so good. We eat it with bread sticks but it's also wonderful spread on steak.

We had many courses, with the main one, Chicken Kiev, coming just before midnight. It was delicious, melt in the mouth good. The Russian ice cream with shaved chocolate topping came at 3AM. Many of the party goers were asleep in their rooms by then, as we had to be up at 6 to tour Lenin's tomb. 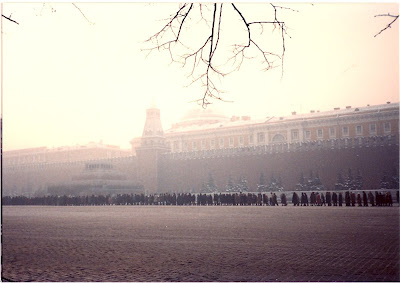 Some of us, however, decided to just stay up drinking and dancing, and got to eat lots of ice cream.

There was a live band and we all danced for hours. They played 'Rock Around The Clock' about every third number for the Americans. 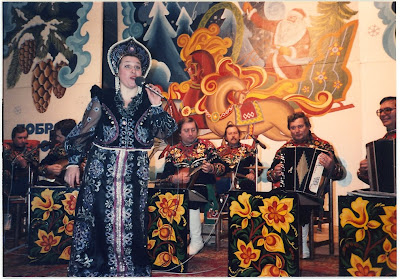 We celebrated each hour with the tourists from other countries as the new year arrived in their homelands. There were many international toasts.

Most of my New Years Eves have been much calmer. For ten years I worked for a bank in the accounting and auditing departments. We had to work on New Years Eve to close out the books. Often we worked past midnight, but occasionally got home in time to see the ball drop. I remember that in those years I always made the same resolution. I resolved that in the new year I would find a new job, a new home and a new man, not necessarily in that order. Yet, when the next new year came around there I was living in the same place, at the same job, dating the same guy.

Finally I did it. I moved a few times, some nicer, some not. I got new jobs, some better, some worse, and I dated different men, most nice, a couple of losers. Then on January 15, 1986 I met Rob. All at once I had a new man, a new home and a new job and here I am now.

We've had some interesting New Years celebrations together, such as landing in Trinidad at 11PM and listening to steel bands playing in the new year. 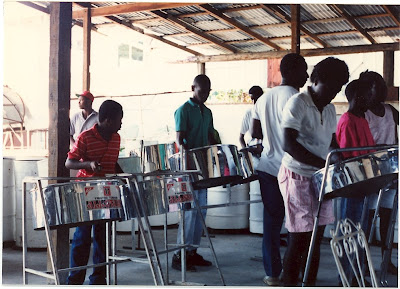 We spent New Years day walking on the beach and enjoying the warmth of the island. Most years we stay home and watch the crowds in Times Square.

I don't make resolutions any more, haven't in years, but this year I have. Here are some things I want to do in the coming year:

Learn to operate my embroidery sewing machine and produce some pretty things.

Learn to use the scroll saw Rob got me for Christmas.

Make a doll or teddy bear.

Work with Fudge to get his third leg of Rally and earn his title.

Get one or more pups into obedience and ready for competition.

Organize the books in the library.

Finish most of my UFOs.

Practice random acts of kindness and senseless acts of beauty. 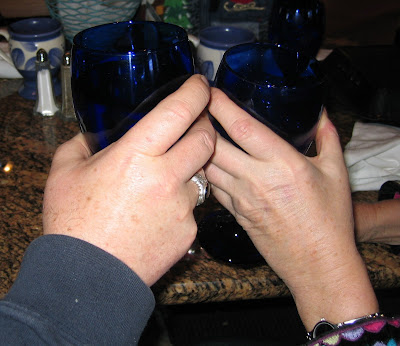 Wow! You've had some great - and not even nice - New Year's Eves. Your resolutions sound like fun, and I'm especially looking forward to hearing about the dogs and their roles in 2009's resolutions...

What interesting New Year Eves you have had, the one in Russia sounds fabulous, you sound very content with your life now, how wonderful for you.
x

Lovely list and a wonderful retrospective. Glad you found Rob.

Will look forward to seeing how your goals play out. g

i feel like you do too, down at this time of the year. i can't shake it off at all this time...oh well....am sure tomorrow i will feel better! never been to russia, would love to. hugs.