On Wednesday we got the call we'd been waiting for. The samples we provided to the University had produced some answers to the cause of the mystery disease. Sky and Samba have cryptosporidium and clostridium perfrigens. 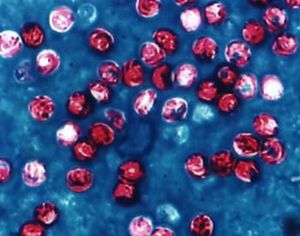 Now what do we do about this since they seem to be drug resistant?  Well, the answer is rather gross, so you might want to stop reading here.

While surfing the internet Rob found reports of people who had been treated for intestinal infections by using a procedure called fecal transplant. We called Dr B and asked him about it. He got in contact with the university vets and after numerous calls back and forth we all agreed it was worth trying.

The procedure involves replacing the fecal content containing the harmful bacteria with new fecal matter containing healthy bacteria. It has been successfully done on many humans and a couple of zoo gorillas, but we couldn't find any records of dogs receiving the transplant.

We decided to go for it and this morning Samba and Sky went to the vet hospital along with two bags of fecal matter from healthy donors. We selected Bailey and Norma Jean as the donors. Bailey had the illness and recovered easily and Norma Jean didn't get sick. Because of their close relationship they would make good donors. 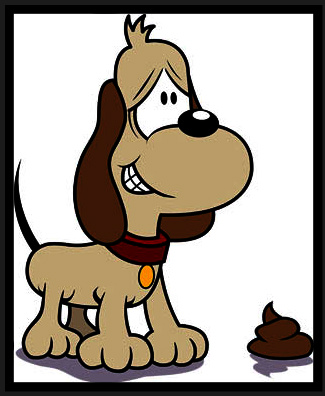 We just got word that the initial procedure went well and the dogs are resting. The first step was flushing out as much of the bad poop as possible and rectally injecting the good poop. The donated poop was mixed with milk and injected. On Saturday and Sunday they will receive more of the "poop soup" orally. I'll be using a syringe to feed it to them. This probably sounds worse than it is, since dogs don't have the same aversion to poop that we humans have.

We may have to repeat the procedure until the good bacteria gets established and fights off the bad stuff. We'll know in a few days how this is working by observing the dogs. So at least we know what we're fighting and have a game plan on how to fight it.
Posted by Sue at 4:04 PM

Oh Boy, some good news finally, not you know where to go, still got our paws crossed though.

Hopefully this will be the start to the road to full recovery for all. We are not sure about that poop soup and how it is being injected, but hey, if it works, why not? All our very best for success. About time all pups were healthy.

Well, it is disgusting to read, but if it works, that's what matters. Fingers crossed for your 2 sick fur kids.

Wow! I'm glad you've identified the organisms. This is a learning experience for all of us! I hope the fecal transplant works. I assume you've discontinued all antibiotics for the duration of this treatment, right? Kudos to Rob for tracking down this unusual approach! Best wishes for success!

Crossed paws that the transplants are successful... and fast.

Our paws are crossed that this works!

I'm glad you now know what you are dealing with, and hope the treatment works. Have you and Rob any idea of what the source of the crypto. was (contamnated roof water, food, etc) so your dogs don't get sick again?

It does sound gross, but I will be praying that it works!

Okay, I was with ya until the 'orally' came in! OMD! Oh, the things you peeps do for us pups!!
I am sooo glad that they figured out the problem! So much better when you have a diagnoisis, and you can have a plan.
I'll be keepin' my paws crossed that the poopie transplant is a success!!! Yea, poopie!!

That's disgusting, but I hope it works!
Nola

Think of all the dogs you know who think cat poop is the yummiest stuff there is. So maybe this won't be so hard to take. Although for the Mom it might be another story. I pray it works and works quickly!

Hugs,
Jo and Stella and Zkhat

We sure are hoping it works. Never heard of it before
Benny & Lily

So good that you have not only a diagnosis but also a procedure to help them recover. I read something recently in the Australian newspapers about fecal transplant and I think it said it's not all that important to get a donor match. Good luck!

That is pretty cool stuff. I hope it works. Your vet sounds awesome.

Howdy All, well it sounds gross but we love hearing about these advancements in medicine. We have paws crossed it works out fine and next time we can hear about solid poops!! Take care all. No worries, and love, Stella and Rory

We are hoping the "poop soup" works and they recover fully. Woudl be wonderful if all your pup family was healthy!
Tailwags
Ernie,Sasha,Chica,Lucas, & Rosie

We'll do anything for our kids won't we? FYI-I had crypto when I was on food animal rotation in school. Not fun.