Well, we made it thru the weekend. Samba is being like a spoiled child about eating. She has decided that she doesn't like liver. Ok, I can't blame her for that one. On Sunday I made her a cheeseburger of her very own. She ate the cheese and left the burger. I offer her two bowls of dog food each morning with two different varieties of kibble. One day she'll eat one type and refuse the other. The next day it's just the reverse. I never know what she'll eat from hour to hour.

Except for tuna. She has decided that she loves canned tuna. The vet said to feed her the kind packed in oil, so that's what I do.

Today she has eaten almost a cup of kibble, several pieces of cheddar cheese and three cans of tuna. She also drank a bottle of Boost for extra vitamins. 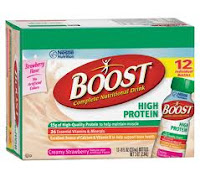 This afternoon we went to the vet's office with her and Sky. I held my breath when they put her on the scales. She had gained two whole pounds since Friday. To be absolutely sure we took her into another room and weighed her on different scales, but the result was the same.

The news isn't as good for Sky. He has become sicker since Friday and has lost four pounds. His fever was also up.

Dr B made another call to the veterinary school at the University of Missouri. They feel we should do a lab test on the stools of Samba, Sky and one of the dogs who has recovered and check for a number of different things. So on Friday I'll be donning rubber gloves and following them around with little cups for samples. 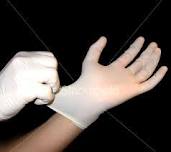 Morgan became sick on Monday but seems to be recovered today. The doctor feels that Samba has a chance if she continues to gain weight, but we're aware that she has other things  going on and we may not have her with us for long. Right now we're worried most about Sky. He's young and healthy and shouldn't be having such a hard time fighting this off.   Let's hope this test will tell us once and for all what we're dealing with and how to fix it.
Posted by Sue at 9:26 PM

The roller coaster ride continues. We are thrilled to hear that Samba is eating (even if only some) and that she has gained weight. But Sky, so very sorry to hear he is worse. We hope your vet and all the tests can find something to work with to eradicate whatever is going on. Continued prayers and crossed paws.

Hugs and Woos - Phantom, Thunder, Ciara, and Lightning and Mom

What a roller coaster. I'm glad Samba's gaining, but poor Sky! Fingers crossed for you all
Nola

I'm with those who hope the tests will tell the story. Has Sebastian avoided this completely?

Hooray for Samba for gaining and snarfing up the Tuna, and prayers for Sky to recover.

we are keeping all our paws crossed Samba. Sending you lots of good vibes sweetie
Benny & Lily

Well we are still here, hanging on also, PLEASE keep all informed, remember the Power of the Paw is with you.

We're keeping all our paws crossed, including Jed's bandaged ones. Sure hope the vets can figure out what it is and fix it.

Oh, Ma has been thinkin' of you guys all weekend. I've been sendin' POTP and good thoughts you way. Gosh, Great news about Samba, lets hope she continues to get well. Sky, oh boy. I hope maybe the tests will reveal something (?).
Know We are thinkin' of you and hopin' you are takin' care of yourself too.

Hugs!!! Oh my, I wish you all the best. This must be so upsetting.

Oh heck Sue, I don't even know what to say. Samba is so very lucky that she has you and Sky is young and healthy and with luck will be able to fight this off. I'm glad Morgan just had a quick bought. Who is the fought and won lucky one who will donate a sample?

This must be very trying on you and your family....glad to hear that Samba is eating better and sure do hope that Sky feels better! Our prayers are with you.
xoxo Chloe and LadyBug

Great news for Samba. We're so glad she's eating. Fingers crossed for all of you!

Roller coaster ride is right! Our paws and fingers remain crossed for all of you. You must be absolutely drained, Sue!

Bloomin heck, this is a mystery for sure. We hope the poop test will confirm something. Paws crossed here for all in your family who are sick. Here comes some healing slobber too......gotcha. Take care everybuddy. No worries, and LOVE, Stella and Rory

What a nightmare. This is one potent infection. Keeping the whole pack in my heart.

We are still saying prayers.

We're crossing our paws super tight and hoping everyone improves!

oh my gosh. I feel for you so deeply these days. I like how your vet works with you, and send all good wishes your way.

This has been a terrible roller coaster for you. I'm hoping for the best for all of you.

What a nightmare. Hang in there.

I've been thinking about you and the pups, Sue! It's so challenging when they don't want to eat. I hope Samba continues to gain some weight and that things turn around for Sky soon. I also hope that the additional tests will shed some light on your situation!