I had a different post planned for today but this week has been extraordinarily difficult on a number of levels, so I'll save that one for another day when my mood is lighter.

I'll catch you up on why I haven't been around to leave comments on your blogs much this week. As you know we have a mystery creature collecting dog biscuits in the garage. He has not yet been captured as the trap was due to be delivered today but it's a holiday. Instead I'm leaving a few of his recycled biscuits out each night for him and so far he hasn't gotten into anything else, at least we haven't found anything. Amazon says the trap should be here tomorrow, we'll see.

Sebastian is doing fairly well. I was very worried about him last night. He looks so sick and of course the neighbors started shooting fireworks even before it got dark. His vomiting stopped in the afternoon as did the diarrhea. He seemed to sleep better till the boomers started, then he got all upset. I leashed him, gave him some valium, closed the blinds, turned the TV up way too loud and kept him close to me all evening. None of the dogs would go out for last call even though we waited till almost midnight. We were all up around 4 so they could go out and there was only one accident overnight, from Morgan. 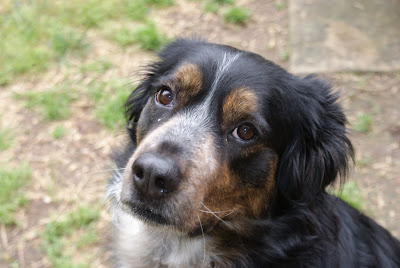 Today Sebastian has had two very small meals and so far has kept them down. He looks less stressed and seems more like his usual self. I am not looking forward to tonight.

Finally, I got a phone call early this morning that I was expecting but hoping not to get. My cousin's wife Mary died yesterday. Mary had breast cancer several years ago and we all thought she had beaten it, but recently it came back and had spread. Tuesday when I posted the ribbon, she had been sent to hospice care and we knew she didn't have much time left. This is Mary at a much happier time. 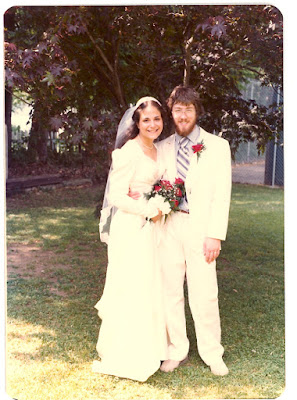 It's very hard to be far from one's family when there's a crisis. My thoughts are back in Mexico, New York and have been for most of the week.
Posted by Sue at 2:42 PM

Sue, I'm sorry that at a time of celebration, you are mourning the loss of your beautiful cousin, and trying to keep your pups calm. I'm sending peaceful vibes and prayers of comfort for all of you.

We are so very sorry to hear about the loss of your cousin - what a lovely couple and such a pretty lady! Soft woos and gentle hugs to you and your family.

Good to hear that Sebastian is doing better today - let's hope that things continue that way despite the events of the nights to come during this fireworks frenzy.

We're sorry Sue for your troubles. I wish that we could take Sebastian for a few days.

We are so very sorry to hear about Mary, Miss Sue. What a beautiful girl she was.
Paws and fingers are crossed for Sebastian and all of the other pups for tonight and as long as the stoopids want to shoot off those evil fireworks. Of all of the holidays, the 4th is our least favorite.

Strong rottie condolences to you and your cousin for the loss of his beautiful wife. Cancer sucks. I know we all know that, but it does. Sebastian, we are sending you calm vibes tonight. And loves.

Sending loads of hugs and Penny puppy kisses to you and Sebastian!

I am sorry for the loss of Mary.