I meant to post this last week when it happened, but so much was going on at once that it got pushed aside. Still, I was so impressed in a horrified sort of way, that I wanted to post about it.

I grew up in a farmhouse about two miles outside a small village in Central New York.  The place was surrounded by acres of woods and there was a little creek running thru the property. When I was little it was a dirt road but it was later paved and well maintained by the town. Later my Aunt and her family moved there and she still lives in the farmhouse. Rob and I were married in the living room.

Central New York has been getting lots of rain lately. and last week this happened. 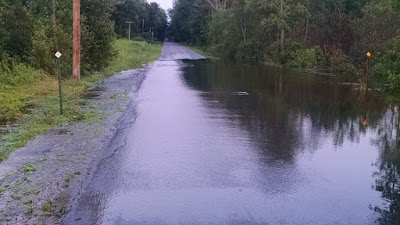 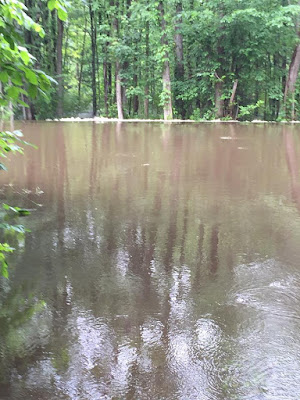 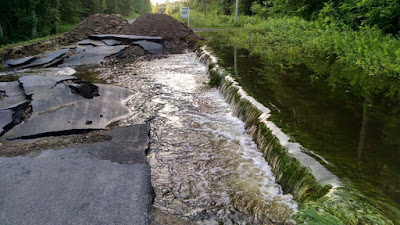 It seems that an old, very large, active beaver dam sprung a leak from the heavy rains and the sweet little creek turned into this nightmare. 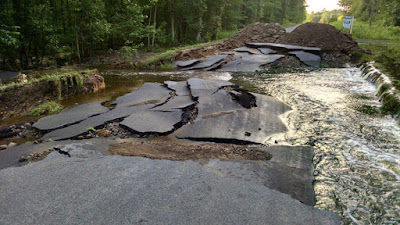 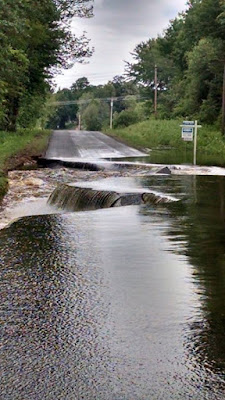 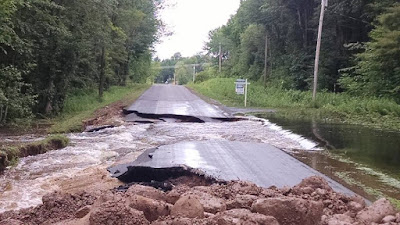 It doesn't seem possible that water can do so much damage so quickly, but there it is. 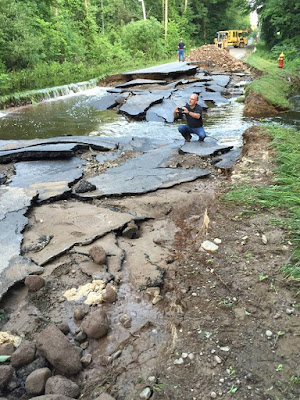 The town got there quickly and did a temporary fix. They were to return in a few days to repave and get things back to normal 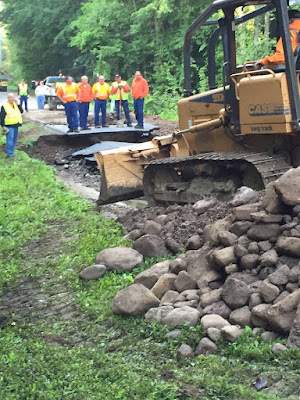 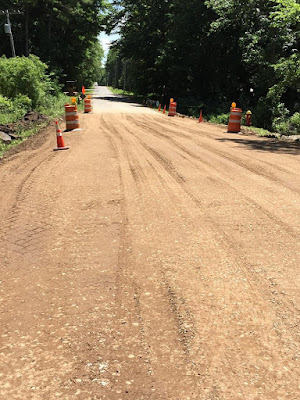 Get to work Mr Beaver and repair that dam. 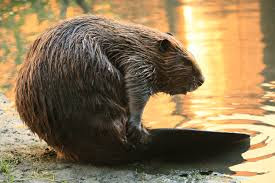 Mom is always amazed at how destructive the force of water can be. No wonder she still doesn't know how to swim:)

That one poor beaver better call in some sub-contractors!! Did you hear we're having a drought? BOL!! Why can't Mother Nature share the wealth a little bit??

That's awful!! But it was repaired much sooner than it would be here! We would still be waiting!

Wow! A broken beaver dam. That's a new one for us. What a mess! Glad it's been repaired quickly.....the road, that is....we think the beaver will be working for a long time.

Wow - who knew all of this damage could happen from a beaver's damn! You're right, Miss Sue - that beaver needs to get back to work!

We've seen that kind of damage around roadsides in the rare cases where we've had several inches of rain in a day or less. In my little town we have never had an entire road wash out (although a couple of bridges have gone sailing downstream), but it has happened not too far away from here, nearer the rivers! I second "that's why I don't swim!"

OMD, the rain storms have been just crazy across the country!!! and NOTHIN' for us...pffffft!!!! Sorry abouts the road, butts WOWSA! Good work! That was a fast recovery job those road peeps did! YEA!!!!
Nows, Mr. Beaver...or, should I probably say...MRS. BEAVER....gets to work gurl!!!!
Kisses,
Ruby ♥