We have two more birthdays to celebrate today. That fancy box of cookies I bought over the weekend will be our special treat.

Tsar is seven years old today. He started out as such a terror, we didn't know if we could handle him, but he's turned into a sweet, calm dog that makes few demands. He's totally trustworthy and mostly quiet. 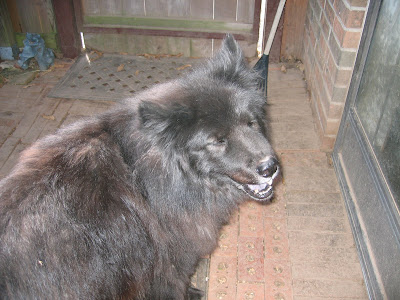 He loves the cool weather, doesn't mind rain and lives for snow. He begs to ride in the car and is very well behaved while traveling. 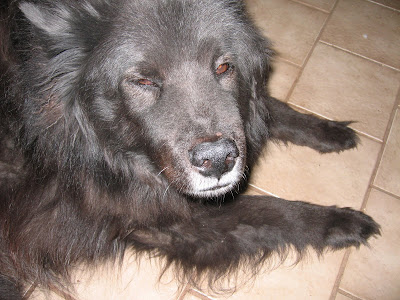 Tsar has so much hair that he really feels the heat. He chooses to sleep in the hallway near the front door. The floor is tiled there and cooler for him. In warm weather he only wants to go outside in the early morning, after dinner, and before bed. The rest of the time he sleeps in the basement where he feels cool. He soundlessly appears for cookies now and then. 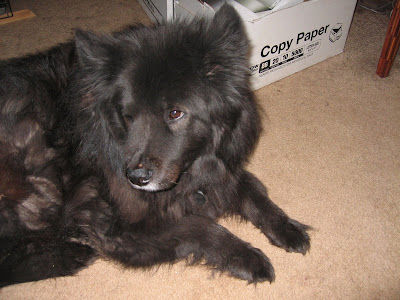 If Tsar wakes me at night, which has happened only a handful of times, it means it's an emergency and I'd better get him out quickly. 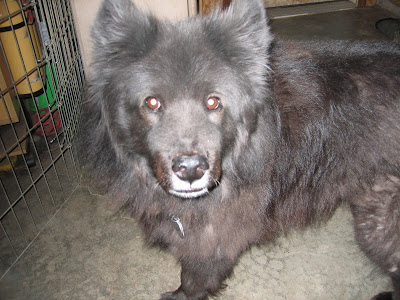 Morgan is nine years old today. She's the sweetest little dog anyone could want. She is very shy and afraid of loud noises, but she wants to go everywhere we go, and if the conditions are right, we take her. 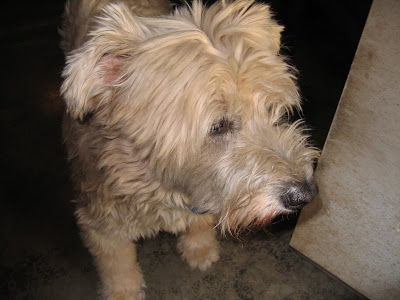 Morgan has several medical problems and we are trying to adapt to them to make her life easier. As I've mentioned before, she has obsessive-compulsive disorder. She has liver disease and starting last spring she has some mental disorder that we're still trying to figure out. 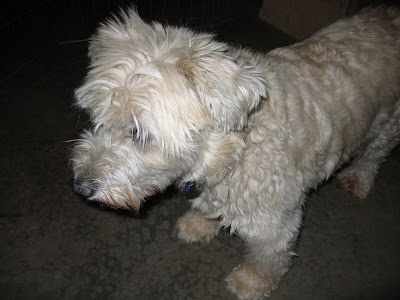 By trial and error we've learned how to live with Morgan's various problems. She's worth it. It would be hard to find a more loving animal. 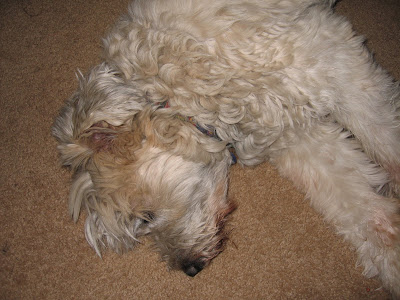 Morgan has learned to like riding in the car and is well behaved while riding. She used to be a tireless retriever before her most recent illness. She enjoys playing in the water, but her favorite activity is curling up next to her human for a nap. 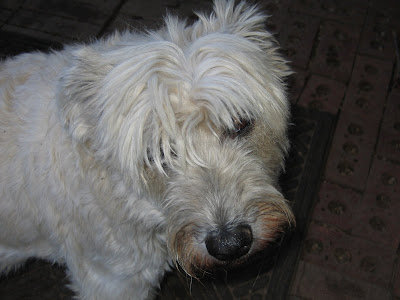 Morgan and Tsar are both 'throwaway' dogs. The people who owned their mothers, didn't care enough to prevent an unwanted litter. Once the pups arrived, in Morgan's case the humans paid no attention to them until they decided to drop them at the shelter. Tsar and his litter mates were well fed and clean, but also turned over to a shelter. The humans didn't care enough to remember their actual birthdays.We counted backwards and came to this date for them.

There are way too many 'throwaway' dogs. Though humans think of ourselves as superior, until we begin to care about and care for the other animals we share the planet with, we have no right to use the term. 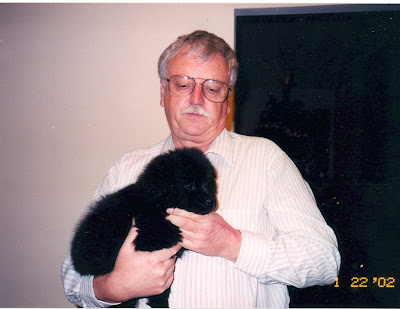 Here are my 'throwaway' dogs when we took them in. How can anyone abuse or neglect these babies? 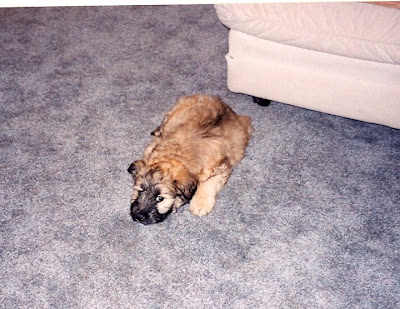 Happy Birthday Morgan and Tsar. You are much loved.
Posted by Sue at 10:25 AM

Bless you and your birthday babies. Responsible pet ownership is a duty, not something you get around to!

Happy Birthday Tsar and Morgan. What sweet dogs you are. I am glad you have found such a good home.

My unwanted dogs have birthdays coming up too-so does my abandoned cat. We can't imagine our lives without them. At least all our babies are better off having been thrown to good homes than left to waste away in bad situations. But not all are so lucky...

happy birthday to you both. what is ocd in a dog how does it show? snuffs is also 7 years old, happy b day you two sweeties.

Thank you so much for your nice comment on my blog, I am sure your little softies will be wonderful when you make them, I can't wait to see them
Kathy
x