I've Got All My Sisters With Me

The second group to get a snack included Noah and his sisters. Fudge tries to push Noah around and Noah is afraid of Tsar, so I though he'd be more comfortable eating with the girls. 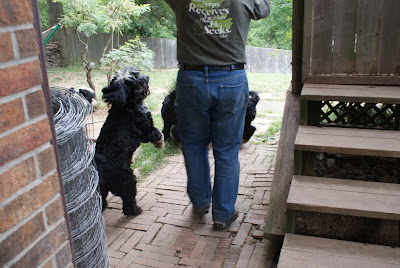 The girls were so excited they were trying to jump up and see what was in the tub. 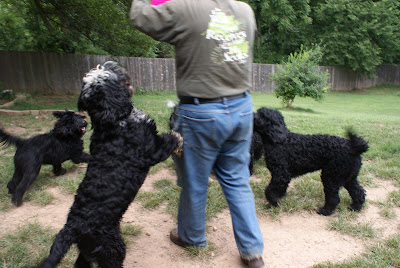 They didn't get to choose the snack but whatever it was, it was OK with them. 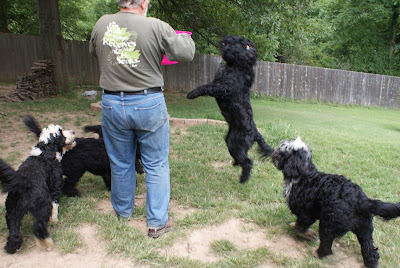 That's the famous Flying Lola trying to be first. 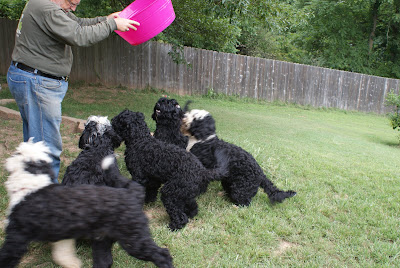 Everybody sit. They were all getting into position as the tub was lowered. 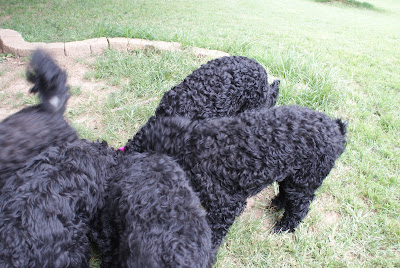 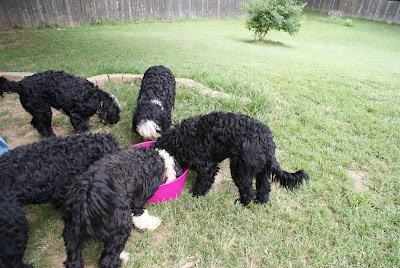 This group shares really well. The tub is only big enough for four big heads at once, so they would grab a piece and step back to eat it. 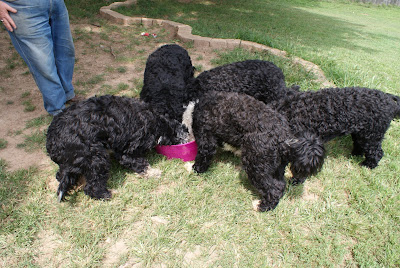 There was no growling and no pushing as they ate. 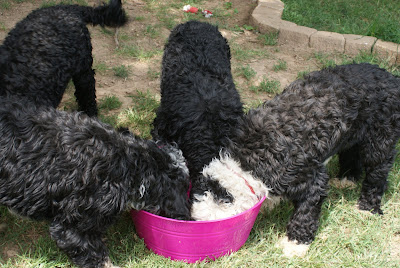 Noah doesn't feel threatened by the girls so he gets his share. 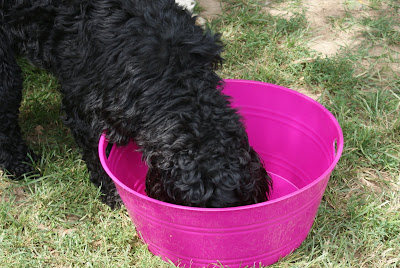 Bailey was the last one finished. 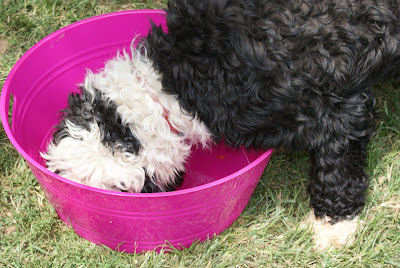 Noah went back to make sure there were no pieces left behind. When everyone was done and had run around a little, they all went inside so the last group could come out and eat.
Posted by Sue at 5:41 PM

The KIND of snack is not important, as long as there IS a snack of some kind. Makes sense to me!

I am amazed at how well your dogs share. They are so good. g

I think it's great that they can all eat out of the bucket together. I know I've said it before, but Marge would get all crazy and try to scoff it all down before anyone else. Looks like they enjoyed their treat peacefully.

They love the water melon. They all do very well together when eating from the same bowl. What a happy bunch. Julie.C

Watermelon is an awesome snack to get in this hot weather! Enjoy it!

What great pics... here its flying Teutul who always has to be first... lol

Wow! you are all so well behaved! I would have jumped into the tub and sat on the wally melon so no one else could have any! BOL!