Most parents of human children have experienced the situation where the child wants to do something and one parent isn't enthusiastic about it at that moment, so the child goes to the other parent hoping for a better answer. It happens with fur kids, too. 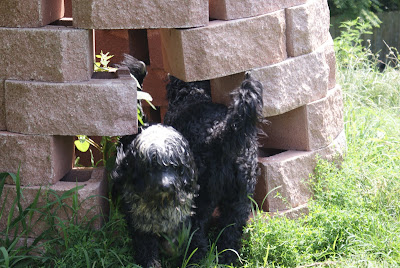 I was unable to get around this week and play with the dogs as I usually do. The weather was hot and dry, so they decided they wanted to play in the water. I told them I didn't feel up to it so they went to Rob and got the answer they were looking for. 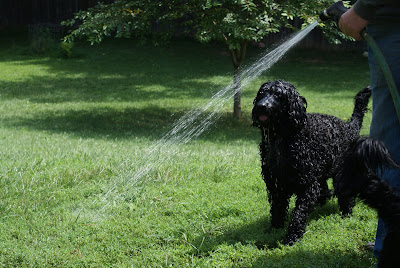 After checking out the shower tower and not getting what they wanted, they convinced him to turn on the hose. 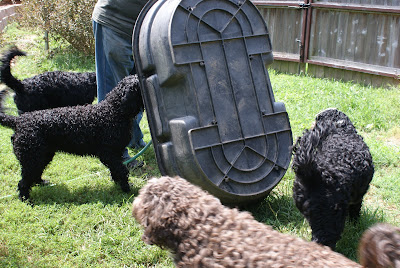 When he rinsed out the wading pool they were all excited about what was coming next. 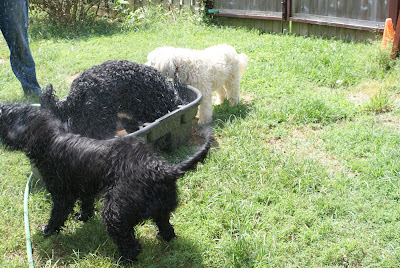 The usual suspects were the first ones in the water. 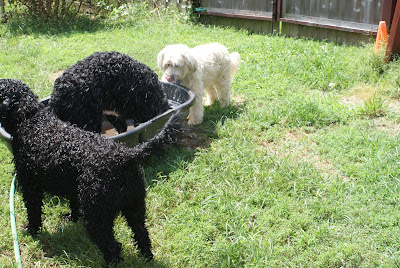 They felt this was the perfect way to spend a hot morning. 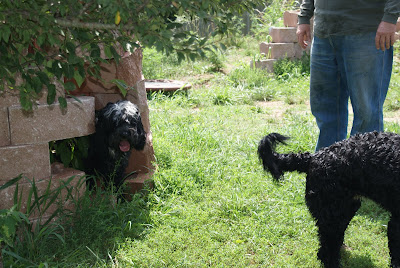 Sky was still looking for something in the tower. 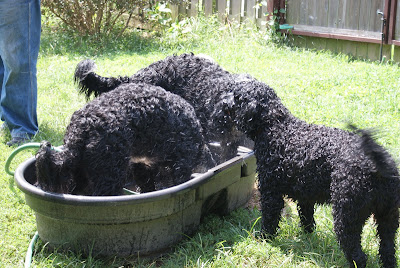 There were dogs waiting in line to get wet. 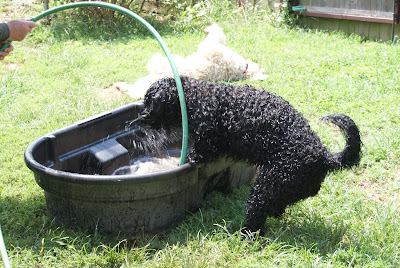 Samba was the ringleader as usual. 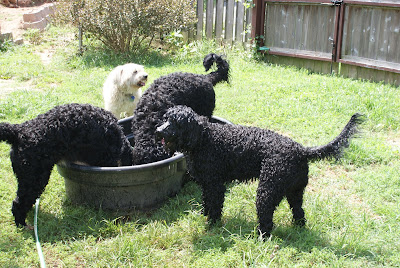 It wasn't hard for her to convince the others that this was fun. 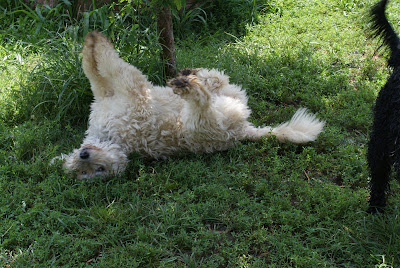 After getting in the spray, Morgan found a shady place to roll and stretch. 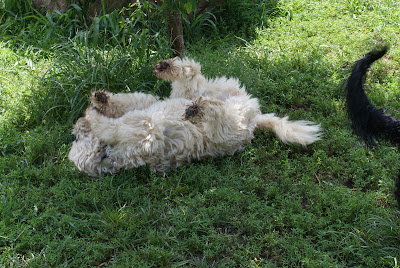 She was really getting into it. 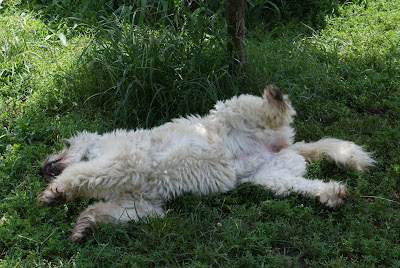 Then the whole troop of damp but happy dogs came inside to cool off in the air conditioning. It takes so little to please them.
Posted by Sue at 11:35 AM

Yea - my dogs do the same thing. Lucy broke her leash on Wednesday and we haven't been out to get her a new one - maybe today. I see lots more walking in her future. I'll ride to the bus stop with JB in the morning, and he and the dogs will be walking to meet me at the end of the day. g

"It takes so little to please them" - isn't that the beauty of dog ownership? Glad to see everyone having a good time, and I hope your ankle is feeling better.

Nothing like playing in the water on a hot day. Great to have a Pool and cool water at home to play & cool off in.
wags
Ernie & Sasha

The pups look very happy splashing in the water. Wish mine would use the plastic pool we got her for such occassions.

Ha - we do the same thing, but it is usually for food. Mom never feeds us from the table, but if we go to Dad and put our sweet faces on his lap, he caves and we manage to get a tidbit or two. We pups are so smart.

Glad you all got to play and refresh in your pool! Morgan look so cute rolling and stretching!
Thor

I love to see your pups having fun in the water! They look so happy!

You guys know how to work the system! We're so glad you got to cool off! Yeaaaaaaaaaaa, dad!

Big fun! I love the photos of your gang at play.

so glad dad was there to play, and do hope that knee/ankle are recovering...xxx

It's lovely to see them dogs having fun!

ooo! Looks like so much fun! I wish I were there to join you!