When I was a little girl my grandfather let me sit on his lap and dunk my doughnut or cookie into his cup of coffee. I developed a taste for coffee at an early age and as a teenager drank a good deal of it with a spoonful of sugar mixed in. 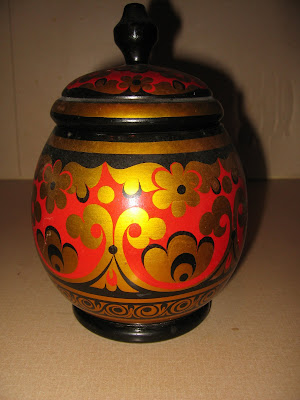 When I worked at the bank I drank a lot of coffee. I had to attend a number of meetings each week. Part of my attendance at those meetings was to poke my boss in the ribs if he nodded off before he could start snoring. Because the secretary of whomever was hosting the meeting usually fixed the coffee for everyone, I dropped the sugar mix and started drinking it black. 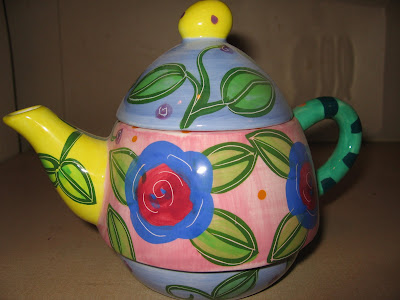 My favorite boss at the bank was from England and he preferred tea to coffee. I had only tried tea a couple times and didn't like the smell, but he convinced me to give it another try and I soon learned to like it. I also drink my tea black, though my boss added both milk and sugar to his. 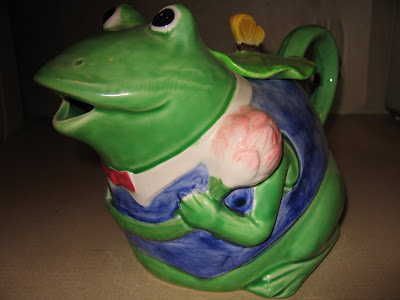 I had two dogs, Libby and Bentley who liked tea. I would fix decaf mint tea, let it cool, pour it into a saucer and add some honey. They would lap it up. 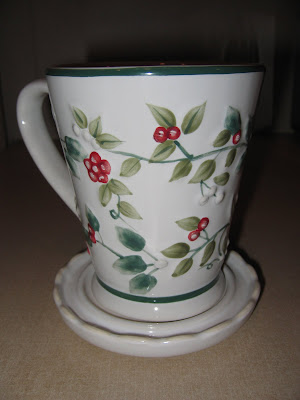 My best friend is from England. She and her husband moved next door to us when we lived in Maryland. We would get together almost every day and have afternoon tea. Sometimes our husbands would join us. Often our dogs would get together to play. We would enjoy a treat, usually chocolate with our tea. If either of us were having a bad day, the other would fix tea for us both. If we had something to celebrate, we had tea. You get the picture. 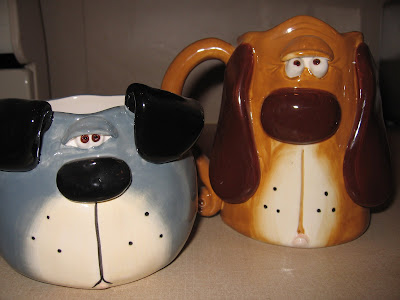 I still drink coffee in the morning to get the day started, but in the afternoon or evening I usually switch to tea. I like flavored teas, but still do not like iced tea or iced coffee. Although I occasionally drink it from a teacup, I really prefer a mug that I can wrap my hands around. Anyone for a cup of tea?
Posted by Sue at 1:03 PM

Oh I love those doggy mugs! I also like the tea for one pot. I lived in England for a few years and they do drink tea differently, don't they? g

I'm a *TOTAL* tea addict. I spend more money on froo-froo teas than I do on starbucks a month... I LOOOVE the teas at teasforallreasons.com (No association!).

I always joke "Tea makes EVERYTHING better", so when I'm upset, demand tea! "Boyfriend dumped you? Tea. Loose your house in a tornado? Yea. Got a broken nose? Tea." It's an easy (And cheap!) addiction!

That frog pot is precious!!!

I learned last night that a friend drinks neither coffee nor tea, not hot or cold. Weird woman... ;)

Well of coirse I would like a cup of tea, you can make it for me while I am playing with your lovely litte doggies!
Your teapots are so cute, and I really love that doggy mug.
x