Somedays the dogs go out and each one finds something to do on his or her own. One may hang around the rocks looking for lizards. One might start to dig a new hole, several will find toys or sticks and settle down to play quietly by themselves.

Other days they want to start group play and nothing starts it faster than one dog finding a treasure and parading it in front of the others. 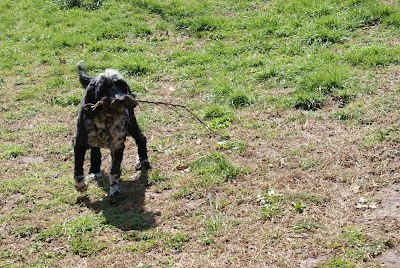 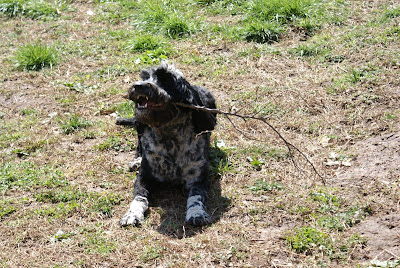 First she plays with it for awhile to show everyone what a desirable toy it is. 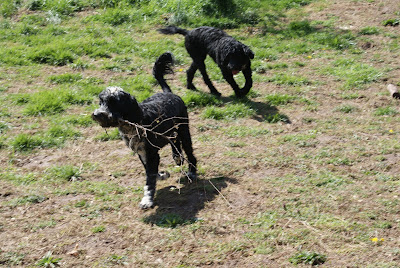 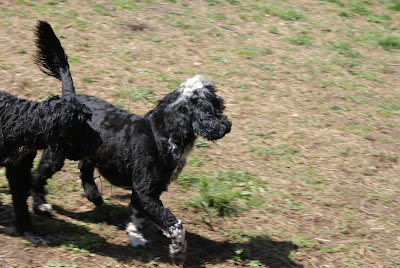 Now Tess plays 'keep away' with the stick, running slowly while holding the stick away from Lola. 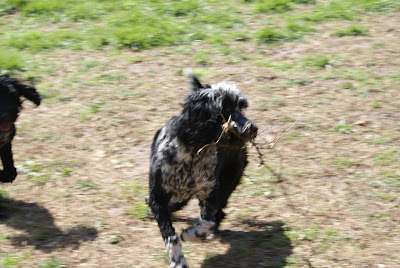 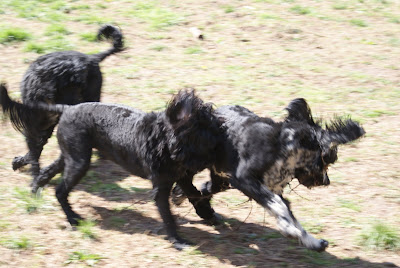 Now Bailey is interested, too. Tess accomplished what she set out to do. She now has two of her sisters chasing her. 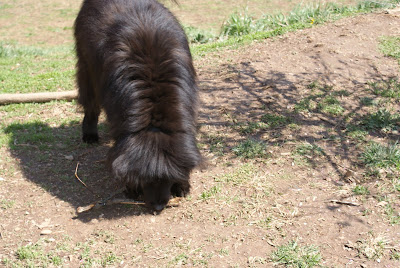 Meanwhile on the other side of the yard Tsar is starting the same activity. First he finds the prize. 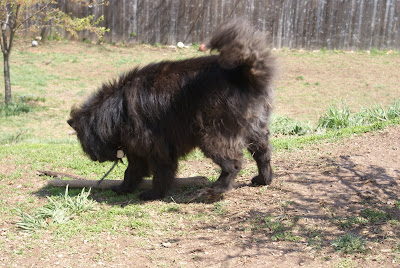 Now he has to make a big production of shaking the stick and making it look like a lot of fun. 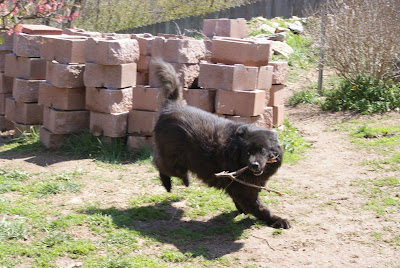 Next he starts running past the other dogs to get their attention. 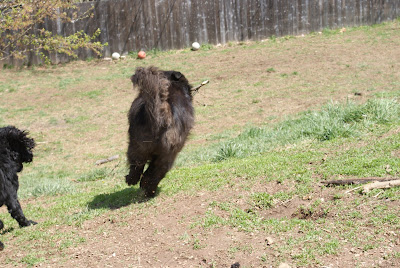 It worked. Samba is going to give chase. 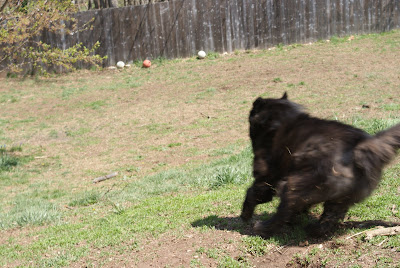 Now Tsar has to turn on the speed. He's not a agile as the water dogs and he has to get well ahead of them. 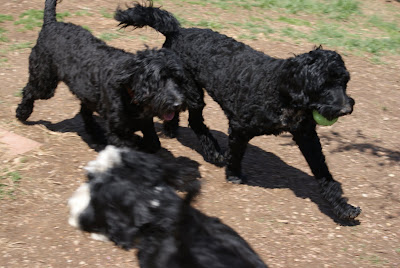 Samba, Lola, carrying the ball and Norma Jean are all ready to chase Tsar. That's how we get big noisy run arounds started. After a good chase all around the yard, everyone is tired and ready to go inside and be quiet for a little while, until the next outing.
Posted by Sue at 11:51 AM

I swear your dogs have so much fun. Mine just had runs ins with all the neighborhood dogs this weekend. g

Hi Pals!
Looks like you all had loads of fun! I went to the dog park and I had a great time meeting and playing with new doggies.
I wish I can be with you one day.

What fun! My girls do much of the same, but on a much smaller scale, of course.

What a great game, we'd love to play in your yard with you!
Thanks for the congrats :D
Slobbers xx