That's What Friends Are For

It's April 1st. I've never been fond of 'April Fool's Day' as it often seems mean spirited. Even as a kid I didn't like 'Candid Camera' type shows that were meant to humiliate or embarrass people for no reason other than the enjoyment of strangers.

In contrast here are some pictures of my pack playing together in small groups. 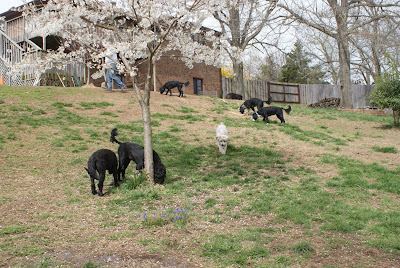 First everyone has to scout the area to see if there have been any changes since we were last out an hour ago. 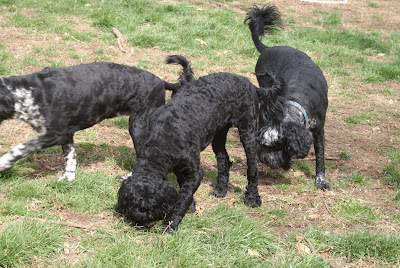 Tess, Lola and Sky are checking to see if any dandelions have poked their heads up. My group loves to eat them as soon as the flowers open. They have done more for control of the pesty plant than we were ever able to do on our own. I'm not obsessed with weed control, in fact we wouldn't have a yard if it weren't for weeds. As soon as the dogs spot one of the yellow flowers they race to it and gobble it up. 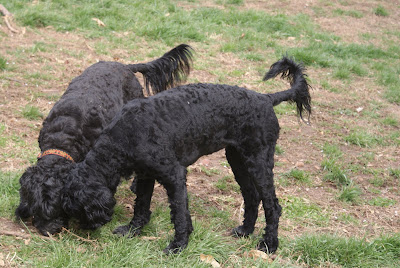 Here Samba and Lola find something fascinating on the ground, a plant or bug? 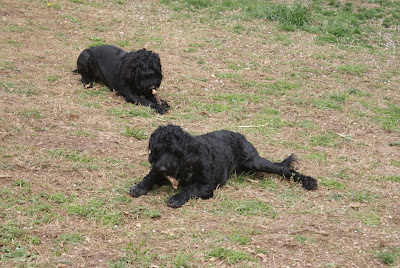 Bailey and Lola settle in for a chew. 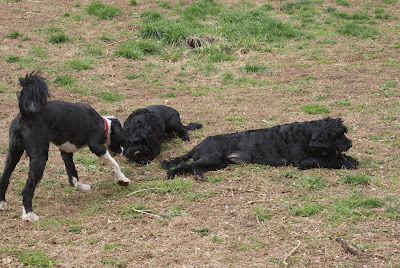 It looks like Noah plans to join his sisters. 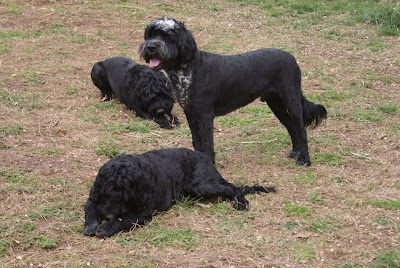 Sky would like to join the girls, but he knows I won't let him chew a stick. He's tried a few times, but as soon as I say something, he drops it. I don't want him to risk any damage to his new dental work. 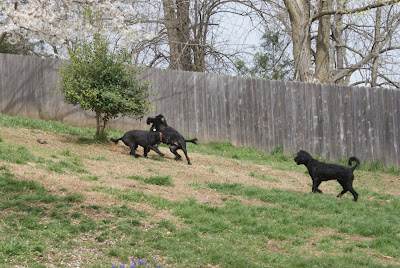 Sky and Samba enjoy chasing each other around and I encourage it so Sky can get more exercise. Lola looks like she's going to join in the romp. 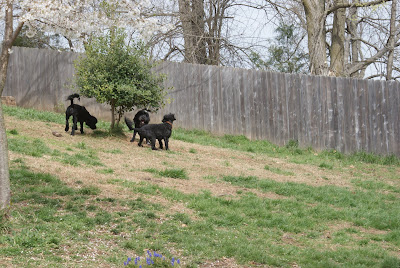 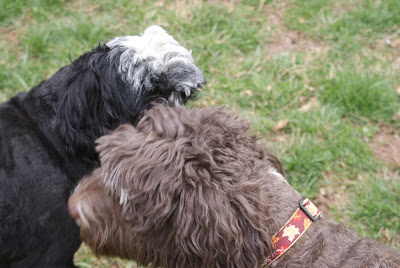 What do you think Tess and Fudge are discussing? 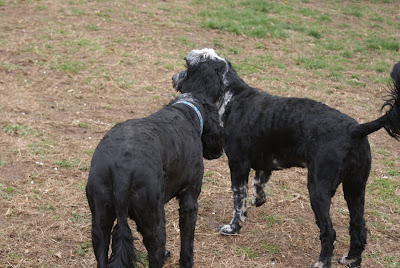 Now Sky and Tess are having a conversation. 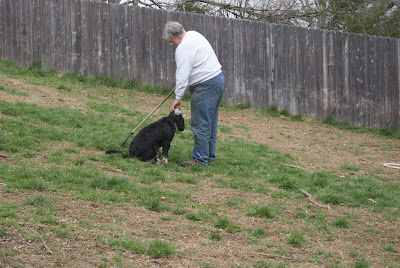 Your best friend doesn't have to be of the same species. Tess heads over to beg some attention from Rob.
Posted by Sue at 12:58 PM

Beautiful pictures. Glad to see a post, was worried - that's what friends are for, too. Love Fudge, it does indeed look like they are whispering to each other. I'm sure JB wishes ours would eat dandelions. g

Your group is so fun to see. And no truer words were ever spoken about your best friend not necessarily being of the same species. Excellent!

fudge's name is perfect for his colouring (but then you know that).

What fun seeing pics of the gang romping in the yard. I never knew that dogs would or could eat dandelions, I learn something new every day!
x

I love seeing pictures of your troop. I wich my three would eat dandelions...maybe if I spread peanut butter on the flowers! :)